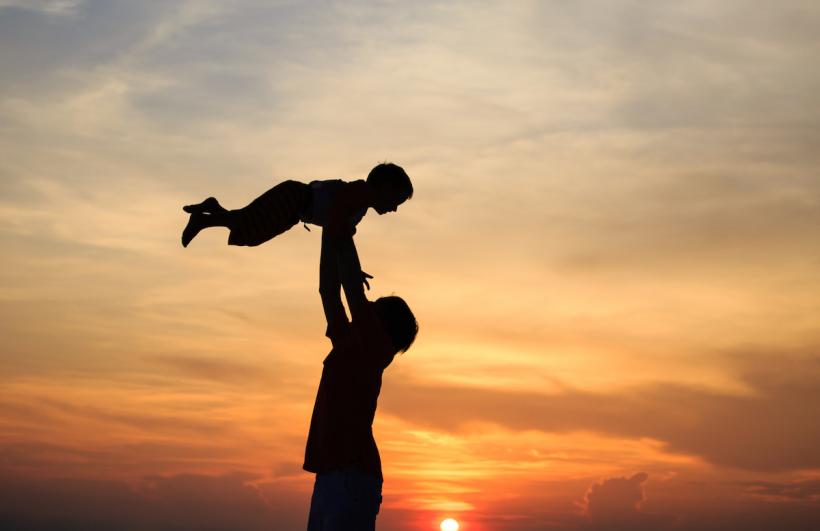 Some people might wrong you out of pure thoughtlessness because maybe they’re too self-involved. They haven’t learned that it’s not about them yet.

I don’t plan on having kids. Not now. Not ever.

And no, I don’t resist the idea of raising kids because I’m a guy who’s afraid of children due to a fear of commitment or because I’m a man-child who wants my potential future spouse focus their care-giving on me, not some smaller, messier humans.

Of course, all that doesn’t mean I haven’t imagined what it would be like to have kids, or the passions I’d want to share with them, or the lessons I’d like to pass on. Maybe someday, my sister will have kids whom I can take out to dinner now and then, undermining all her years of parenting with a wink, a crisp $20 bill, and the gentle encouragement to make reckless choices every once in a while.

Until then, here’s the best advice I will never give the kids I don’t ever plan on having: “It’s not about you.”

I learned this lesson as a very young actor back in Warren, Rhode Island. I was 18, I was doing my first paid acting work ever, and I was watching as the director worked with the other actors, rehearsing a scene I wasn’t in.

The play was Death Comes to us All, Mary Agnes (a really funny one-act by Christopher Durang, which is one of a rare few plays I’d recommend not just seeing but reading if you ever have the chance!). In this particular scene, a young woman has a violent seizure and the butler rushes to her aid.

He was unhappy because of how self-involved the actor playing the butler had been throughout rehearsing the scene. It’s hard to describe in words, but the director tried to explain how it could be as obvious as which way his body was facing and when, or it could be as subtle as tiny differences of intention.

For example, his initial lunge was maybe more about I have to move quickly rather than She needs help now. His thousand-mile stare at the end was too I am so traumatized by this rather than Is she okay?

The director said again, “It’s not about you.”

He wanted the actor and all of us to understand that we were onstage together to tell one story. It wasn’t about any one of us, it was about working together to serve the whole.

I’ve been able to take this lesson and apply it in many areas of my life. It has often acted as a reminder to be less selfish. Granted, “selfishness” can be an important act of self-care, but that’s not really what I’m talking about.

I recall this advice whenever I’m asked favors by family members, when I cater to odd requests from roommates, and, above all, when I’m in a serious relationship. Really, it’s a good mantra to carry into any relationship — friendships, creative partnerships, and especially committed romantic relationships.

Keep telling yourself “it’s not about you” — because it isn’t. If you are in any kind of relationship solely for what you get out of it, you’re in that relationship for the wrong reason.

Really, it’s not about the other person either. It’s about the relationship. Like actors in a play, you’re there together to tell one story. It’s not about you.

Be kind, be generous, be compassionate, be forgiving, and above all, be supportive of the relationship itself — not just the other person in it.

So, someday, when you’re in a relationship with someone you love, and they inevitably beg you to go to the movies with them some Thursday night at midnight to watch the premiere of some movie you’re just not that into, go.

For the love of all things good, just go. Watch the movie, eat some popcorn, drink a little more than your fair share of that large soda, and when it’s all over, kiss that person you love. Show genuine gratitude that you are lucky enough to be with someone who wants to spend time with you, sharing something they care about.

It’s not about you: It’s about the relationship.

On the other hand, when people treat you poorly, it’s also good to remember “It’s not about you.”

I’m all about introspection, taking responsibility for mistakes, and working to do better. However, sometimes people will treat you like you wronged them when you’ve done nothing wrong.

Sometimes, people will treat you poorly for no reason at all. It’s easy to take that sort of stuff personally and let it drag you down. Don’t. It’s not about you.

Most people are doing their best. One way or another, we’re all just piles of stress and anxiety trying to put ourselves together. Some people might wrong you out of pure thoughtlessness because maybe they’re too self-involved. They haven’t learned that it’s not about them yet.

Others allow their fears to encourage bad behavior. It can be fascinating to think about the ways people’s insecurities make them act like assholes.

Ultimately, when someone treats you badly, especially someone you don’t know, it’s almost never about you. Usually, it’s about them — their bad morning, their fears, their insecurities, their pain.

So let it go. If you can manage it, treat them with way more kindness than they deserve in that moment, because although they may not be earning it, they probably need it.

One last thing: If you’re reading this and you happen to feel like you don’t really agree with this lesson; that you’ve done just fine in life doing things your way; that you’re taking some of the examples personally because you do (or don’t do) those things, but you know yourself to be a good person; or that this all seems a bit silly and simplistic, well…

It’s not about you.

If you like this article, please share it! Your clicks keep us alive!
Tags
parenting
childless
childfree
advice
christopher durang