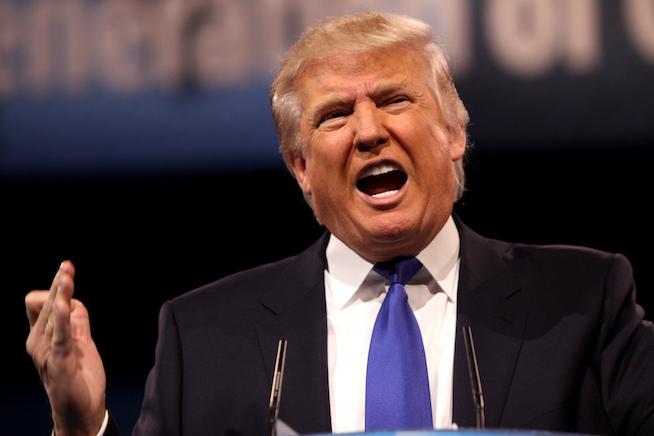 So let’s think about what we know of Mr. Trump. He is crude, impulsive, egotistical, greedy, and devoid of empathy.

My fellow feminists. I come to you with a plea: it’s time to get serious about the unserious nature of the presidential campaign. The moment for witty retorts has passed, and we need to buckle down and start telling the Fox News Nation that Donald Trump is wildly unqualified to be president.

This is not about hot-button political issues like abortion or gun control (although anyone with the power to appoint justices to the Supreme Court wields a lot of power in those areas). It’s not about DC insiders versus the Real America. It’s not about political correctness. It’s about the fact that Mr. Trump doesn’t seem to have the faintest idea what a president does, what a president is allowed to do, and what is required for a president to do any of those things. AND THAT IS NOT OK.

I’ve been listening to the things Mr. Trump is saying, and they are nonsense. Most of what he promises has nothing to do with legislation. He wants to build a wall to stop immigration over the southern border. He wants to prevent Muslims from entering the country — both foreign nationals and citizens who have left the country and seek to return. He wants to surveil mosques.

News for you, folks. Not one of those proposals is within the scope of powers allotted to the president. All of those ideas would require new laws or massive revisions to current law and — take note of this to tell your drunk uncle at Christmas dinner — presidents do not make laws. Not a one. Congress makes laws. Presidents can work with Congress to influence laws, and they can approve or veto laws Congress makes, but they cannot unilaterally make and implement new laws. Can’t be done. Not allowed. Constitution says so.

So all of the stuff Mr. Trump swears he’s going to do to make America great again is a stinking pile of horseshit. He can’t do it, and no other president can, either.

Here’s what presidents can do: serve as commander in chief of the armed forces; negotiate treaties with foreign entities; appoint judges, justices, and administrators to federal agencies; issue executive orders.

(That drunk uncle will jump all over the executive order thing and claim it’s a back door to tyranny and cite some executive order that Obama supposedly issued. Tell him executive orders pertain to the operations of federal agencies and are only as effective as the amount of money Congress allocates to those agencies. Checks, meet balances.)

So let’s think about what we know of Mr. Trump. He is crude, impulsive, egotistical, greedy, and devoid of empathy. Is this a person you'd want negotiating treaties? Seriously. Do you want a man known for calling people “losers” to be sitting at a table with all the major economic powers in the world and trying to work out international trade deals or arms agreements? Or do you think he’d offend everyone in the room so much that he’d turn us into a global pariah?

And what about appointees? Who the hell do you think Trump would put in his Cabinet? Think about the past few secretaries of state: John Kerry. Hillary Clinton. Condoleezza Rice. Colin Powell. Madeleine Albright. These are among the greatest diplomatic minds of several generations. Brilliant, measured, and wise. Do you think any one of them — or anyone of that caliber — would sit on a Trump Cabinet? Or do you think he’d appoint, like, one of his kids? Or someone from season two of The Apprentice? But that’s not nearly as scary as what he’d do to the Supreme Court. All Trump knows is money, and he’d seek out judicial appointees who unfailingly side with businesses. If you think corporations have too much power now, just you wait until a Trump SCOTUS reshapes the law further.

I know I’m getting wonky and pedantic here, but we have to be serious if we want to get to a point where we have serious candidates with actual presidential qualifications on the ballot. And yes, I do think there are people on the GOP side who are qualified to be president. Just not Donald Trump.

So I beg of all of you, talk seriously about the US government. Think about what it is and who should lead it. Don’t make jokes about hairstyles and marital histories. Make the people in your life realize that this isn’t reality TV. It’s reality, and it’s time to get real. We need leaders with experience and knowledge.

If you like this article, please share it! Your clicks keep us alive!
Tags
Trump
feminists
ISIS
Refugees
President