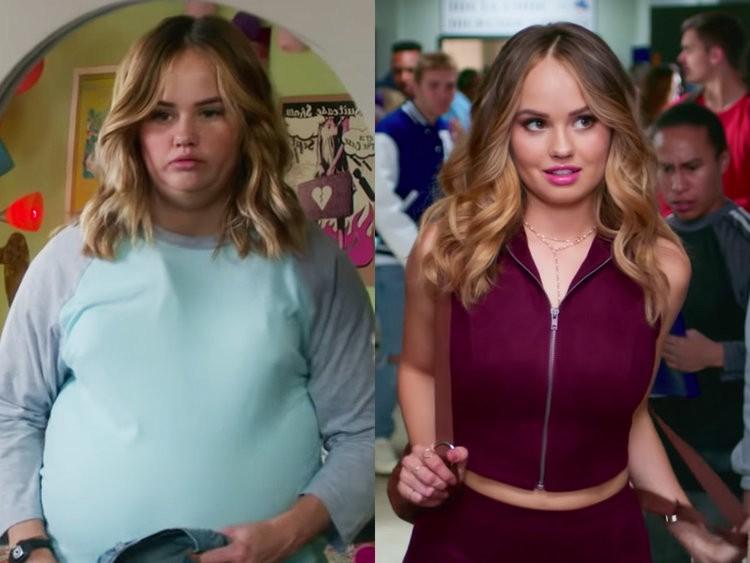 Insatiable is the new Netflix show of questionable premise. A fat girl gets punched in the face, which somehow leads to her jaw being wired shut (I’d like to see the stats on how many face punches end in a wired jaw, but I digress).

The jaw wiring leads to her starving herself and losing a bunch of weight (because nobody told her about Ensure or Shake Shack?).

This leads to her become thin (temporarily, based on all the research,) which leads to her getting “revenge.” The character’s “transformation” is achieved by a thin actress wearing and then taking off a fat suit.

As has been said by many fat people in many ways: Fuck. This. Noise. The idea that responding to fatphobia by manipulating our bodies to conform to a stereotype of beauty is “revenge” is terrible on its face, more terrible when you dig deeper, and even if it was a good premise (and OMFG it’s not), it’s been played out already. Seriously — played all the way out.

In response to the massive blowback, Alyssa Milano decided that instead of addressing fat people’s concerns, she should instruct us about how to feel. She took to Twitter to say:

We are not shaming Patty. We are addressing (through comedy) the damage that occurs from fat shaming. I hope that clears it up. Also, this article does a good job of explaining it more: https://t.co/WoR8R7TjqR #Insatiable https://t.co/GFkDdsn1uh

I’ve been spending a lot of time in Texas lately, which may be why I’m feeling compelled to say no, ma’am, that does not clear it up, bless your heart. Fat people aren’t looking for you to thinsplain fatphobia to us on Twitter.

Milano completely ignores the fact that actual, real live fat people (not thin actresses in suits) are telling her loud and clear that if someone has to get thin to get revenge, that is absolutely fat-shaming. Why not have a show where a fat person learns to love themselves as they are, realizes that the problem has always been fatphobia and was never their fat body? Then they could go about getting revenge against fatphobes by, I don’t know, getting together a group of rad fatties to dress however they want and do whatever they want. The problem with trying to address fatphobia with the “comedy” of a thin woman in a fat suit is that fatphobia isn’t funny — it’s deadly.

That’s not hyperbole — ask the family of Ellen Maude. Or read about it in her obituary:

“Her brief time diagnosed with inoperable cancer gave her mere days to live... A final message Ellen wanted to share was about the fat shaming she endured from the medical profession. Over the past few years of feeling unwell she sought out medical intervention and no one offered any support or suggestions beyond weight loss. Ellen's dying wish was that women of size make her death matter by advocating strongly for their health and not accepting that fat is the only relevant health issue.”

Note that her dying wish wasn’t that fat women wire our jaws, get thin, and pretend that giving our bullies their lunch money constitutes some kind of revenge.

But don’t take my word for it, read Clarkisha Kent (@IWriteAllDay)’s response to Alyssa:

I highly encourage you to read the whole thread here.

This isn’t the first time this has happened, and fat people aren’t the only group it’s happened to. Hollywood often ignores marginalized groups entirely. Then when they finally decide to portray them, they get it entirely and utterly wrong. When people from those communities do them the courtesy of letting them know that they are screwing up royally, they often double down on their mistakes.

This happened recently with Scarlett Johansson when, after not learning her lesson from the pushback of taking the part of a character who was originally Japanese, she decided to take the part of a trans man. In response to requests from trans people that she not do something that is harmful to them, she eventually pushed back, before finally acquiescing.

Then there’s Jared Leto who also decided to play a trans character, as well as a member of the yakuza.

I think I may start calling this the ScarLeto Effect.

If it requires a fat suit, it’s fat-shaming.

If a fat person has to become thin to find acceptance, it’s fat-shaming.

No community is a monolith, but if fat people are telling you it’s fat-shaming, you must at least consider the possibility that it’s fat-shaming, and if you are thin the answer is never “no, that’s not fat shaming.”