No Way! Founder of Notorious Westboro Baptist Church was a Democrat Who Once Fought for Civil Rights 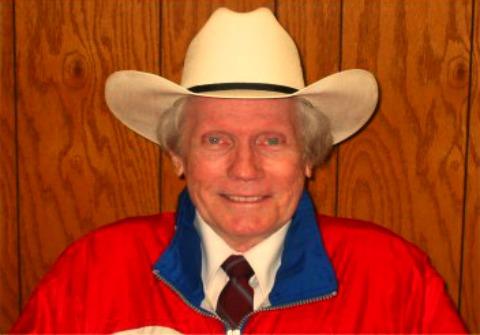 Ding dong Fred Phelps is dead. Reactions to the demise of the founder of the notorious Westboro Baptist church have run the gamut from jubilation to mockery to turning the other cheek, but clearly few mourn his passing. And while Phelp’s loathsome actions of spewing venom toward gays and picketing funerals are well-publicized, less discussed is his seemingly paradoxical background. One would expect that his life was a steady drum beat of hatred for those outside his narrow demographic, possibly with a back story of a troubled youth. But the actual story is more complicated.

Born in Mississippi in 1929, Phelps was raised Methodist—not exactly a hell-raising Christian sect—and claimed to be “happy as a duck” growing up. He appears to haven been a real Golden Boy: Eagle Scout, track runner, and high school graduate at age 16. He was even granted prestigious acceptance to West Point—ironic given his later antagonistic actions toward the military.

But by this point Phelps had caught the preaching bug. He deferred West Point, was ordained a Baptist minister, and settled in Topeka, Kansas in 1955 to found his now-notorious church. OK, so at this point he appears to be trending toward his ultimate state of perplexing Christian lunacy.

But his next step is where is gets strange. Phelps earned a law degree in 1964 focused on civil rights. What? Yes. Believe it or not Phelps was once a prominent civil-rights attorney in the Jim Crow South.

Some longtime African-American civic leaders in Topeka claim Phelps took on racial discrimination cases no one else would touch, and that he fought for the rights of blacks with the same level of passion he later displayed condemning gays.

Though Phelps himself was apparently loathe to comment on his past—maybe he thought it undermined his street cred?—one of his daughters claimed there was no contradiction between her father's civil rights work and his gay-hating ministry: "You're born black. It's something you can't change even if you're Michael Jackson," she says. "God never said it was an abomination to be black." She further alleges Phelps was bothered by the rampant discrimination he witnessed as a youth growing up in Mississippi. Holy hypocrite, Batman!

Money also seemed to play a role in Phelps early work. One Topeka civil rights activist claimed "he made a fortune on all those cases," and that if businesses had “discriminated against Martians, he would have done those cases." One of Phelps (estranged) sons claimed his father indeed believed blacks were inferior to whites, and even during his civil rights work, would insult blacks out of earshot and use racial slurs.

Whatever the motivation for his litigiousness in civil rights matters, Phelps exhibited ethical failings in his professional conduct, and was debarred by the Kansas Supreme Court in 1979.

But he got over it, and decided to pursue politics . . . as a Democrat. You know, the party that has broadly championed gay rights? Yeah, that one. Phelps ran under this banner in his unsuccessful bids for governor and senator for Kansas, as well as Topeka mayor.

All-American high achiever, civil rights attorney and lifelong Democrat. Founder of radical fringe religion, gay persecutor and picketer of funerals. I’m not in a position to psychoanalyze how these things are connected, but if nothing else it demonstrates how our assumptions about ideological packaging can be way off.

Perhaps the final irony of Fred Phelps life: In August 2013 he was excommunicated from the church he founded, reportedly because he advocated for kinder treatment among church members. A paradoxical end to a paradoxical life.