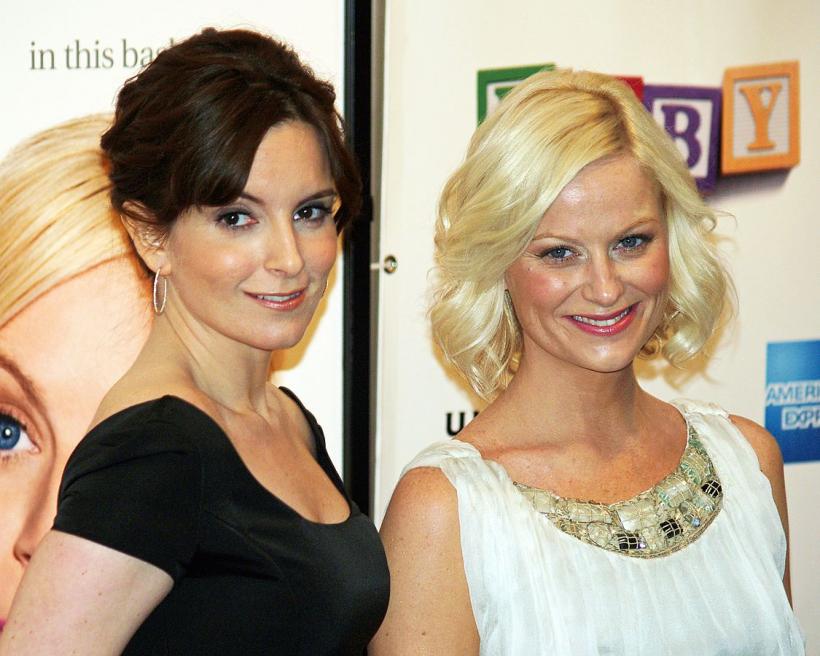 Setting aside the race issue for the moment—too much to tackle, too little time—the all-dudes-all-the-time late-night scene begs the question: why don't we find women funny?

Sure, there's been progress of late. Sarah Silverman and Chelsea Handler have built brands out of their vulgar-girl personas. Bridesmaids proved that all-female raunch fests can deliver hilarity and box office bank. And yes, Tina Fey, Amy Poehler and Ellen Degeneres are our awards-show hosts du jour. But anchoring a late-night show is arguably the pinnacle of any comedian's career, and in this arena, ladies just can't seem to break through the ranks.

Stephen Colbert is a solid (if slightly worrisome) choice to take over for Letterman, but why not Tina? Why not Amy? Why not Chelsea? Why not Sarah? Why not Kristen Wiig? WHY?

The "women aren't as funny as men" trope has been bandied about for years (tragic examples through the course of history here). And there are any number of stats that illustrate the dire circumstances for female comedians. Ranker, for instance, maintains a list of the best stand-up comedians of all time based on public votes. In the top 50, there are exactly two women—Ellen Degeneres and Sarah Silverman. Two, you guys! Two!

So what gives? Are women really too busy birthing babies or re-coifing their hair to nail a perfectly timed sex joke? Does estrogen neuter humor glands? Are guys just biologically designed to be more hilarious?

Nope, it's all about our culture-wide quaffing of a very potent cocktail, namely socialization and the delicate male ego.

Research published in Evolution and Human Behavior found that guys sought long-term mates with the ability to laugh at their jokes, but not who cracked jokes themselves. The suggested reason for this? Men feel threatened by women who can be as funny as them.

Women see men with a sense of humour as dangerous and sexy, while men see it as threatening. Basically, what it comes down to is that humour is a mark of intelligence. Many men don't really want to be the recipient of a cutting remark in public that will make them look small or stupid. — Meera Syal, author, comedian

Not coincidentally, an earlier landmark study found that girls and boys joke at about an equal rate until the age of 6, at which point female humor drops off. Could it be a coincidence that this also around the time girls start seeking the attention of boys?

To mitigate these forces, women also tend to adopt a more self-deprecating sense of humor in an attempt to diffuse potential emasculation. An 18-month study revealed that while most men in boardroom meetings (80%) used flippant wit and banter, most women (70%) used self-loathing as a means of humor. As a result, men were met with a warm response and laughter 90% of the time, while women were met with the torturous sound of silence 80% of the time.

This aw-shucks, what-do-I-know/I'm-just-a-bumbling-broad trend holds true outside the corporate choke-hold of boardrooms, too. Tina Fey, Amy Poehler and Ellen Degeneres—arguably the three biggest and most beloved names in female comedy right now—all emphasize awkward self-deprecation as key elements of their shticks (mixed, of course, with biting wit).

Le sigh. Enough. We'll leave you with this video of 10 hilarious lady comedians instead of lamenting that there aren't more.

Image of not one, but two (!) funny ladies: Wikimedia Commons