Ravish It: Irregular Choice Shoes Are Surreal, To Die For 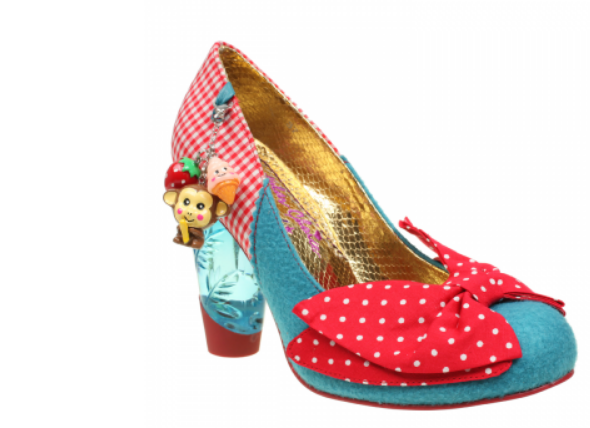 If you've ever wanted to toss the Care Bears, Alice in Wonderland, some red-hot Harajuki girls and a bunch of LSD into a blender just to see what would happen, Irregular Choice just might be the concoction you're after.

Founded by Dan Sullivan in 1999, Irregular Choice is a design-head's wet dream, offering shoes that are nothing short of surreal. Whether you're on the prowl for pavement-pounding flats, come-hither platforms or a twisted Cinderella shoe for your wedding, Sullivan's got just the thing to keep heads turning.

Inspired heavily by the '70s punk scene and his extensive trips throughout Asia, Sullivan leveraged his parents' shoe chain (the now-closed Transit) into a rainbowed kaleidoscope of whimsy. Currently he boasts 6 shops in London, one in Hong Kong and one in Tel Aviv, as well as his online shop; the SoHo spot I used to pine at closed about two years ago. (Foolish Manhattanites—bitches wear too much black over there.)

Every year Dan creates over 600 different styles—nope, that second zero isn't a typo—so just about everybody on earth is going to see something they like. (While resting assured that nobody else will be wearing the same kicks.)

Sullivan recently launched his latest collection this past March—say hello to the Gold Star Lookbook—and wow, I need a pair of Eternal Friend in size 8, like n.o.w. (Because what says spell-casting sex magic better than killer wedges made of unicorns? Nothing.)

If you like this article, please share it! Your clicks keep us alive!
Tags
irregular choice
dan sullivan
style
shoes
Fashion
design
Japan