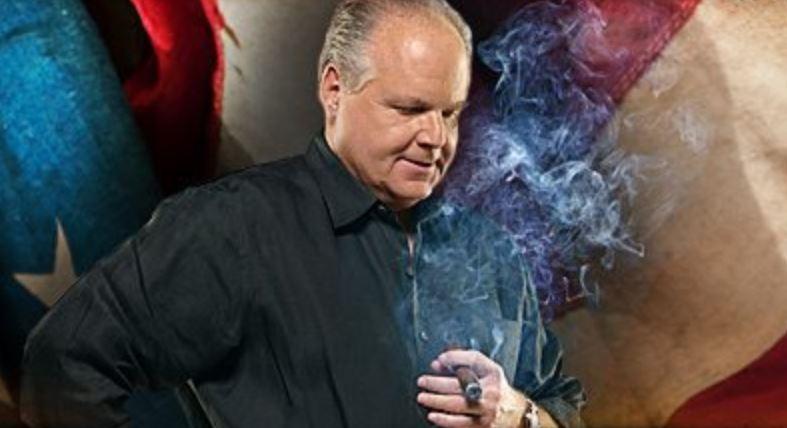 Today we bite our tongues and eat an eensy piece of humble pie. Why? Reactionary radio personality, Rush Limbaugh, known for his misogynistic ramblings—most memorably regarding Sandra Fluke—showed a surprisingly progressive side of himself. So much so that we (gasp) can't even mock him.

Rush was discussing Laverne Cox's Time magazine cover and (expectedly) used a few slurs. Specifically, he called trans folks "trannies." A caller named Tina called in to discuss his position, and these words actually spilled forth from Limbaugh's lips:

I've been for trannies for a long time. I don't know if you've heard otherwise.

And it doesn't even seem that he was being facetious. When Tina informed him that "tranny" is an offensive term, Rush apologized. Seriously. He admitted that he heard Alec Baldwin—the epitome of kindness and grace, not—use the word, and promptly assumed it was hip. I guess he wanted to be "in" with all the trans folk. To which Tina politely explained that, hell no, "tranny" is akin to a racial slur.

The conversation continued and Rush seemed genuinely engaged. And, unlike 90% of his shows, he actually listened.

What Does it All Mean?

We may shake our fists at Limbaugh for many of his beliefs, but that doesn't mean he's 100% close minded. And that's a sentence I never though I'd write.

Limbaugh doesn't seem eager to use the slur again. Also, he said he's been a supporter "for a long time." What were his views before?

Laverne Cox is on the cover of one of the most popular magazines of our time. Ultra-conservative Rush Limbaugh is OK with the concept. Trans folks are getting better spots on TV—like Orange is the New Black. Change is happening.

With that, I say: thank you, Rush Limbaugh, for your progressive stance on this important LGBTQ issue. And that's really a sentence I never thought I'd write.