Quote of the Day: Putin Says, “It’s Better Not to Argue with Women” 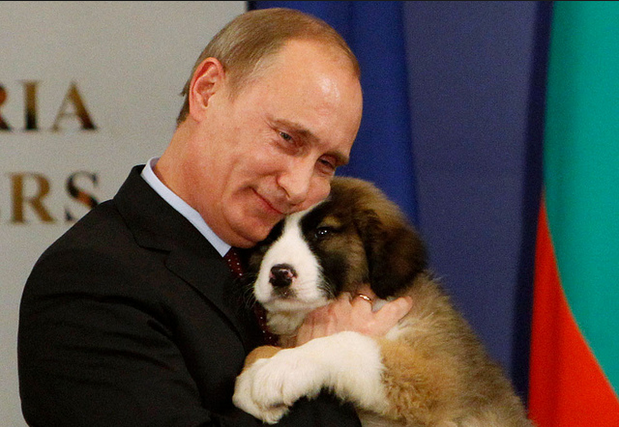 In a stunning axiom, Putin declared last night that “It’s better not to argue with women.” The Russian president/Judo master/presumed bear-wrestler made the statement concerning Hillary Clinton in an interview with Radio 1 Europe posted yesterday.

In addition to being just a generally misogynistic and terrible statement, Putin’s assertion also brings up the question of what might happen were Clinton to become the next U.S. president. Would Putin just acquiesce to all of her requests so as to avoid dealing with her gross girl voice? If that's the case, maybe Clinton assuming the presidency would be a giant boon for American foreign policy!

Eh, probably not though. Because in addition to his general sexism, Putin also pinpointed Clinton specifically as a female fuck-up, saying she “has never been too graceful in her statements.” Great, so if she were elected our whole country would just be a graceless blob that’s unfit to be argued with.

And Putin didn't stop dispensing wisdom there! Concerning Clinton’s recent statements drawing a parallel between Putin’s actions in Crimea and Hitler’s invasion of Europe, he said: “When people push boundaries too far, it’s not because they are strong but because they are weak.”

If this strikes as you as a particularly fresh statement for a man who recently annexed a land mass (a little place called Crimea) thus quite literally pushing boundaries, all we can say is that it’s probably your inherent female feebleness obscuring your foreign policy understanding. But fret not, friends, for Putin avows that “maybe weakness is not the worst quality for a woman.”

If you like this article, please share it! Your clicks keep us alive!
Tags
Putin
Crimea
misogyny
Politics
Hillary Clinton