Angelina Jolie is Right: It's Time to Take a Stand Against Sexual Violence in War 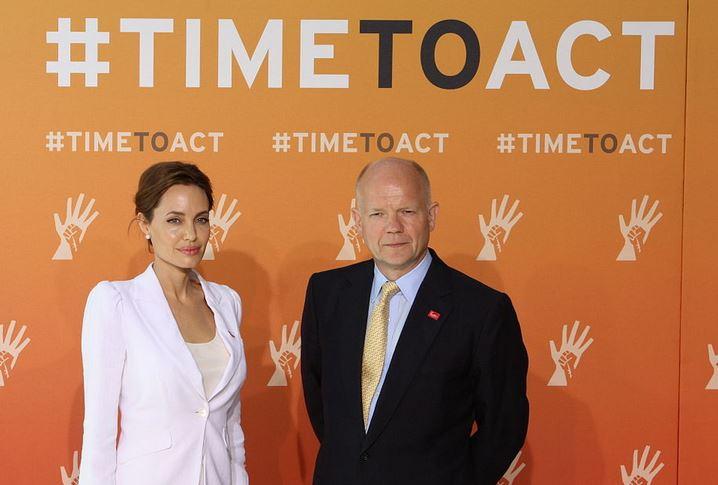 It took the luminous presence of Angelia Jolie to make it happen, but for the last four days, the world has turned its attention to an issue rarely, if ever, discussed: sexual violence in war.

At the four-day End Sexual Violence in Conflict summit in London, Jolie—a special envoy for the UN High Commissioner for Refugees—joined forces with leaders from 117 countries to shine her mega-watt star power on this global tragedy. The goal? Draw up an international agreement outlining standards for documenting and investigating sexual violence in conflict zones.

It's a more-than worthy cause. Here are some fast, terrifying facts, courtesy of the UN:

Children in conflict countries are often victims, too—of not only rape, but of sexual slavery and forced marriage. According to UN special representative Leila Zerrougui:

They are easier to abduct, manipulate and abuse. Families are also sometimes helpless to protect children; parents can be coerced into handing them over.

Even when conflict ends, widespread sexual violence may continue in war-ravaged countries where systems are weak and resources are few. Of course, these countries are also ill-equipped to deliver what is most needed in the aftermath of such crimes: justice and help in the form of mental-health counseling and medical assistance.

Beyond the initial atrocity of the acts themelves, these crimes can impact the lives of the victims for the rest of their lives, leading to unwanted pregnancies, STDs and stigmatization—when women are attacked, they are often the ones who are shamed. As Jolie said at the summit, "We must send a message around the world that there is no disgrace in being a survivor of sexual violence, that the shame is on the aggressor."

The numbers and facts are shocking enough, but they do not resonate as much as that of a single story shared by Jolie at the summit, which ends with all you need to know about why this is a cause worth fighting for:

On our way over, we spoke about the women we met recently on our last trip, and in particular one woman, who said that she had yet to tell her child that she had been raped because she was so humiliated and she could not bring herself to admit it to him. And she felt that, having had no justice for her particular crime, in her particular situation, and having seen the actual man who raped her on the streets, free, she really felt abandoned by the world.

Tweet your support for the conference by using the hashtag #TimeToAct. And to learn more, check out this UN annual report on sex violence in conflict areas around the world.

If you like this article, please share it! Your clicks keep us alive!
Tags
Angelina Jolie
End Sexual Violence in Conflict
Summit
war
Rape
UN