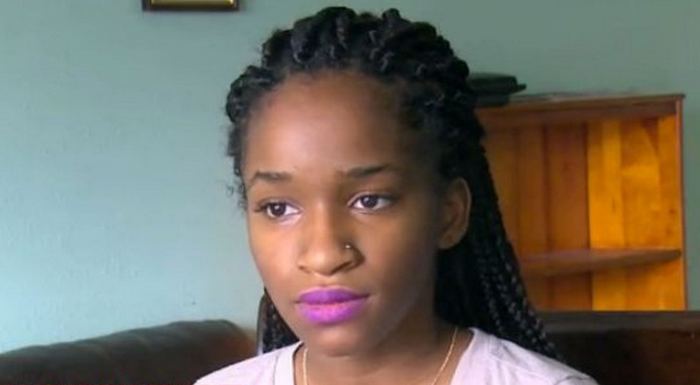 So this week in the horror show that is apparently society at large, a teenage girl’s rape has been turned into a meme. That’s right, a 16 year-old’s rape has gone viral—as a joke. This is why we can't have night things, people! (Nice things of course being defined as some semblance of an equitable culture wherein violence against women isn’t the norm/a fair target for internet ridicule, but instead accurately framed as the crime it is).

But sadly, we’re all-too-serious. A young girl—identified only as Jada—was recently raped at a house party in Houston and pictures of her naked, violated body have gone viral—with others recreating her passed-out pose and dubbing it #jadapose.

How did this all come to pass? According to Jada, who, in an act of disarming bravery, has come forward about this whole ordeal, said she never thought twice about accepting what seemed like a harmless invitation to the home of "a friend of a friend" last month. It was, according to the junior in high school, “just kids hanging out.” But then things went south. Very, very south.

Jada says the boy hosting the party offered her some punch—which she now believes was spiked, as she promptly passed out. In fact, she didn’t even have a clue about what had happened to her until tweets, pictures, and videos began cropping up on social media—first of her clothed on a bed and then of her naked on the floor. Jada had been raped: “I had no control,” she said. “I didn’t tell anyone to take my clothes off and do what they did to me.”

And people actually wonder what this whole “rape culture” claim is.

Jada’s alleged rapist, Innel Yahia, has not only mocked the assault, but bragged about it multiple times. Among other things, he (@WhiteboyLaflare) literally tweeted: “HOW ITS RAPE? YOU HAD 2 MONTHS TO SAY SOMETHING BUT YOU AINT SAY SHIT TILL YOU GET EXPOSED?”—which, by the way, received 320 retweets and 106 favorites, by last count (he's since deleted his account). Oh and he also added: “That hoe forced, snitched, and still look like a fiend from deadend.”

Generally speaking, the media doesn’t usually identify rape victims, but Jada has decided to come forward and try and counter what transpired: "There's no point in hiding. Everybody has already seen my face and my body, but that’s not what I am and who I am.”

We cannot even fathom going through this ordeal—in high school no less—and then speaking to the media about it. But, as Jada, who’s hoping for an arrest soon says, “I’m just angry.” If it’s any consolation Jada, we are too. Angry and horrified.

If you like this article, please share it! Your clicks keep us alive!
Tags
Sexual Assault
violence against women
Rape
Jada
rape culture
child pornography