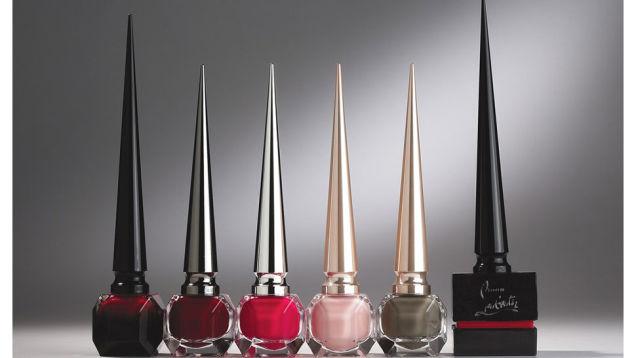 Christian Louboutin, the famous footwear designer known for his red soles (and for being the footwear favorite of every single cast member of the Real Housewives franchise) has a pretty adorable backstory.

When he started his brand in 1992 and designed his first shoe, he thought it lacked color, "so he snatched a jar of nail varnish from an assistant, who howled in protest, and his famous red soles were born." His assistant “howled” in protest! Fascinating.

Some 22 years later, Christian Louboutin’s natural progression into nail polish has finally occurred. The brand is introducing a line of 30 polishes, including its signature red “Rogue” shade at Saks Fifth Avenue this week.

The price? We’re glad you asked. It’s $50 per bottle. That’s right, for the price of one bottle of Christian Louboutin nail polish you could buy an iPod Shuffle, on oil change, 10 pints of Ben & Jerry’s, two nice bottles of champagne, a bus ticket from NYC to Washington D.C. or a full tank of gas. Considering an average bottle of nail polish costs around $1.50 to manufacture, that's a pretty significant markup . . . even for a man who charges $1,700 for boots.

The insane part is Christian Louboutin's new line isn't even the most expensive of nail polishes. I Do By Ellie Cosmetics makes a pure platinum varnish that is sold in a platinum bottle (and is marketed as a wedding splurge) and costs around $55,000. Even more over-the-top, Gold Rush Couture Nail Polish creates a $130,000 bottle made of gold that's encrusted with 1,118 diamonds. Super understated.

But the creme de la creme of nail polishes is actually manufactured by a jewelry brand. Azature's Black Diamond King polish sells for $250,000, and has 267 carats of black diamonds infused into the lacquer. Think of it as the "Heart of the Ocean" on your nails, slowly chipping off in less than five days.

As for Louboutin, this is just the first product in a larger collection of beauty products, and the brand promises they'll be "priced even higher than elite brands such as Tom Ford and Chanel." We have to wonder: Is that really something to brag about?