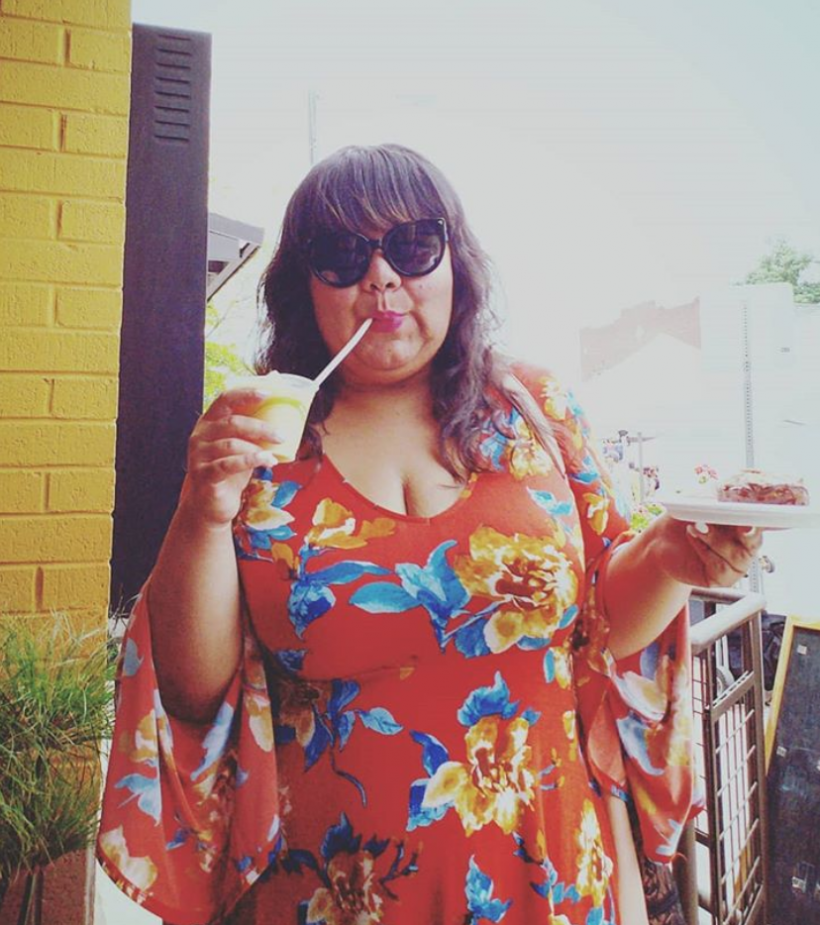 Last month I began a major cleanse of my wardrobe. It was brought on by advice from an astrologer friend: “If you want new things in your life, you have to make room for them.”

It’s safer to believe that we can keep things exactly the way they are and also welcome new patterns, dreams and structure. But that’s not usually how that works. I dreamed of a shoe rack and the ability to find a dress without having to unearth an archive. I craved inviting someone cute over and not having to panic as the date came to a close because I was sure that once they saw all of my clothing they would certainly know that I had a dysfunctional childhood.

In the past I would have taken this cleanse on as an annoying one-time chore, but this time I sat down and made a plan. I knew that in order to have the space and order I needed, I would have to let go of at least 50% of my wardrobe. 50%, girl!

I decided to break this enormous task into three “levels.”

I did level one alone. I got rid of the stuff that was easiest to release: things that had stains, were uncomfortable to wear or otherwise had a fatal flaw. Gone were the single thigh high with no companion, the irreplaceable vintage dress that I wore backwards to hide a huge 30-year old soup stain down the front, the muumuu that I’d had for seven years but only worn once, the turtle neck that was sexy but kinda choked me a little, the gold sandals that had been so fun that one summer but now resembled shredded confetti with a strap. By the end of it, I realized I had had eight bags of stuff with fatal flaws living in my small apartment. Looking at it all, I knew I had inadvertently tumbled into my past.

I had kept majorly flawed clothes because growing up fat meant growing up with almost no access to literally anything that I thought was cute or that made me feel good.

As a pre-teen, finding something that I liked and that fit me was rare. If it happened I would wear it every day for weeks and weeks. This brought on a weird combination of feelings — the rush of finally liking something I’m wearing and the fear that someone would notice I was wearing the same thing all the time. I feared I would never be able to find something cute. With that backdrop in mind, it makes total sense that the most adorable vintage dress abandoned by its former owner (who clearly loved gravy) could become a prized possession.

All I have to do is wear it backwards? No problem!

For cleaning level two, I called in my friend Melinda. I knew I needed a second brain present to help me through reluctance. She had offered to help me with my closet whenever I was ready. I bought us some cheese, crackers, berries and wine. “No matter how much I beg, no matter how much I plead we need to get rid of four bags tonight,” I said with squirrel cheeks full of pepper jack.

About ten minutes into it I had Scarcity Breakthrough #2:

I had kept garments that other people had complimented me on even if I hated them because I’d had so little access to admiration for so long.

Throughout the process Melinda had been simply verbally reflecting back what I was saying. I would say “I hate this dress, but other people really like when I wear it.” And she’d look at me for a second and say, “So what I’m hearing is that you hate this dress.” Then I would say “Yeah, but other people like it.” And she’d say (patiently), “Mmmmmk, but you hate it.” This went on for about an hour. Dress after dress went into bags.

Why would I be living in discomfort, with an overstuffed closet full of things that I hated but that others liked? Because I had grown up being made fun of and the compliments that I got from my friends and sometimes total strangers felt like gold! Each one of those outfits — no matter how I felt about them — held a memory of someone telling me that I looked good. It’s wonderful that I had amassed a closet full of sweet times, but the truth was that I’m not a kid being teased every day anymore. I’ve surrounded myself with people who love me and will give me a compliment whenever I want. Most of my friends compliment me every time we see each other and I compliment them (a good practice to adopt!).

As we finalized our task, I was finding myself wanting to go through all the bags and put everything back in the closet. Melinda talked me through it, taking the bags to the farthest corner of my apartment so they’d feel like they were on their way out.

I was scared to let go of unique vintage pieces but realized that if I gave them to my community I was helping to ensure that they would remain in the world and maybe some special pieces would come back to me.

I haven’t completed level three yet (that’s happening on June 17). A friend is coming for this level, too. She’d heard through the grapevine that I was doing a deep clean and offered her expertise. The process will have taken two months by the end of it.

Scarcity  — the sense that we are not enough or that we don’t have enough — permeates the life of a person in a marginalized body. It becomes the motivation for major decisions — how time and money are spent, who we seek to partner with, and even how we organize (or don’t organize) our homes. After years of being told that I take up too much space, I’m excited to report I’ve finally made room for me.

If you like this article, please share it! Your clicks keep us alive!
Tags
Fashion
fatshion
scarcity
trauma
fat
fatpphobia
take the cake
Virgie Tovar