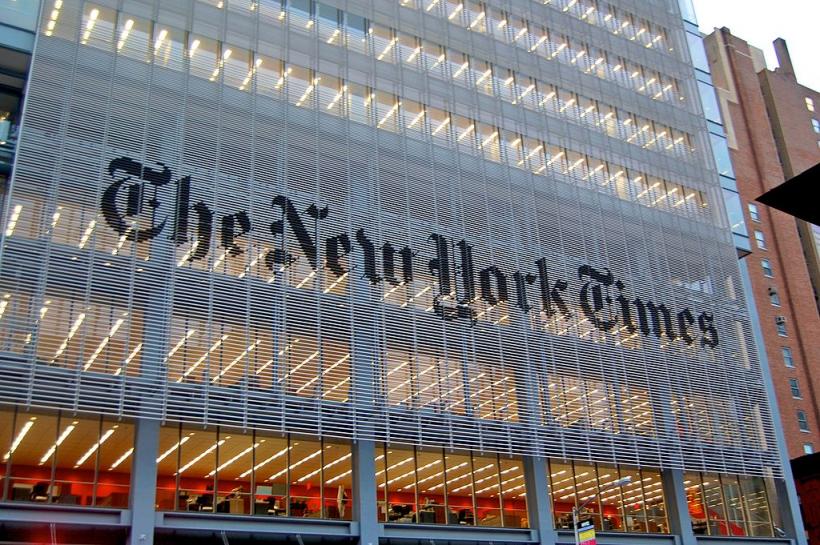 ​Famously fired executive editor of the New York Times, Jill Abramson, has broken her silence following the loss of her job, speaking with Greta Van Susteren and Katie Couric, as well as for an extended interview in the upcoming September issue of Cosmopolitan. A woman championed for leading the Times to eight Pulitzer Prizes during her tenure, as well as criticized for what can politely be called heightened tenacity, Abramson spoke about her controversial management style and how women in leadership are often perceived—along with lighter topics, like finally having the time to catch up on Girls.

Abramson's "Hard-Charging" Management (As a Woman)

Abramson described her management style as "hard-charging," but made a point to object to Politico's infamous piece on supposed discord at the Times because of her methods, calling it a "hatchet job." While the former editor didn't comment as to whether she believed her gender affected her dismissal, she did acknowledge that women in leadership positions are "scrutinized constantly"—a universal frustration among her peers.

While women in 2012 made up 51.5% of professional management positions in the U.S., those percentages shrink with each step up the ladder of mobility. During the same year, only 18.1% of senior/corporate officer positions in Fortune 500 companies were occupied by women, and 14.6% of executive officer positions. With such a minority, it shouldn't come as a surprise that what Abramson sees as spearheading productivity can clash with many colleagues' ideas about women in the workforce.

Caring About Your Career

Owning her story at the Times, Abramson claims she wants to be called the "fired" New York Times executive editor rather than "former," saying she thinks the latter is "icky." Abramson told Cosmo:

Is it hard to say I was fired? No. I've said it about 20 times, and it's not. I was in fact insistent that that be publicly clear because I was not ashamed of that. And I don't think young women—it's hard, I know—they should not feel stigmatized if they are fired. Especially in this economy people are fired right and left for arbitrary reasons, and there are sometimes forces beyond your control.

When it came to the controversy around her job pre-termination, Abramson isn't afraid to fess up to some strong emotions either:

I did cry after reading [that] article about me in POLITICO. I don’t regret admitting I did . . . The reason I wanted to do [the Cosmopolitan] interview is that I think it is important to try to speak very candidly to young women. The most important advice I would still give—and it may seem crazy because I did lose this job I really loved—you have to be an authentic person. I did cry. That is my authentic first reaction. I don’t regret sharing that.

Now that Abramson is temporarily out of the editor's seat, she'll be teaching a class in the fall at Harvard—but that's not to say she'll be out of the fast lane for good. Numerous journalism outlets are clamoring to work with her, and we hope to see her back in the ring soon. She's managed to shift her abrupt and involuntary exit from the Times away from the coveted cat fight much of the media cultivated, instead spurning it into a sweeping debate on women in power. If that's not an impressive accolade, we don't know what is.