Down Kitty! The Evolution Of Female Competition 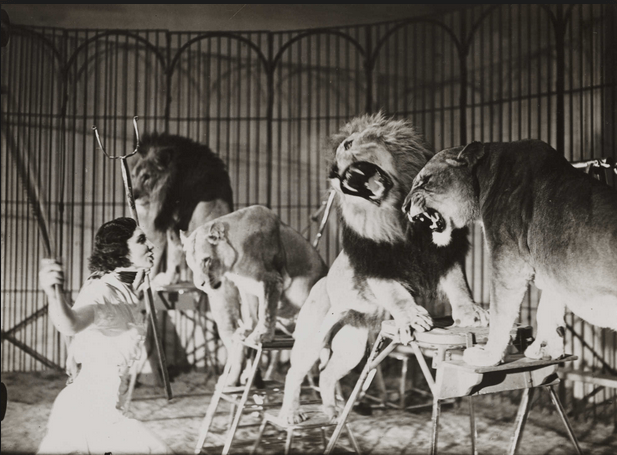 In short, men flex their money and muscles while women flaunt their bodies, style, and more desirable disposition.

If I had a nickel for every time panic paralyzed a boyfriend's face when I asked, “Is this belt too eighties with my earrings?” I could buy solid gold stilettos that a cross-dressing King Midas would lust over.

Let’s be honest for a moment: When it comes to the intricacies of fashion, we women dress for each other. Of course we want the boys to like (lust, adore, pine for) us, but there are very few men out there who know something fabulous when they see it. And when they do, we start feeling a liiittle suspicious.

This female flexing of physical dominance, often manifested through clothes, is actually just one facet of a complicated intra-sexual competition between women.

A Brief History Of Psycho-sexual Competition

Charles Darwin—circa the 1850s—established the dominant theory surrounding intra-sexual competition, which basically means that members of a certain sex are vigorously vying for members of the opposite sex for "reproductive rights." While Darwin's theory largely focused on males battling for females, more modern evolutionary biology has since incorporated women into the intra-sexual competition fray.

While men typically vie through socio-economic status and of course, physical dominance, women tend to highlight their youth, physical attractiveness, and character strength. In short, men flex their money and muscles while women flaunt their bodies, style, and more desirable disposition.

According to Joyce Benenson (an associate of Harvard’s Human Evolutionary Biology Department and a Psychology professor at Emmanuel College):

From early childhood onwards, girls compete using strategies that minimize the risk of retaliation and reduce the strength of other girls. Girls’ competitive strategies include avoiding direct interference with another girl's goals, disguising competition, competing overtly only from a position of high status in the community, enforcing equality within the female community and socially excluding other girls.

Benenson explains that women's often-surreptitious competition stems from very basic needs to protect our bodies, the archetypical vessel. Because we need to dominate other women while still maintaining a physical distance, our rivalry has evolved to be physical, coupled with more cerebral control over others.

She breaks it down into Three Main Characteristics of Female Competition:

1. Women are basically hardwired to protect their bodies from physical harm to keep baby-making parts intact, healthy, and without threat; "veiled aggression" has cropped up in the absence of physically attacking another woman.

2. Women who possess "high status" and "high attraction" (i.e. money, societal clout, and beauty) don't need other women's support as much, and thus, are much less likely to invest in relationships with other women who only represent potential competition. A woman who tries to distinguish or promote herself inherently threatens other women and will often encounter hostility.

3. Women trying to guard themselves against potential competitors will often do so by means of "social exclusion," which basically equates to glorified shit-talking. If you reduce the worth of another woman in a potential mate's eyes, it increases your chances of snagging said man.

In the frothing wake of neo-feminist theory, the line between biological and sociological has grown ever blurrier; yes, we're all undeniably hot-blooded mammals simply vying for sex and resources, but our complicated social structure has impacted our inherent biology in profound ways.

When this lens is repurposed for feminist purposes, female competition is not driven by "biological imperative but social mechanisms":

According to this argument, cutthroat female competition is due mainly to the fact that women, born and raised in male-dominated society, internalize the male perspective (the “male gaze”) and adopt it as their own. The male view of women as primarily sexual objects becomes a self-fulfilling prophecy. As women come to consider being prized by men their ultimate source of strength, worth, achievement and identity, they are compelled to battle other women for the prize. — Noam Shpancer, Psychology Today

All in all, this paradigm is no damn good. We should try and be sisters, not saboteurs. This neo-middle school cruelty gives me heart palpitations. I can still hear the sweet thwack of snap bracelets on the cool girls’ slender wrists. (Not to mention their lilting laughter as their budding breasts bounced down the hall to Home-Ec.) Sigh.

We may scoff, smirk, and shit-talk the sexiest woman strutting down the street or slipping onto the nearest bar stool, but we're simultaneously taking silent inventory of what she’s wearing, and how she comports herself in the world. We want to destroy her and be her. If you haven’t sniffed the bitter odor wafting through the air, it’s irony.

I guess all we can hope for is that by recognizing the strings—both biological and sociological—that tug daily upon our limbs and minds, we might grow increasingly aware of their pull and slowly deny them that power.

In the meantime, stay the hell away from my man.