More Bad News for Women and Negotiations: Study Finds Ladies are More Likely to Be Lied To 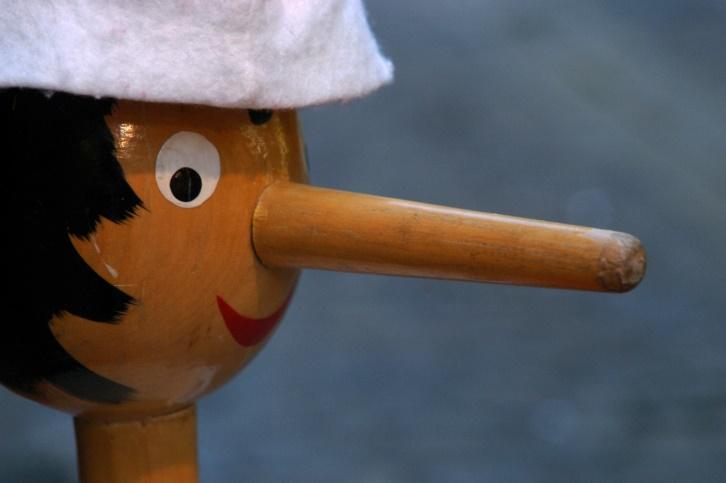 Ladies, don't trust this man during a negotiation (Credit: ThinkStock)

Have a sinking feeling you might be getting a worse deal when you’re, say, buying a car just because you’re a woman? It’s probably because there’s a good chance that you are. Though we wrote about the wage gap and unique challenges ladies face when negotiating salaries last month, it turns out things are getting even grimmer for women and negotiations.

According to a new study out of Berkeley and the University of Pennsylvania, both men and women are more likely to straight-up lie to women when making sales.

The study asked MBA students to participate in role-playing scenarios wherein students had to act out face-to-face negotiations. The make-believe negotiations took the form of a real estate deal—one student played the role of a buyer’s agent and the other the seller’s agent. The seller’s agent was charged with trying to make a sale to someone who wanted to keep a property for residential purposes. However, the buyer’s agent was aware that the client intended to transform the property into a hotel—and had been instructed not to tell the seller this information.

The dismal upshot? According to lead researcher Laura Kay:

We found that in the role-play, people were significantly more likely to blatantly lie to women. To women, for instance, the buyer’s agents would say, ‘They will be luxury condos,’ but to men, they would say, ‘I can’t tell you.’

Here’s the breakdown: 24% of men said they lied to a female partner—compared with 3% of men who fessed up to lying to male role-playing partners.

As for the women participants, they were really just more duplicitous overall—17% lied to other women and 11% lied to men.

Further, people were more likely to open up to men. In multiple scenarios, buyer's agents revealed their client's real plans to dudes by saying “I’m not supposed to tell you this, but . . . ” And did any women receive such "preferential treatment"? Um, no.

What’s the opposite of “cool story, bro”? Because that’s what we want to say right now. Instead, we feel compelled to be completely honest with you and trudge on with more of the study’s sordid findings.

Like how the researchers discovered that participants perceived women as less competent than both men and a hypothetical person whose gender was not revealed—hence the increase in lies. In fact, the warmer a female role-player’s personality was, the more exaggerated the perception was that she was easily fooled.

Kray’s takeaway: “When people perceive someone as low in competence and easily misled, they assume the person will not scrutinize lies, and that you can get away with [lying].”

And participants in the study readily reported that they believed women were more likely to be lied to in negotiations than men. So people are aware of the sad status quo, and roll with it. Lovely.

Let’s hope that maybe MBAs are just more cutthroat than your average citizen (which there is some evidence of). Slash, before we all get too depressed, did we mention the NBA just hired its first full-time female coach?

If you like this article, please share it! Your clicks keep us alive!
Tags
negotiations
women
Lean In
business
Wage Gap
MBA
study