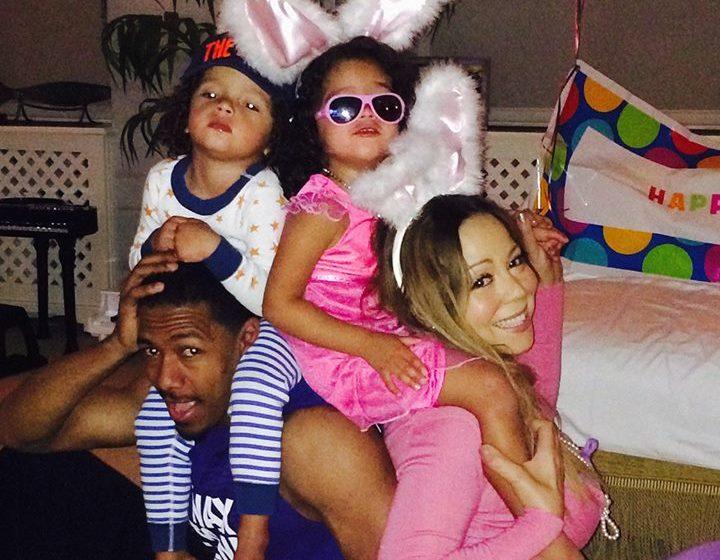 Stop. It's too cute. I'm going to cry. (Credit: Facebook)

Last night, I fell into a blissful sleep, believing Mariah Carey and Nick Cannon were still happily married. The pair—so talented, so really really ridiculously good-looking!—gave us mere mortals something to aspire to. Except . . . we were all misled. There was "trouble in paradise," as Nick put it. So much trouble, in fact, that the pair has split.

The couple share toddler twins, and tearing a family apart is a sad thought, even if it is for the best. Tabloids are quick to throw Kim Kardashian under the bus due to an insignificantly dumb comment Nick made in a radio interview last spring. As anyone with divorced acquaintances know, it's never just one thing. That said, we can't help but wonder if the couple's age gap played a role.

Mariah is 45 (or 44—oddly, reports differ on her birth year). Nick is 33. That puts over a decade of distance between them. It's obviously not impossible to make a relationship work with such a distance . . . but can it raise issues?

First of all, people are shaped by global events, and each generation shares definitive moments. Take September 11: If you were 15 in the fall of 2001, you have a clear memory of that event and the new perceptions it brought upon you and your community. Undoubtedly, these had a lasting impact of some sort—especially in those formative years. If your partner was three, the effect would be significantly different. For someone born just three years earlier, the event exists primarily in the pages of a history book.

It's not just tragedies: trends, TV shows, advancements in technology . . . all have a way of influencing our personalities. A person who used a cell phone at age 13 might not understand why her partner, who once used a pager, can't figure out how to master emoticons.

While these are small and relatively easy-to-surmount differences, a bigger issue is a difference in life stages. Folks further along in their careers will rake in more dough in general. Toss in some student loan fees for the younger person, and there can be a significant gap in financial stability. Hypothetically, an older woman (definitely not Mariah) may desire the financial support of a partner closer to her own age. There's no crime in that—have you seen San Francisco rent prices? And let's not forget that money disputes are one of the leading causes of divorce.

Of course, many couples with age gaps make it work, and we have no way to know if it played a role in Mariah and Nick's unraveling. But you have to wonder if sometimes, couples simply can't clear the hurdles presented by a difference in age. One 2013 study's results suggest that the ideal age gap is four years and four months, and found that these unions tend to fare better when the man is older.

For now, Mariah can't prove this wrong. Neither can Demi Moore. Perhaps Susan Sarandon and her much younger beau can be our shining example as we head into the golden years?