Dear Eron Gjoni, You Do Not Have The Right To Share And Shame The People Your Partner Cheated On You With 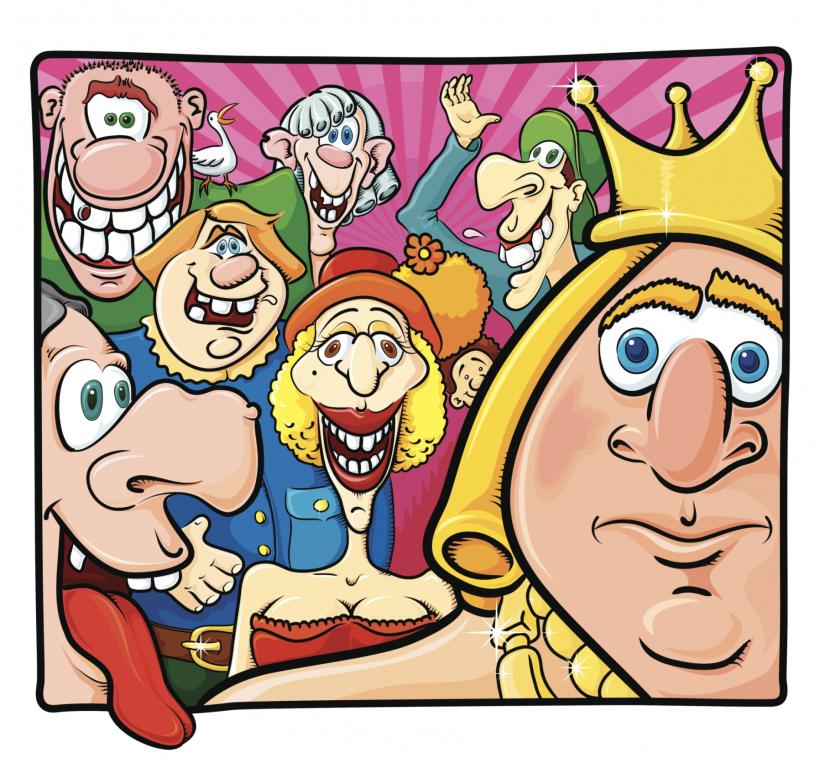 It's a song as old as rhyme: Boy meets girl, gets his feelings hurt, and spreads her personal information on the Internet. That's what's happened with Eron Gjoni and his former paramour, female game developer Zoe Quinn. And now no reputable site dare be seen without the requisite weigh-in on her cheating ways.

Likewise, your loaded use of the word seeks to suggest that I should roar my terrible roars and gnash my terrible teeth on behalf of the wronged. J’accuse! You have besmirched this sacrosanct covenant, and made fools of us who liked your relationship status change on Facebook.

Am I sympathetic? Oh, I try. Do I provide support for someone who’s been cheated on to affirm that not everyone in their life will play fast and loose with their trust? Oh my god, do I try. I try all the time. The pain and the embarrassment in that kind of betrayal are real and I do my best to see and confront that as a friend. But I can’t bring myself to blame. Except for maybe that guy who stabbed Joey Greco. (There is a time and a place to stab a dude, and that wasn’t it.)

As a polyamorist, I prefer to keep myself disentangled from discussion of monogamy. I put a “BoringMonogamousProblems” hashtag on infidelity in my community and from there it just goes out of mind. Anyway, sometimes a Mickey Mouse man-child tries to rile up the blogosphere because a girl broke his heart and I am compelled to step away from my “fuck everyone you want, negotiation and boundaries are great” podium and weigh in.

Eron Gjoni has not, will not, and could not incite a zeitgeist of integrity and reform in games journalism. Not with one, not with a dozen hacky “hit” pieces about Zoe Quinn or any other woman in games. What we can count on, however, is the proliferation of this quackery that cheating is abuse and nonconsensual.

Eron Gjoni, you are misinformed. Cheating is not nonconsent. It is not abuse. I understand that you are harping on this because Zoe believed and espoused such during your relationship, and so her by her own logic, she was nonconsensual. She is also misinformed.

You can both believe in Santa. I’m still not getting a rocking horse for Christmas.

The painful sting of stripped confidence is real. I am ashamedly intimate with that feeling of lying in bed and wanting more than anything in all the world to be seen and acknowledged by someone who occupies your mind so wholly.

The pain of someone you love pushing you away is real.

That said, you do not have the right to share and shame the people your partner cheated on you with, nor are you entitled to the space of saying your partner’s cheating amounts to abuse, which is what you are doing when you print those people’s names.

Here’s a thing about sexual abuse and nonconsent: it transcends sexual attraction, sexual identity, relationship status, and one’s own prejudices. An abuser is a dangerous, community-wide threat because they could theoretically abuse anyone.

A cheater however, cannot, by definition, cheat on everyone/anyone. Cheating requires the establishment of a mutually exclusive romantic and/or sexual relationship. I am not in danger of being cheated on by Zoe Quinn. It’s logistically prohibitive. (I mean, I liked Depression Quest enough, I guess, but I wouldn’t score its replay value at “break up with all three of my girlfriends to settle down with a straight girl who as far as I know doesn’t appreciate Suburban Commando”.)

Now, cheating can be a feature of abuse and nonconsent as the act of cheating requires the presence of shaming/humiliating the unwilling partner. (Or your intimate medical history is screamed in coitus. Maybe we’d have a case there.)

Cheating, while a violation of your trust, is not a violation of consent because by its very nature, the act of cheating requires you to be absent. You are not an unwilling participant, but a non-factor entirely.

And that’s a hard thing to hear. But your partner does not possess a pocket-size portion of your consent with them as they move about the world.

Riddle me this: My girlfriend and I find a hole-in-the-wall Chinese place that we just love, love, love. It becomes “our place.” She goes there without me. New friend, maybe. Am I thus obligated to write a fucking novel-length blog about how, by her own logic and account, she’s an abuser and a cheater?

And let me wisen your weary mind on “sex under a false pretense,” i.e. that this is the only sex she is having with anyone. You never want to predicate the intimacy of your relationship on the logic used by murderers to get away with killing trans women.

On the topic of “exposure”—you shouldn’t use your monogamous relationship as an out to escape regular STI testing, even if you are confident in your exclusivity. It’s lazy and selfish. Are toilet seats and shared towels off-limits when you’re monogamous? I suppose the time and energy it takes to publicly shame a woman on the Internet provides some cover from the possibility of co-mingled blood.

Let’s wrap up with an illustration of what consent actually looks like.

Her: I would like that a lot, I think.

Me: Splendid. The cuffs are in the drawer.

Some Other Person: Hell yeah!

Her: Nothing. Nothing at all. Wanna [PERVERSE ACT]?

CONSENT ACHIEVED. NO BONUS FOR TRUST.

Me: If you will not let me look into your computer and your phone and see everyone you’ve ever slept with, I will go public with your sex life to demonstrate my feelings are law in this relationship.

Her: Please don’t do that! That would be terrible!

You sought to prove a female a hypocrite for not following through on her own definitions of consent. Instead you’ve managed to violate the consent of literally everyone else.

The dissemination of this is deliberate. Women have few friends in games. It is known.

I’ve seen enough of my mother crying on a hotel bed to know better than to drink your Kool-Aid. Abuse sounds a bit like this: Without me, you are no one. You will have nowhere to go. No friends. Your life is my world.

Zoe Quinn is not an abuser.

But Eron Gjoni is. As is every dude here getting lit on laying out a woman’s livelihood.