Why We Need A "No Boys Allowed" Social Network 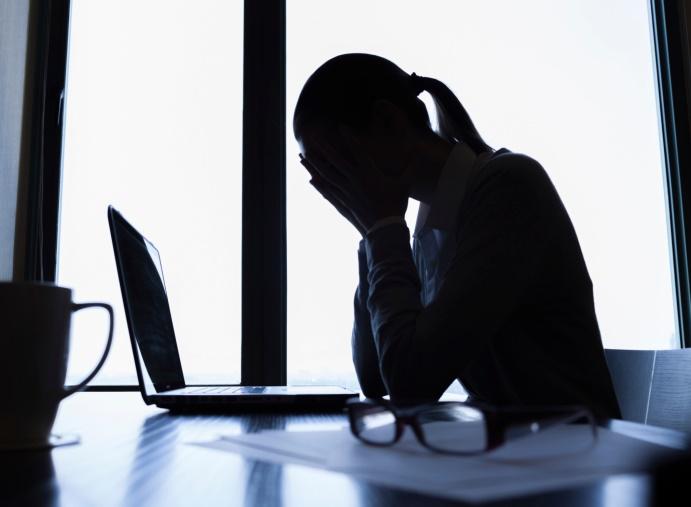 It'd be nice if we lived in a world in which a women-only social network wasn't necessary—where men didn't fill the comment threads of female-produced content with misogynistic vitriol, and women felt free to ask honest questions without the imminent threat of attack and shame.

Alas, that is not the world in which we live. In reality, women are routinely bullied and badgered by anonymous men online, rendering the Internet a largely hostile place to ask questions or share even the most innocuous opinions.

For that reason, it's easy to see the appeal of Women.com, a brand-new ladies-only social network launched by former Facebook employee Susan Johnson. Currently in beta mode and accessible by invite only, it's being promoted as "the new home for women," and a place to "discuss careers, relationships, parenting, products, and more." On it, women will be able to ask questions of the community and up-vote the most relevant answers, ideally creating a space where total candidness is possible.

On the one hand, this seems a little silly, like something out of junior high: boys over there, girls over here. But the sad truth is, we may have reached a point where the only answer to online misogyny is excluding men altogether.

As a women's website, Ravishly has confronted more than its fair share of nasty online comments from men. We've been called stupid in a number of creative forms and feminist in the most pejorative of ways. We've been asked to get our "fainting couch," and even been ominously threatened with possible physical harm. Recently, we offered our support to Jezebel, which took a stand against the trolling of its own articles with violent, graphic, misogynistic GIFs.

A few years ago, when a group of bloggers fought back against the hate, one prominent journalist, Laurie Penny, chillingly noted:

"The implication that a woman must be sexually appealing to be taken seriously as a thinker did not start with the internet: it's a charge that has been used to shame and dismiss women's ideas since long before Mary Wollstonecraft was called 'a hyena in petticoats.' The net, however, makes it easier for boys in lonely bedrooms to become bullies."

The saddest aspect of all this? There's little we as women can do about this bullying. We can discuss it, we can take a stand against it, we can even monitor comments—but none of that will prevent the angry comments from coming—often fast and furious. And as long as that's the case, it will remain difficult for women to feel comfortable talking freely and honestly, which is the very point of social networks and online forums to begin with.

Women.com is the embodiment of a sad truth: The online world is not a place that by and large welcomes women.