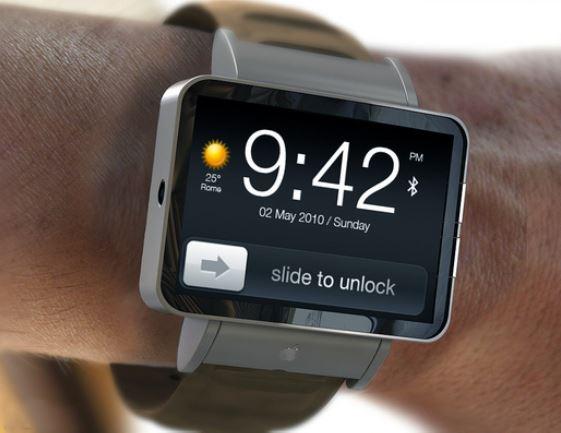 As tends to happen when a new tech product is launched, the Internet has its proverbial panties in a bunch over the new release of the gee-whiz Apple Watch (aka the "iWatch," but you're not supposed to call it that).

Except "panties in a bunch" may be a bit of a misnomer. Because as also tends to happen when a new tech product is dropped, the people doing the reporting are predominantly male.

The majority of the big-name sites covering the news—including New York Magazine, Forbes, The New York Times, Newsweek, The Christian Science Monitor, CNN and The Washington Post—called on male reporters to hit the beat. Just two articles by established outlets that I came across—in The Guardian and PC Advisor—were written by women.

But the problem goes a whole lot deeper than just who's doing the writing. In most of the stories, the presumed consumer is also identified as male. Take this line from a New York Magazine article:

"Then, a few weeks later, you'll start seeing more of these goofy-looking watches being worn by actual humans. Your boss will get one for Father's Day."

It's a sexism double-whammy: the presumption that 1/ your boss is a man, and 2/ the person you'd want to give the watch to is a guy. On Father's Day, of course.

Here's another passage from the same article:

"This friend will be wearing an Apple Watch. And at first, you'll giggle. It's a wrist computer! It looks silly, like something out of Dick Tracy. You'll say something snide, like, 'Get a lot of dates with that thing?' The friend will laugh good-naturedly. He'll show you some of the things the Apple Watch can do: Twitter notifications, turn-by-turn directions, conversations with Siri. You'll pretend to be wowed. You'll move on to other subjects."

It's subtle, but notice how casually this imaginary friend is identified as "he"? And admit it: You probably presumed the person in question was a guy too, even before reaching the damning pronoun.

Even The Guardian article written by a woman uses this as its lede:

"My friends are supremely talented at being late to things. Two times in two days this weekend, I was half an hour late—but still 15 minutes earlier than my dining and/or drinking companion. I thought I’d heard every excuse. But last week, the guy I’m dating (who is normally very punctual!) pulled out a new one: He was nearly late for a movie because his watch crashed."

So within the first paragraph, the female perspective is kicked aside, so the boyfriend's use of the product can come into focus.

These stories also rely, pretty much without fail, on men to provide expert product analysis. Articles in Newsweek, Fox News and ABC News all include insights from analysts who are guys. Virtually none of the aforementioned articles call upon a female counterpart—though surely, in the big wide world of tech, some do exist. (The Newsweek article, it should be noted, also leads with a photo of three dudes sitting in front of an Apple store, waiting for their precious gizmo.)

None of this would be a big to-do if any of the articles included some female perspectives and anecdotes as well—you know, for gender balance and whatnot. But not a single one does.

It would also be another matter entirely if men actually preferred Apple products, meaning the coverage was simply responding to market realities.

But this isn't the case.

In reality, according to Nielsen, women make up the majority of smartphone users in the U.S. Moreover, women represent what's been called one of "the most explosive demographic segments for smartphone ownership," experiencing a 13% spike between May 2011 and February 2012 alone.

Without consumer research to back up the sexist slant, we're left with one logical presumption: People continue to assume, facts be damned, that ladies can't like tech gadgets, because they're—I don't know—too hard to use and practical and stuff.

But wait, there may be hope! Or not?

On first glance, it seems one article in The Washington Post provides a glimmer of feminist hope, because it—gasp!—actually talks about female tech consumers.

But there's a rub: The discussion is about how the watch may be used as a "fashionable bracelet." The presumption? Women could only possibly clamor for the product if it properly flanked their stylish wardrobe.

Similarly, in a Fortune article in which 14 tech analysts weigh in, precisely two are women. And wouldn't you know it, one of those ladies is called upon to comment on how the tech balances "fashion and features."

Oh, but don't fret. There's another way women have made their way into the news, too. In the lead-up to the watch's launch event, there was speculation (unfounded, ultimately) that the event would include a catwalk with supermodels.

Those tech-loving men need something to gander at, after all.