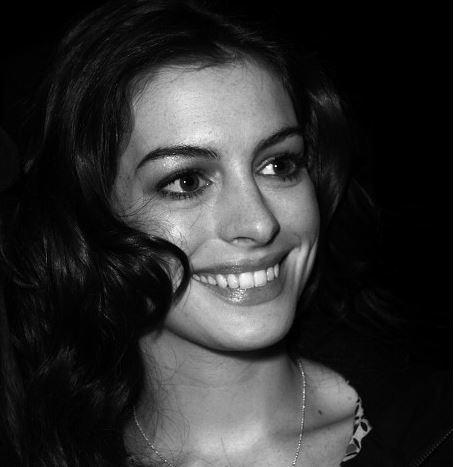 A year ago, there seemed to be no debate more important than "Why is Anne Hathaway so hated?" While the young actress and former Disney darling was on top in 2013, having picked up an Oscar for Les Miserables, she was also ripped to shreds for everything from her seemingly inauthentic awards acceptance speeches to her "trying too hard" persona.

For a time, the bad press seemed to push Hathaway out of the spotlight; in recent months, the biggest news we heard about her was that she hired a new stylist.

But now, she's back with both a new film, Christopher Nolan's upcoming Interstellar, and the cover of Elle UK. And it would appear the backlash fundamentally changed her—while revealing something insidious about our culture. 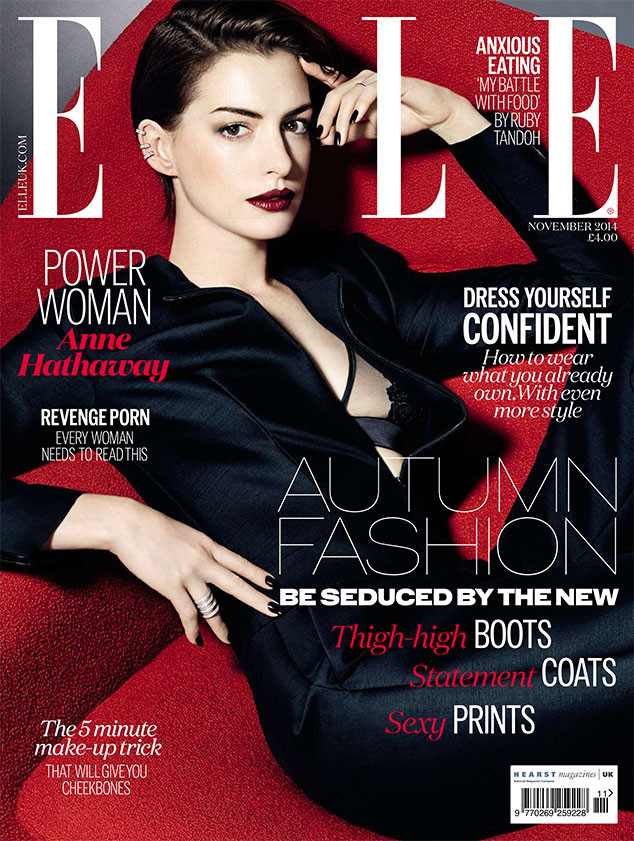 Dark and moody and donning a masculine suit in the Elle story, Hathaway is clearly trying to distance herself from the "fake" and "plastic" labels the media once slapped her with. She explains how fame "fucked her up" and why she simply doesn't care what people think anymore. Goodbye Anne the sweet, hello Anne the anti-heroine.

This transformation has been accompanied with a new style, too. Her fashion choices of late—leather, black all around, rock and roll edge—represent a significant departure from her frilly, girly, polished princess looks of 2013.

The transition raises the question of why we hated the "old" Anne so much to begin with. Sure, she could seem a little over-eager, but she never actually did anything wrong or offensive.

The rather vicious attacks against her seem rooted in our cultural insistence on fitting celebs into tidy stereotypes . . . and to punish them for what we've decided they are. Somewhere along the line, the media cast Anne as a very particular female archetype—the grating Type-A perfectionist—and then, it lambasted her for it. Never mind that, as with any celebrity, we have no idea what this woman is really like, or that this role was never one she herself sought.

Has Hathaway changed now because of a genuine personal transformation, or because she felt she had to? It's possible she doesn't even know the answer to that. And that's a scary thought indeed.