Debunking the Stereotypes that Hold Women in STEM Back 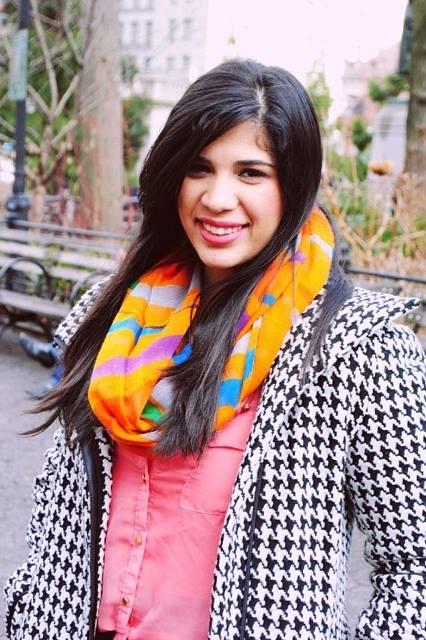 This is a guest post by Patricia Valoy, a civil engineer and feminist writer. She writes from the intersection of Latina-life, womanhood and STEM.

When I was younger, I begged my parents for a microscope. Asking for this high-tech toy wasn’t out of the ordinary for me because I loved science and believed that I would be successful in the field. The idea that I wouldn’t succeed didn’t occur to me until I read a scientific article stating that boys were naturally better at STEM. I was already in engineering school by then.

I eventually got a microscope and spent countless hours trying to magnify every mundane object I found: leaves, bugs, hair, snow, butter—with my two sisters and mother encouraging me. My cheerleaders were always women.

I don’t believe STEM is a four-letter word for women. We’re all capable and willing to use our creative imagination and natural abilities—we know this!

STEM is a four-letter word for scientists and educators who use biological essentialism to undermine women. It has been debunked repeatedly: Women fail at STEM because they’re socialized to believe they don’t belong there and then experience discrimination and lack of mentorship—pushing them into quitting when they do get there.

It isn’t unusual to see respected scientists and educators claim that women aren’t born for STEM careers. In a Harvard speech, renowned professor and economist Lawrence Summers suggested that women don’t go into STEM careers because of “issues of intrinsic aptitude.”

Adding insult to injury, writer Ashutosh Jogalekar wrote an article blasting renowned scientist Neil DeGrasse Tyson for suggesting that the gender gap in STEM is due to socialization of girls, discrimination and racism within the industry. And while he addresses that women outnumber men in some applied sciences, he doesn’t wonder why these careers are still seen as “male careers" (I’ve addressed this conundrum before). And these are the people who we’re supposed to trust to bring us truth without bias.

It doesn’t get easier with time. It gets harder. Every respected institution, from schools to research facilities, tells us that the discrimination that we experience is not back-breaking enough to discourage us; we’re just not that smart (even when we explicitly state that we quit because of discrimination).

I question my career choices every day. And I have to wonder if the discrimination I face is due to my ethnicity, gender or both. I assume I can’t possibly be intellectually threatening to my male coworkers because I’m sure they’ve also heard that women aren’t as smart as they are. It doesn’t matter what I achieve and what I know to be true; everyone keeps telling me that I’m just not that good at math.

This thinking isn’t exclusive to scientists, researchers and educators. My dad eventually gave my microscope to a family friend with sons, saying I was just playing with it anyway—that a boy would know how to use it better.

So, no, STEM is not a four-letter word for women, but it is for everyone else trying to ensure we continue to be discouraged from careers in STEM.

If you like this article, please share it! Your clicks keep us alive!
Tags
STEM
women
stats
facts
education
feminism

Debunking the Stereotypes that Hold Women in STEM Back
Patricia Valoy