I'm A Skinny Person Living In A Fat Person's Body 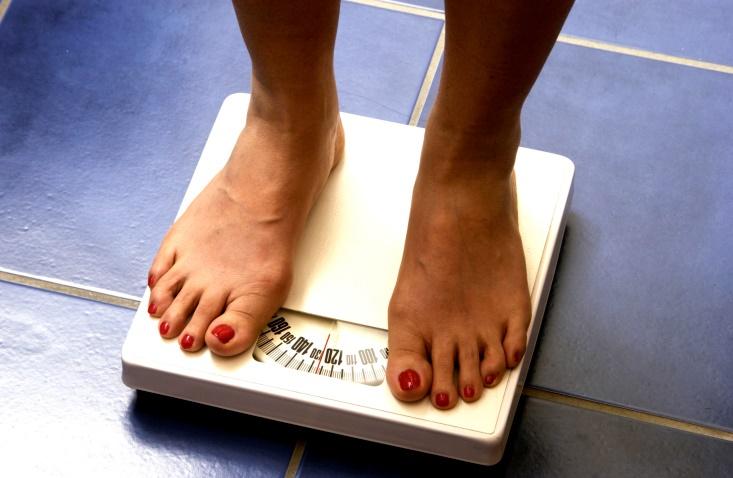 About a year ago I lost 30-ish pounds . . . for the 17th time. Around that time my dad came to visit and made a flippant remark that shocked, hurt, and frankly, vexed me.

My father is a good man. I love him. He genuinely means no ill will. I'm telling you this because when I tell you what he said, you're probably going to think he's a jerk or a moron. Possibly both.

Dad: "Hey. You look good. Have you lost weight?"

A. That was as hurtful and puzzling as you'd imagine. B. It wasn't entirely out of left field because he says things in that vein fairly often. C. I actually sort of agree with him.

I was a skinny child. Always skinny, regardless of my eating habits (nothing, a whole cheesecake, everything in between). By the arrival of baby number two I had gained something like 15 pounds. I remember my boss at the time telling me I was beautiful . . . but if I lost 10 pounds, I'd be gorgeous.

Are you confused yet?

We're all caught up now.

I haven't even touched on the emotional roller coaster that is gaining and losing the equivalent of six small children, or two grown men. Let's just say it's rough.

I know what (most) people think of Fat people. (I use the Fat word in a purely descriptive sense. As I am in fact a Fat person. A person who has fat.)

The world thinks Fat people are: lazy, undisciplined, slovenly, gluttonous. While I know this isn't accurate, I also know that this is still what many believe to be true. I don't want to be that Fat person. I am most definitely absolutely in no way at all lazy. I am one of the least lazy people ever in the history of people. I can't sit through a movie. I can't rest if there is a pile of laundry. I can't breathe if the carpet is dirty. I am not lazy to a fault.

Even though I weigh 200 pounds, I just don't want to consider myself Fat. I don't FEEL Fat. I get that I look Fat. I get it. I'm a size 16. If I eat Chinese food I'm an 18 (there's a lot of salt in there, folks). I'd venture to guess there aren't many women who want to admit to being Fat, or to be called Fat, or to have to shop in the "Fat" section of any store (providing the store even has such a section. And having to go to the back of the store to find it is no fun either). My sweet husband will call me anything but Fat. Curvy. Voluptuous. But never Fat. Even he knows. Fat doesn't carry a positive connotation.

And I don’t think of myself as Fat, not inside anyway.

I'm a wife, a mother, a sister, a nurse. I'm a friend. A writer. A knitter. A yarn hoarder. I'm a little depressed. I'm a lot manic. I'm the adult daughter of an addict. I am so many things besides fat.

But there is a dark cloud that looms above me ready to rain down its harsh truth. The truth that I'm just not the thin person I feel like I am inside. Regardless of how I think of myself, the truth is I am Fat. And I'd be lying if I said it doesn't make me sad.

It makes me sad that I should have to worry, that I should even have to think, about my husband finding "someone else to screw." Someone thinner. Someone prettier. Does everyone else just think, Aw, he's a nice guy because he stays married to a fat girl? Or maybe I'm actually a pretty damn amazing person and wife despite being fat. And he's just not a prick.

It makes me sad that I ever have to look in a mirror and think I'm not beautiful. Who decides what is beautiful? My big hips. My round backside. The curve of my belly. The landscape that is my body. Is beauty only what we are sold?

It makes me sad that in a room full of women I always scan to see if I'm the fattest there. Why do women always reduce each other to the sum of their parts?

The truth is I would prefer to be a smaller person. I've been everything from anorexic to obese and I do prefer the middle. But I also happen to know that 95% of dieters will gain the weight lost (and often more) back (you can read that and more sound scientific evidence in Health at Every Size by Linda Bacon, PhD). Given my history, you can see that regardless of my discipline (and I do have it), that statistic is true for me. I still weigh 200 pounds. Still.

I haven't put up the white flag in surrender. I haven't resigned myself to Fatness forever. I've simply stopped regarding weight loss as a thing that I need to be constantly working on. I'm not counting calories. I'm not exercising to burn enough calories to allow myself to have a milkshake. I'm not working on getting "in shape." Because I'm not out of "shape"—I'm a shape, and it's round. I'm not working on losing those "extra pounds." Because they aren't "extra." That implies that I'm more than I should be, and I'm not. The pounds are all mine. All 200 of them.

The fact is I'm not working on anything except being healthy and happy.

I really want to declare deep abiding self love for my body, so that people will know I don't care about my fat. And then by association they won't care either.

But I can't say that.

I think my body is magic. It has made a whole bunch of gorgeous, kind, amazing people. I can walk and run and bike. I am healthy (despite my fatness, so don't even ask). I am smart and caring and kind and those things have nothing to do with my physique. I am immensely grateful for all these. But when I look at my body (and I do a lot, it's a sort of immersion/cognitive behavioral therapy mashup) I do still see a Fat person.

I want to change the conversations we are having to be about all the things we are besides our bodies. I am so many things besides Fat or thin. We all are.