What Would You Do With Your Cat If You Were Committed?​ 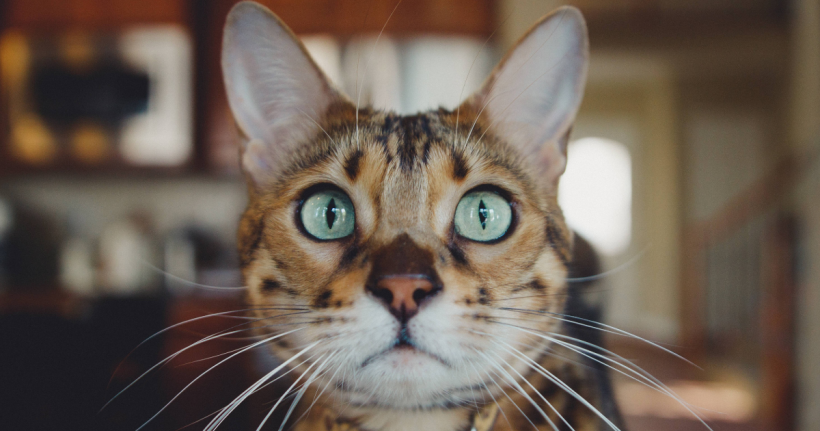 Photo by Caleb Woods on Unsplash

The man who sits at the helm of the reception desk at Northern California Medical Foundation’s Behavioral Health Department is called Chris. Chris is tall, but you probably wouldn’t know that just by looking at him — his ergonomic chair makes him indiscernible from any other person in any other ergonomic chair. He’s balding — partly by nature partly by choice — if you stand close enough, you can see the fine black stubble around the edge of his head. I’ve often wondered why more men don’t just shave their heads when they start going bald. Do men think a comb-over is somehow more attractive? Chris is young, I’d wager not yet 30 — maybe being bald is an aesthetic choice? I think it’s in fashion again? Or maybe never went out of fashion? Either way, it works for him — I can’t picture him any way other than completely shorn.

The next thought I had was that I might someday be in either of those chairs — Paula’s or her mother’s. I might be voluntarily checking myself in, something I’ve come close to but never actually done. Or I might be checking in one of my children, snapping at their employer, advocating for their admission, swallowing tears as I relay information to their father.

He’s friendly, I might even say chatty, more so than most of the medical receptionists I’ve encountered in my years of frequenting psychiatrists. He has an incomplete tattoo of San Francisco on his upper left arm — the Golden Gate spanning the width his bicep, the Transamerica Building, waves lapping the area above his elbow, Coit Tower rising above Telegraph Hill. One he tells me he got as a kid when he had an influx of cash after selling his Volkswagon. I only know all of this because I saw the waves peeking out from under the short-sleeve of his button-down and asked him what the rest looked like. He seemed delighted to show me, probably pleased I asked at all. This is how people with tattoos usually are, a lot of us anyway, like to talk about our tattoos with other people who have tattoos  — in line at the grocery, at the zoo with their kids, in the lobby of the Behavioral Health department of any medical foundation anywhere in the world.

I think “Behavioral Health” must be the more palatable name for “Psychiatry.” This office is the first time I’ve encountered it. I imagine the hospital board of directors sitting around a U-shaped laminate conference table, one of the subordinates raising their hand timidly.

“Um. What if we called psychiatry behavioral health instead? It sounds so much nicer than a word so closely related to psycho.”

The others nodding in silent agreement, “Yes. Yes. Much better.”

I prefer the term “Psychiatry.” What good is it pretending that I’m here for a “behavioral” issue?

I’m actually not here for a behavioral issue, not my own anyway. I’m here for my neurodivergent child. We’ve been here before, but this time I’m alone — the doctor calls it a “parent-only appointment.” I like her, the doctor. She’s petite, her hair unruly, grey roots five or six inches long, the bottom half a fading brown, remnants of a dye job. She’s over-enthusiastic at times, praising me for this or that thing I’m doing to help my child with severe anxiety, OCD, and selective mutism. The things I’m doing for her feel like things I’m supposed to be doing because I’m her mother — going to school every day, maintaining a strict daily schedule, providing her with coping mechanisms and the tools to employ them.

The praise never hurts, I guess, even if it does seem a bit contrived.

A good thing about behavioral health is the wait is usually relatively short. I don’t know if this is intentional, but I appreciate it. At our family practitioner, you might have a 9 am appointment and be seen closer to 10, 10:30 on a day when there is an emergency ahead of you — a heart attack, a baby being born, an emergency appendectomy. But that never happens here. They never make you wait more than a minute or two.

Maybe they are afraid of what might happen if they leave a crazy person alone in a room full of other crazy people.

After I’ve chatted with Chris, I still have a few minutes left before my scheduled appointment to read the book I am currently carrying everywhere, Commonwealth by Ann Patchett, an epic novel that has me transfixed. There are three of us waiting. Me, an older woman clutching her purse and a cloth grocery tote full of medications, boxes and bottles and sample cards, and the woman she seems to be escorting, a tall, thin brunette wearing baggy sweatpants and Ugg boots, who is slumped in the blue chair perpendicular to me. They are talking, the brunette is slurring her words, the end of each becoming the beginning of the next. This reminds me of my mother on any night of any week during any point in my childhood — smelling of tequila, talking to me with her eyes half-open, words that didn’t make sense. (The more likely explanation in this case, of course, is that she is under the influence of either strong antipsychotics or a few anxiolytics — a fancier way of saying benzos.) The older woman is speaking at a volume that makes me uncomfortable; I don’t necessarily want to be party to their conversation, but at this proximity, it’s almost impossible to not hear what’s being said.

The brunette, whose name I learn is Paula, is only talking about her cat. With her eyes still closed and her mouth barely opening as she speaks, she says she’s worried that the cat, whose name is Jack, doesn’t know what’s going on. She says she tried to explain to him that she was leaving for a while but he only stared at her as if he had no idea what she was saying (which is probably accurate.) The older woman, who I now believe to be her mother, is gently shushing her, reassuring her that Jack will be okay. She will take him to her house and put him in the spare bedroom. And don’t worry she will bring him his litter box. And wow how do cats make so much pee anyway. And what cat litter should she use, does Jack have a preference?

Paula tells her mother the name of the litter she uses — one of the many formulations of Tidy Cat — to which the mother replies that she really doesn’t like Tidy Cat she prefers another “fancier“ clumping litter. I’m now wondering what “fancy” cat litter is made of and should I get some for our cats — Harry and William, the brothers we rescued from animal control? The litter we use is called World’s Best; I’ve never thought to question that its claims of being the best were anything but accurate. And now I’m thinking about that scene in the movie Elf where Will Ferrell congratulates the corner diner on having the “world’s best coffee.”

Thinking about Elf reminds me that Christmas is less than two months away and I am suddenly stricken with sadness. I haven’t even made Thanksgiving plans yet, avoiding the painful truth. This is our first Thanksgiving, the first Christmas, the first everything since moving away from my three older children. Where will they go for turkey? Who will make the sweet potato casserole? Who will they be with on Christmas morning?

I am shattered to think it will probably not be me.

I feel the familiar pain of a lump in my throat, the stinging of tears in my eyes as Paula’s phone starts ringing, a high pitched jingle that jolts the room. She hands it to her mother who answers it.

“Hello. Paula’s mom,” she says sharply. The mother sounds angry, or, at the very least, irritated, no doubt feeling especially protective of her child. I gather from the one side of the conversation I can hear that it is Paula’s employer or someone she has a previous commitment to. Her mother replies sternly.

“We will have a note from the doctor. They seem to have misplaced it. But that will be resolved today.“ (Or something close to that.) Before that conversation is over another phone is ringing. This time it’s the mother’s.

Her tone shifts to soft, subdued, almost tearful, as I hear her telling the person on the other end, someone I imagine is her partner or husband, that she is taking Paula to the hospital, the psychiatric hospital I presume, and will be there with her until she is settled and safe.

In mental illness, there are a few situations that warrant hospital admission — psychosis, danger to others, danger to self. Usually the last one. Paula holds out her hand, opening and closing slowly, an action I interpret as “gimme.” Her mother hands her the enormous bag of medication and Paula begins rifling through it — opening bottles, punching pills out of cardboard backing. She pops a couple in her mouth and chases them with something in a paper Starbucks cup. Her eyes are closed as she swallows, she puts another in and swallows again and again until her hand is empty.

The next thought I had was that I might someday be in either of those chairs — Paula’s or her mother’s. I might be voluntarily checking myself in, something I’ve come close to but never actually done. Or I might be checking in one of my children, snapping at their employer, advocating for their admission, swallowing tears as I relay information to their father.

The image is so vivid that’s it’s visceral and suddenly, but not at all suddenly, I’m frightened.

I’m lost in this thought when the door leading to the five or six offices, where five or six or a hundred or a thousand people have cried, swings open and Ella’s psychiatrist beckons me in with a wide smile and a zeal you don’t expect from someone who deals with mood disorders all day.

The thought briefly crosses my mind that she might be happy to know that I am most likely mentally stable. There will be no rising emergencies during this appointment. I may cry, but I won’t be asking for admission.

I walk in front of her, the sound of her chunky-heeled leather boots echoing in the hall, and take a seat. The sofa in her office is soft black leather, worn with the backsides of everyone before me, not quite large enough for a nap but inviting either way. I tuck my right leg under my left, the stinging stops as the tears fall into my lap, and I begin. “I’m afraid…"

If you like this article, please share it! Your clicks keep us alive!
Tags
bipolar
Depression
mental health
mentally ill
real ravishly