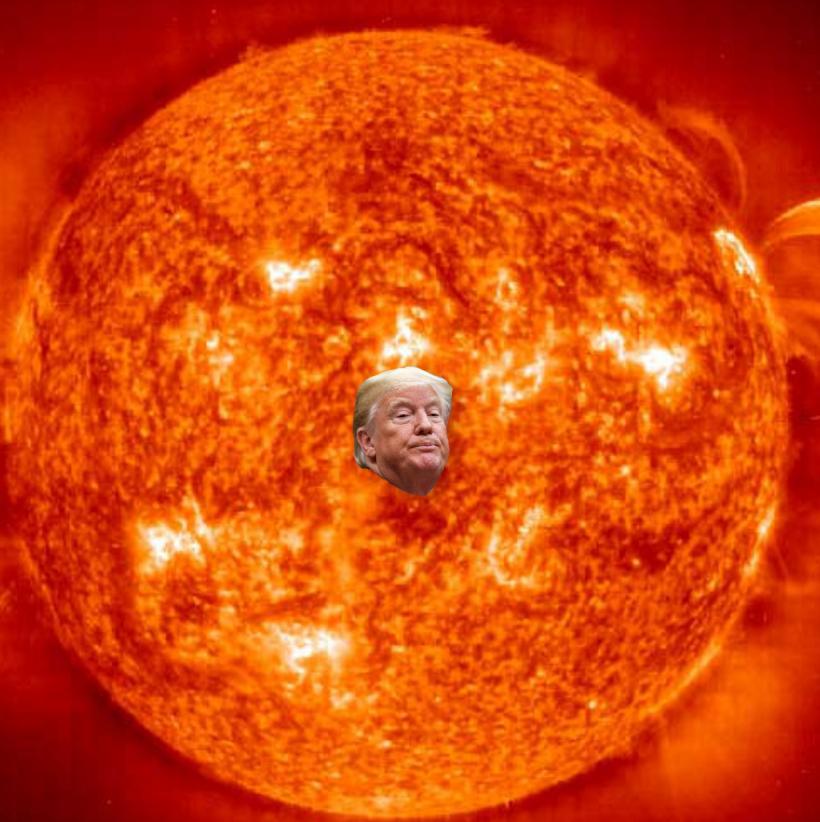 Say what you will about John McCain — he actually CHOSE Sarah Palin as a running mate (I KNOW, that’s a bad one), he’s kind of a baby-killing war criminal (so is my grandfather, for that matter), he called his wife a cunt, and he spent the last few months of his life helping deny healthcare to people less rich than him and ultimately make Trump’s life as president a lot easier than it could be — but I am absolutely here for his final f*&k you to Trump. Eulogies by W and Obama. Pallbearers from across the aisle. Sarah Palin’s missing invite. Bless it all.

I like to think that McCain’s last months on this planet were all about reckoning. Like when my great grandmother (not the one I loved more than anything ever but the SUPER BITCHY ONE who hated kids and kittens) got pancreatic cancer. And then she was like SHIT, I have like six months to put a bow on this bullshit. And she spent her final days being super nice and trying to fix everything terrible that she did.

I mean, if you’re gonna go out, go out with a political bang?

Trump should take a lesson from this guy — he’s got a LOT of reckoning to do. I’m not sure he could redeem himself in the eyes of God/the Universe/collective humanity/whatever at this point, but it wouldn’t hurt for him to try.

Take, for instance, using the time he definitely wasn’t attending the funeral of John McCain with the rest of Washington to do something fucking useful for once.

Here are 12 other places Trump should have gone while everyone else was at John McCain's funeral:

I mean, everyone can benefit from therapy. I think we can agree he definitely could. Maybe if Trump went to therapy (we know he can afford it, but his ego sure can’t), he’d see that it’s a VERY USEFUL HEALTH SERVICE THAT EVERYBODY SHOULD HAVE ACCESS TO.

Where he should have to listen to EVERY SINGLE PERSON THERE. And then pay for whatever services they are about to receive.

(PS: There is going to be a lot of caps here because 1. We’re pretty much constantly pissed rn, and 2. Donal Trump seems like an all-caps kinda guy, you know?)

Where he can learn about real, actual presidents. And maybe basic United States history so he knows how to color the flag he wants everyone to bow down and worship?

This is where you learn the branches of government. And how a bill becomes a law. And what the Constitution is. All things he should probably be tested on. ALL THINGS PRESIDENTS SHOULD ALREADY KNOW FOR THE LOVE OUR COLD AND UNFEELING GOD.

I’m not saying he’s a malignant narcissist. I’m just saying, he’s probably a malignant narcissist. Or at the very least a regular narcissist. Really though? I don’t think this guy has seen a qualified medical professional in a very long time and maybe a psychiatrist could refer him out. The Free World is in the hands of a guy who is running on nothing but deep self-involvement and hair product fumes. Dude needs to get some blood work done.

7. The janitorial department of one of his hotels.

Where he should be handed a bucket, a mop, and his ass on a platter.

9. A locked room filled with the mothers of the children held in immigrant detention centers.

This man needs to be put in situations where he is greatly outnumbered by angry women who he has wronged as often as humanly possible, honestly.

He can also stay here if Alaska doesn’t work out, though it sadly isn’t as close to Russia.

So that my six-year-old son, Max can tell him he is a “butthead person who shouldn’t be president.”

If you like this article, please share it! Your clicks keep us alive!
Tags
Trump
McCain
Funeral
planned parenting
President