I’m A Straight Woman Who Married A Gay Man 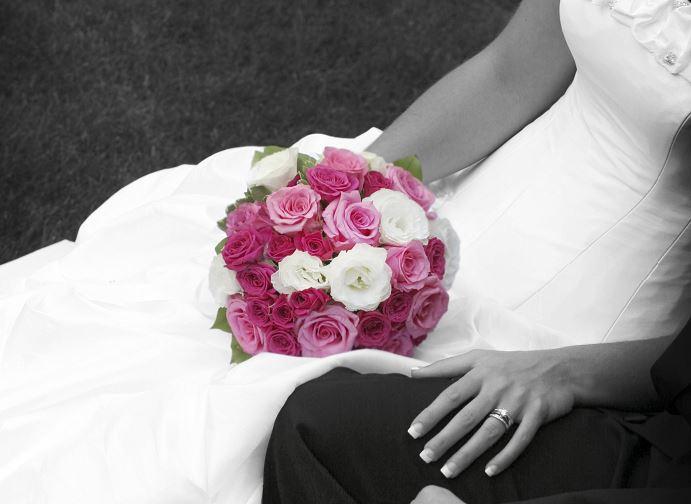 I was in my early 20's and a new Christian at the time Tim and I met. My family started attending the same church Tim's family attended when I was around 12 years old. My family wasn't as tied into the evangelical movement philosophically as much as Tim and his family were. However, I believed the Bible verse that says, "All things are possible through Christ." The message of change that was presented by Exodus, at the time, made sense to me. We all have struggles in life and Tim's desire to serve God was very strong. So I didn't worry about him just waking up one day and deciding to be gay.

Being a part of Exodus and Love in Action was exciting for me as one of the minister's wives. It was exhilarating to see the work that was happening in the men who took part in the residential program. I was drawn toward the vulnerabilities of the people who came to the ministry for help, and who were willing to own where they were in life.

I think I realized Tim was gay on our honeymoon, but I knew he believed in the message he shared in the ministry and I felt our connection was stronger than the sexuality piece. The most important thing for me wasn't so much about the sex, but about the intimacy and the connection I felt. I just didn't know how much sexuality impacted the male identity. I really didn't know what I didn't know. It was a different time back then.

After Tim and I were married I began to doubt certain people in the ministry, though not the ministry itself. I didn't see integrity in some of the leaders' decisions. It seemed to me that they were using the ex-gay ministry as a platform to build notoriety for themselves. As a friend of Love in Action's founder and his wife, I knew their hearts and their purpose was always pure. I couldn't say that of the current leadership at the time.

My doubts about our marriage started when I realized how difficult it was for Tim. I didn't know the depth of the issue. Tim had severe anxiety over the mental conflict even when we were dating. It was much later that I found out about this. He would go into the office at Love in Action, where he was working, and they would pump him up and talk him through it. In order for the ministry staff to continue believing their own message I think they felt this was all part of the process of change. I think their need to have it all be OK superseded each of their individual needs. There was no analytical thinking or pushing further to figure out why there was so much anxiety in the first place.

Later, I was angry that I knew none of this. I wasn't given all of the information when we were married. I was never allowed to make the decision about whether or not to move forward with the marriage. That decision was taken away from me because the message of change itself was more important than the lives of the people it affected. I've never blamed Tim for being who he is, but I believe that the ex-gay ministry has to take responsibility for not giving full disclosure.

From the early stages of the marriage, Tim withdrew further and further into himself. The anxiety made him physically sick and the problems were only getting worse. I started to realize that we were entering a point of no return. When 9/11 happened, like much of the rest of the country, I contemplated how short life really is. I stopped emotionally reacting to our situation and started sifting out the real issues and sought counseling.

"It could be a good seven years before Tim is even ready to face his issues," the counselor told me. "I don't believe he is anywhere near ready to do that now." Tim had met with him previously. There was no guarantee of a resolution. Our kids were young and I made a decision to just rip the bandage off instead of waiting until they were older to see how this would pan out.

I maintained my faith throughout the ordeal, though I felt deceived by the church and abandoned by my family and Christian friends. No one else was ready to deal with the truth about what was going on. They blamed the divorce on me, saying I had turned my back on God. One friend told me that he didn't see Tim's homosexuality any different than his own addiction to smoking when he was younger. I just had to pray and trust that God would help Tim overcome it. The entire ordeal was wrapped in a cloak of spirituality devoid of realism. There was a Bible verse for everything; no one wanted to deal with the destruction and pain this was causing me, or our family.

I faced much of this alone, going through all the stages of the grieving process. I was never angry at Tim for being gay, but I was angry at him for not being honest with me, or himself for that matter. Most of my efforts were put into just figuring out how I was going to take care of myself and the kids. I avoided drama as much as possible, but I couldn't avoid the phone calls from church members telling me how horrible of a person I was for tearing my family apart. It was those moments that made me the angriest because it wasn't fair. I was being blamed for everything, yet I didn't feel I had any other choice.

I knew Tim was angry at me because he wasn't ready or capable of processing his own loss. It didn't fit his worldview and I became the target of his pain. I certainly wasn't surprised to later hear him say that he prayed God would "take me home." I think anyone who has been in serious relationship, and certainly anyone who has faced debilitating depression, has at one time or another had all kinds of thoughts of looking for a mental escape.

God remained my rock throughout all of this. In spite of the reactions of people around me, there were counselors and mediators outside our social circle that confirmed I'd made the right decision. My relationship with God has changed and continues to evolve. I have not been regularly involved in a church since then. I don't get into all the doctrinal debates about the Bible either. I have no desire to be a part of the corporate church. I think the Ten Commandments tell us how to live and that's what I go by.

It is still baffling to me how blinded everyone was by the religious aspect of our relationship. There were so many people we placed in positions of authority above us who were older, wiser and had been married for years, yet no one stepped forward to help us figure things out. It's as if they completely ignored reality. I've come to see that people, in general, make decisions based off of what they need to believe for themselves, rather than what is really going on.

This story first appeared at The Good Men Project. More from our partner:
Heal Your Relationship Without Saying a Word
How to Avoid Ending Up With the Wrong Mate
Why People Think My Boyfriends and I Are Gay
Decontextualizing the Modern Gay Man