12-Year-Old Shares Why Tyra Banks Is Her Role Model 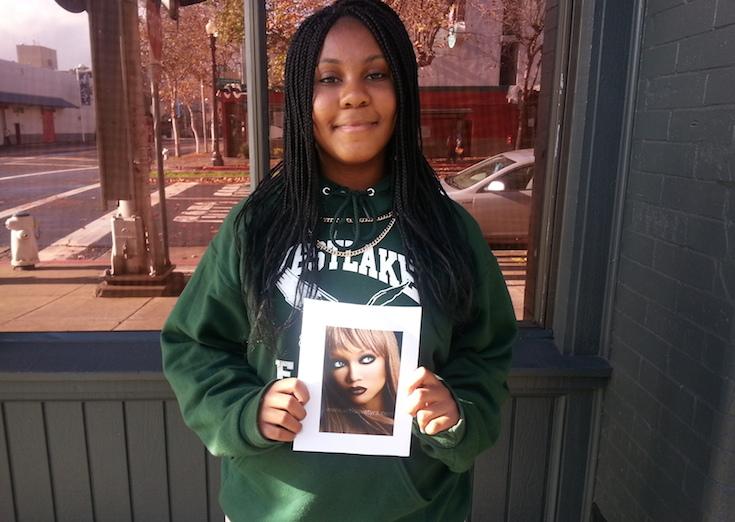 Editor's note: For the past 10 weeks, Ravishly staff writer Giana Ciapponi has been providing writing mentorship to a seventh-grade student named Tyra as part of the Spark Apprenticeships Program. In her first published work, the talented 12-year-old Tyra shares the inspiration she's found in another Tyra—one Ms. Banks, the model/TV host/entrepreneur. This tale of two Tyras proves the value of female role models in the lives of those who look up to them.

In the suburban neighborhood where I was raised, I never heard the name Tyra. What did I hear? Tracy, Kailee, Jaylen, Jordan, Brianna, Omar and, who could forget, Victoria. I felt shy; when I said my name, most people assumed I lived in the inner city and was just visiting. Now, I have nothing against the inner city—I know lots of great people that live in the inner city, even a few relatives—but the stigma hurt once I understood it. When I first saw America’s Next Top Model I was surprised and happy that the show was hosted by a woman named Tyra. I was fascinated and had to know more. I asked my aunt if she knew anything about Tyra. And to my surprise my aunt actually knew just about everything! The more I learned about Tyra, the more I digested her message: Confidence is key, and beauty is more than skin deep.

When I hear about the deaths of Oscar Grant, Jordan Davis and, sadly, many more, I feel disappointed about how these people were treated. This violence is sorrowful. Because of this, I feel inspired and proud when I see someone overcome any type of racism. Tyra, too, faced discrimination, and she conquered. Most wannabe models would have given up their dream if they were denied contracts twice because they, apparently, looked “too ethnic," but that wasn’t an obstacle for Tyra. She even went on to break barriers. Not many women can say that they won the daytime Emmy award twice and VH1's 1997 Supermodel of the Year.

Oh, but there’s more! She was also the first African American woman to be on the covers of the Sports Illustrated swimsuit edition and Victoria’s Secret lingerie cataloge.

Money and fame can sabotage a good heart. Take Selena Gomez, who has been known to throw spiteful tantrums following her success. That’s not Tyra, though. Tyra started the TZONE program to create camps that help young girls feel better about themselves while getting an education. According to the website, TZONE’s main goals are:

“Create awareness about issues that confront our demographic of inner city girls, including beauty, body image, self-esteem, and other social and economic pressures. Encourage a public dialogue surrounding the obstacles that affect healthy development in preteens and adolescents to work towards a solution to overcome them. Inspire action among a national community in support of the initiatives of the Tyra Banks TZONE Foundation.”

Selena could learn a few things from this camp. Tyra’s success has made her grow as a person. She now is making millions of other girls feel beautiful. Tyra even offers a scholarship to her (former) private high school that goes from grade 6 to grade 12. I wonder what the world would be like if all girls had this opportunity. Without her camp, we would see more fragile-hearted girls that care to much about what others think. Instead we see girls who know how they’re loved.

People think of Tyra as a fashion model, but she is more than that: She is a role model. I know now that the struggle is part of the story. If Tyra can make it, I can too.