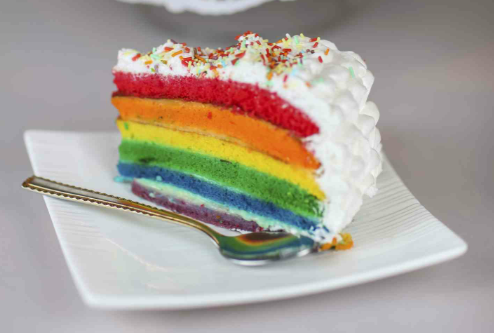 You know what's awesome? Weddings. Amidst the confetti, booze, kissy-faced relatives and general blur of love and champagne-induced happiness, it's easy to forget the super high divorce rate that generally plagues America. If you're at a wedding for a gay couple, however, new research suggests that you have less potential fallout to fear: gay couples divorce at a lower rate than breeders.

UCLA Law national think tank—the Williams Institute—conducted a study to track the marriage trends of gay couples following 2013's landmark case United States vs. Windsor. In short, the results of this lawsuit changed the federal definition of "marriage" and "spouse" to include everybody who, you know, doesn't bat for Team Heterosexual. Following this, the rate of gay marriage soared. Think about it: it's one thing for your state to recognize it, but, well, your entire damn country? Kind of a big deal.

The Williams Institute was eager to note more changes in marriage patterns. Upon researching (and extending data reach prior to the Windsor case), head honchos M.V. Lee Badgett and Christy Mallory noted that just 1.1% of gay couples ended their marriages each year. To compare, 2% of straight married couples opt to call it quits annually. On a perhaps, not-so-surprising note, women are more likely to "formalize" the relationship.

Let's try and suss out why this low divorce rate is happening. I may be a pro-rainbow, Castro lovin' type of lady, but even I have to admit that we may not have enough data for a sufficient comparison yet. As of last summer, just 1.6% of the US population identified as gay/lesbian, 0.7% claimed bisexuality, 0.4% admitted they didn't know, and a mysterious 1.1% stated that they are "something else."

Given that just over 96% identified as straight, is is fair to compare these divorce rates side by side?

Want to know what I think? Of course you do.

After years of casual research (read: drunken make out sessions with girls in college, sorry not sorry) I think there is an observation to be made here. I find it maddeningly difficult to believe that 96% of Americans are completely straight. Especially when you also consider that 77% of Americans identify as Christian, a religion which, without getting mired down in details, largely forbids homosexuality. And frowns upon divorce.

Soooo this could very well be a socio-cultural phenomenon as opposed to heterosexuals' inability to find "real love" or commit to a long-term relationship. It's more-than-probable that many Americans are in denial about their sexuality, which leads to marriage issues down the road. Maybe gay couples are just as likely to divorce as breeders, but they aren't saddled with the uphill battle of denial. Also, as the number of gay marriage continues to rise (after all United States vs. Windsor just transpired less than two years ago) it's possible the disheartening numbers will reflect something closer to that of heterosexual relationships in the years to come.

Marriage and monogamy, man. What a morass.