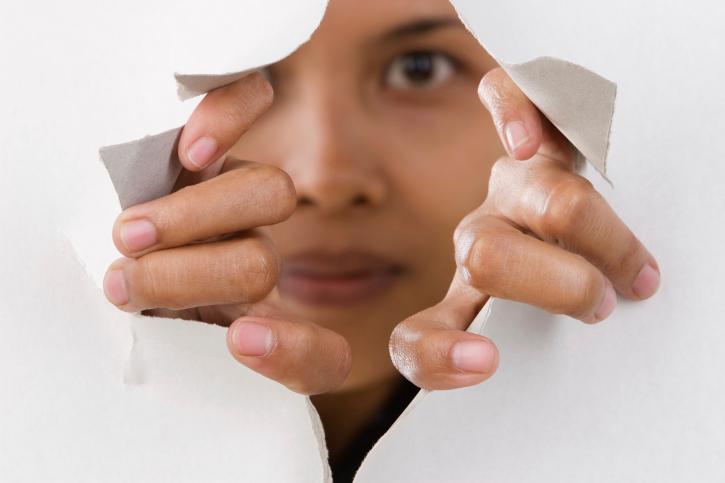 I’m not a perfect feminist, which is consistent with my status as not being a perfect anything. This year, though, I’m going to stop cringing about the ways that I don’t meet the mark.

Before I adopted my then four-year-old daughter, I gave a lot of thought to how I would make sure she wasn’t forced to conform to societal pressure about how to be. Because she was coming from a situation where she was completely unexposed to pink princess culture, I thought I could really let her define herself outside of the constraints typically put on little girls.

This effort was a failure from the very beginning. She refused to wear the brown pants we had for her to wear home. I had to let her wear an expensive necklace of mine in order to get her on the plane. The second she set foot on U.S. soil, she refused to wear anything but pink for 18 months. Anything. She wore skirts every day and jewelry and enormous flowers the size of dessert plates in her hair. Her favorite toys were dolls. She was obsessed with princesses and things being pretty. She spontaneously rearranged furniture at other people’s houses. I once took her to a military surplus store only to find her adding a bright purple bandanna around the mannequin’s neck. She was the girliest of girls.

I gave up pretty quickly on trying to change her, and just settled for conscientiously telling her about the nontraditional options available to her. For the most part, she has rejected them summarily, although she now wears brightly colored jeggings most days instead of skirts. The princess thing has dropped off the radar, in part because I showed her pictures of Kate Middleton and her dreary (at least to my daughter’s eyes) wardrobe and explained that she spent most of her day shaking hands and listening to speeches.

I didn’t take my husband’s name for the first five years of our marriage, but I finally decided to do it. Why? Because I have such a common last name that it was difficult for clients to find me on the Internet. In fact, for years if you put my maiden name into Google images, you’d see a picture of one of my dogs and then pages and pages of black and white photos of Irish nuns from the 1950s. I ended up using a non-hyphenated compound surname, because I found that when I put in my first name and my husband’s last name, I found MORE nuns.

Fail #3: I Expect My Husband To Do All The Home Repairs And Deal With Dead Animals

Because I tend to get hurt doing mundane household tasks (I am the only person I know who has multiple soup injuries, for example), I expect my husband to do most things involving tools, moving parts, and engines. I also don’t like dealing with dead animals, so I expect him to do it. I’ve improved in this area in recent years, but in this area, I am still very firmly stuck in the 1950s.

More broadly, my marriage isn’t a showcase for complete equality and feminist expression. It’s a give and take, and I have compromised my beliefs on occasion for the sake of my marriage. I’m also an introvert, and I would prefer for my husband to do all the talking in new situations. Admittedly, this desire stems from a different cause, but is hardly feminist.

Fail #4: I Sometimes Keep Quiet Because I’m Not A Perfect Feminist

I’m so conscious of my failings that I don’t act as an example of real-world feminism. By doing this, though, I perpetuate a false belief that feminism doesn’t have room for anyone but paragons of equality. I need to be honest and unapologetic about the small ways I don’t meet the ideals, and understand that the most important thing about being a feminist is that I support equal rights, not what I call myself, or how I run my household. This is my biggest failing, and of the ones I’ve listed here, it’s the only one I plan to correct.