5 Facts About Zoophiles In Aftermath Of #DolphinLover Controversy 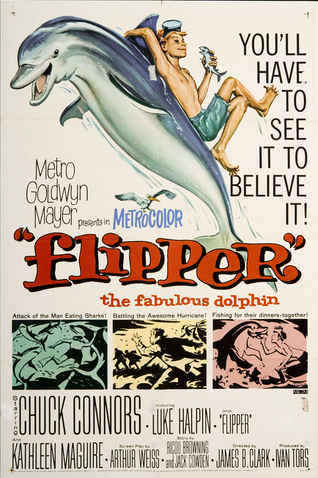 We try to keep an open mind when studying the wilder facets and surprising outliers within sexuality's grand spectrum. This can be difficult, but it is necessary; even if you don't agree with another's lifestyle, understanding alternative perspectives sheds light on humanity in general.

A short documentary called Dolphin Lover is creating waves of controversy. The film details an affair between a man—Malcolm Brenner—and a dolphin named Dolly. Brenner maintains that the relationship was mutual, but folks on Twitter have been quick to attack him:

The guys who made #DolphinLover are just as sick and mentally deficient as the guy who should be in prison aka the star of the documentary.

Yet, Dolphin Lover earned an Honorable Mention at this year's Slamdance Festival. What are we missing?

To understand this perspective, we sought a clinical psychologist (we'll call him Dr. Aristide) and read up to gain some insight.

If you check out the Zoophile website, you'll see a disclaimer smack dab on the front page that reads: "We strongly discourage any kind of animal abuse." When speaking to Dr. Aristide, he explained that the desires vary just as much as folks who prefer humans. Most Zoophiles—he assured me—will do their best to avoid hurting the animal when engaging in sex. Some, however, have bragged in therapy sessions about raping vulnerable animals. Likewise: Most college athletes do not rape peers, but some do.

Others will set specific boundaries to ensure the animal's well-being. In an interview with Vocativ, Oliver Burdinski—who prefers canines—described his personal limit: penetration. While Burdinski engages in various sexual acts with his four-legged friend, he refused to penetrate them. Dogs are not equipped to deal with a human-sized penis, so Burdinski avoids it.

2. Zoophiles consider it a relationship with emotional components.

A 42-year-old Canadian man described his relationship to his horse in New York Magazine last fall. Part of the bonding between man and horse here involved grooming. The only difference is that this gentleman didn't perceive the grooming as a chore—he enthusiastically anticipated it. Furthermore, he didn't rip off his pants and canoodle with every horse in sight. While some Zoophiles are promiscuous in their affairs, Canada explained that he was monogamous with this one horse.

3. Zoophiles believe that consent is obvious.

Both Burdinski and the Canadian fellow were questioned about consent. To them, the consent was obvious. Canada went so far as to claim that his horse would offer her genitals to him for oral stimulation. To an extent, it makes sense. I wouldn't ask a man if I could kiss him, but I'd read into cues: Is his arm around me? Does he keep touching me while we speak? Am I naked in his bed already?

4. Some Zoophiles Date People Too

Back to Canada. This man is married to a woman. She knows everything, though is not a Zoophile herself. From reading the piece, it seems the two have a healthy relationship. (Answers are peppered with phrases like, "I don't want to speak to [my wife's] feelings. That's for her to say.") When asked which he would choose—horse or wife sex—if he had to, Canada initially said, "It would be a horse, absolutely, no question." Then, he backtracked a bit and spoke about his love for his wife and how he wouldn't want to hurt her. He explained:

"So then the question becomes, Would I leave my horse or leave my wife? I couldn’t make that decision easily. I don’t know if I could survive answering it, quite frankly. Not because of the sex but because I love my wife very much and I would not want to hurt her."

Again, let me emphasize this: Zoophiles are not having sex with animals because they "can't get" the human touch.

5. Zoophilia Is All Over History

Beauty and the Beast. Swan Lake. Greek mythology. Actually, lots of ancient literature (including Metamorphoses) okayed it. Culturally, we seem to applaud or at least entertain fascination with such taboo attraction. Historically, it was fairly normal in some parts of the world. Europe (especially Rome) during the Middle Ages had many instances of it—some even as a public spectacle. (Although it wasn't considered a jolly good time everywhere—there are also records of folks being sentenced to death for engaging in such acts in Spain during the 1400's.) It seems we've always been a bit conflicted.

Anyway, the point is, I suppose, that zoophilia wasn't invented by the lonely and depraved. Interesting to note is that Alfred Kinsey's research showed that many people who have experimented with zoophilia tried it as a one-time-only kind of deal. Those who experience it as a lifetime fascination cannot "just try it once."