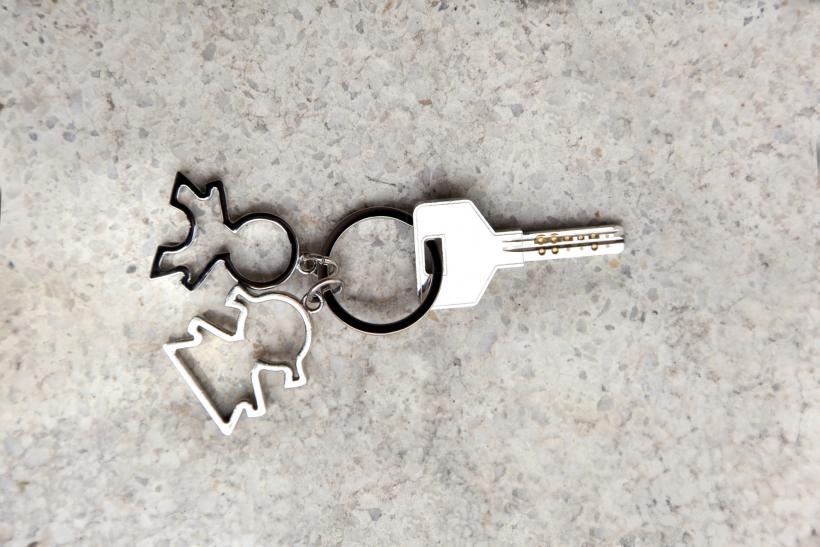 The realization struck me as soon as we’d both signed on the dotted line: We were moving in together. Our signatures were inked on a lease that would merge our lives for at least 12 months. Our bills would have the same address, we'd come home to the same place every day. Yet, there was no nervous tension hovering over our relationship, despite the massive commitment we were undertaking. Moving into an (albeit, gorgeous) apartment together made, and continues to make, economical and practical sense.

When we accepted key fobs to our new digs, my boyfriend and I joined the more than 8 million couples who are choosing to cohabitate before exchanging wedding vows. Like many of those couples, sharing an address was a sensible decision for us. Deciding to relocate to Denver from Illinois was a mutual decision. After college, we sought a location that would allow us to grow in our careers and simultaneously settle into a comfortable routine. Plus, my parents, grandparents, and brother reside in the state, which lessened the stress of transitioning. Upon arrival, we immediately embarked on hectic schedules; I began teaching about social injustice to eighth graders while balancing a freelance writing career, as he initiated a career in aviation management at the international airport.

Squeezing in time for our relationship between our schedules was difficult enough; choosing to live apart would’ve doomed us. And we were both committed to making our relationship work—even if it meant moving in together before marriage. Indeed, it is . . . pleasant to sink into his lap after an exhausting day of managing eighth graders.

“Shacking,” as our elders call it, also reduced our financial burdens. Instead of bearing the brunt of rent, utilities, car notes, and a multitude of other bills on our own, we combined our debts, which worked for us. Having two significant incomes reduced the financial stress we both would have endured if we’d attempted to rent two expensive apartments in Denver. In an unstable economic climate, knowing that I have two incomes creates a sense of financial security that keeps me from panicking when a freelance writing check doesn’t arrive on time.

Despite this, several of my relatives—especially those steeped in religion—have balked at our decision. Citing the Bible, some of them consider “shacking” to be a punishable sin. When we moved in, my grandfather, who’s a minister, agreed to bless our home. His prayer ritual, as well as anointing all of our doorways with holy oil, was designed to bring peace and sanctity into our new dwelling. That was accomplished, but didn’t prevent my grandfather from telling my mother that he didn’t approve of our choice. My aunt, who is also a minister, echoed his statements in a conversation with my father. Both relatives lamented our decision, and it gave us pause, since we’re both practicing Christians. After several troubling and complex conversations, we decided that cohabitating was the best decision for us—regardless of the perspective of others.

The concerns of my aunt and grandfather can’t be dismissed as a generational or religious gap, though only 10% of couples were cohabitating before marriage in 1954. Ending a relationship is difficult, and that can be compounded by living together. Galena Rhoades, a clinical psychologist and researcher who studies cohabitation, believes ending a relationship after cohabitating is the equivalent of divorcing:

"That's something that people often don't recognize . . . that ending a cohabiting relationship is very much like getting a divorce."

Yep, that sums it up. If my boyfriend and I were to separate, we’d have to divide furniture, and decide who would receive full custody of our puppy. Even contemplating having to separate scares me, and also allows me to see cohabitation from the perspective of those nosy relatives. Yet, deciding to live together also allows us to see if we’re prepared for marriage. According to a 2010 survey conducted by the Pew Research Center, 64% of Americans viewed cohabitation as a decisive move toward eventual marriage. I include myself in that percentage. Deciding to live together has exposed my boyfriend’s flaws—like his disorganization—but also allowed me space to decide if he’s the partner I’d like to wed. The answer to that question is yes, and only a decision I arrived at after moving in with him.

Stephanie Coontz, co-chair of the Council on Contemporary Families, finds that cohabitating is one of several steps millennials take before deciding to enter into an eternal union:

“Increasingly, Americans and especially Millennials see marriage as something that should be entered into only after you've taken several steps toward showing your maturity. It's not something you jump into.”

Marriage is in our future, and cohabitating serves as the first step toward that eventual goal. But moving in together wasn’t a decision we arrived at without much contemplation. We searched for apartments separately, and even viewed several studios before deciding that we were prepared to merge our lives. Doubt creeps in on occasion. I wonder if our relationship will survive our differences, like his messiness versus my meticulousness. There are times when I worry that living in the same apartment will drive a wedge between us.

But in this moment, shacking continues to be the right option for me.

If you like this article, please share it! Your clicks keep us alive!
Tags
shacking
living together
Relationships
cohabitate
marriage
Millennials
Love
commitment