If I Wanted To Get An Abortion, I Would Not Be Safe 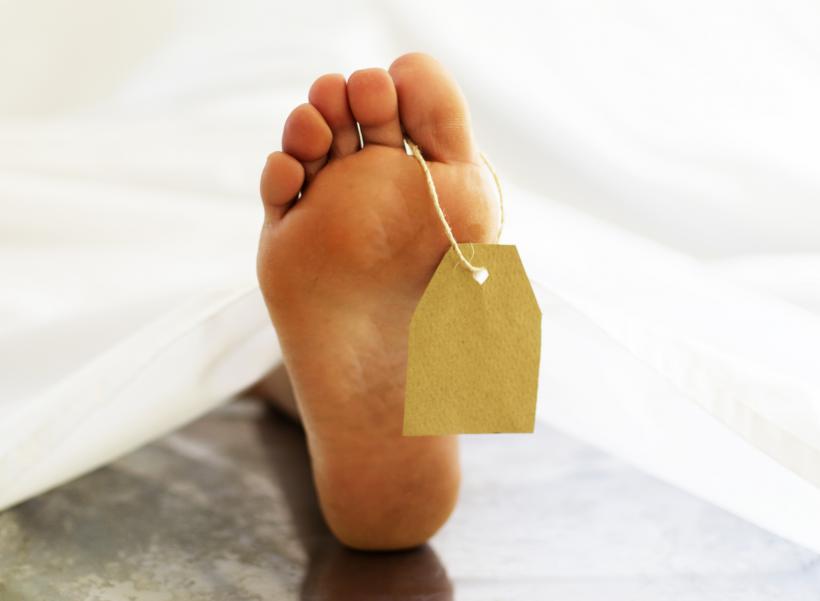 If I wanted to get an abortion, here are the options I would have: I could pay thousands of dollars for an illegal procedure in a proper hospital, I could find an illegal abortion clinic and pay a bit less, or I could buy a pill on the black market and hope I don’t bleed to death.

None of these options make me feel safe or like I even have a viable choice when it comes to an unwanted pregnancy—but that’s the reality of being a sexually active, heterosexual cisgender woman in Brazil.

Abortion is illegal in Brazil—with the exception of unwanted pregnancies that are the result of rape or when the mother’s life is in danger. The results of this law are clear-cut: According to the World Health Organization (WHO), one woman dies every two days because of unsafe abortions in Brazil. In Latin America as a whole, 95% of all abortions are considered unsafe.

Recently Eduardo Cunha, president of the Brazilian House of Representatives, said the house would “vote on abortion over his dead body.” While Brazilian feminists have rallied and protested against the stringent laws governing their bodies, legislation lags and Cunha's sentiments reign supreme. The illegal status of abortions results in thousands of dead bodies across Latin America every year; abortion is illegal over the dead bodies of women.

Even though Brazil is a secular state, many of our elected officials are openly religious, which is the case of Eduardo Cunha. It is unsurprising that he has taken this position as he also wants to establish a National Heterosexual Pride Day while LGBT groups are still campaigning to make homophobia a crime. While I would like to dismiss Cunha as just another homophobic religious nut who is against my body autonomy, it is impossible to do so: Cunha has genuine power.

It becomes truly exhausting to argue for the legalization of abortion in a country with such a conservative political landscape. During last year’s presidential election, most of the candidates were openly against the legalization—including the re-elected female president Dilma Roussef, who has consistently partnered up with conservative religious parties for political gain. The presidential candidates’ anti-choice positions are more-than-predictable considering the numbers as well: A poll taken last year revealed that 79% of Brazilians are against the legalization and de-criminalization of abortion.

This conservatism that lingers in the higher ranks of Brazilian politics means that not only is abortion a life-threatening procedure for any woman who attempts to have it, but it's also rendered a crime punishable by law that could result in one to four years of prison. But like in any other country in any corner of the world, women still need and get abortions: In fact, Brazilian public health care estimates that 1.4 million women get abortions every year, while the Ministry of Health’s calculations reveal that 31% of pregnancies in Brazilian women (between the ages of 15 and 49) are interrupted with illegal abortions.

But while thousands of women die each year because of unsafe abortions, very few women’s stories are reported in the mainstream media. Jandira Magdalena dos Santos Cruz’s story was widely reported last year when the body of the 27-year-old mother of two was found carbonized in a burnt car after she was last seen alive entering an illegal abortion clinic. She had died on the operating table and the owner of the clinic burned her corpse to cover up her death.

Even in such a tragic death, Jandira has been widely shamed for choosing abortion: A common public opinion is that if she wanted to kill her own child, she got what she deserved. Zero culpability is asked of the man who got her pregnant regardless of the fact that she had decided to get the procedure after her boyfriend showed no interest in being a father or taking any responsibility after the child was born.

(As the activists of the Brazilian feminist blog Não me Kahlo—a play on words with Frida Kahlo’s name that translates to “I won’t be silent”—aptly pointed out this week, men also get abortions. According to the Brazilian National Justice Council, there are 5.5 million children in Brazil without a father’s name on their birth certificate, which indicates abandonment. This is, of course, completely legal and non-life threatening.)

Meanwhile, over in Uruguay, abortion—within the first 12 weeks of gestation—was legalized in 2012. As a direct result, the number of abortions has decreased and the number of deaths by abortions has fallen to zero. These figures speak volumes, and Brazil should follow suit as soon as possible. But alas, in Latin American, as thousands of women die when exercising their right to body autonomy every year, men who never will be directly affected by this inhumane illegality remain in power. And they are complicit in the deaths and the suffering of my sisters.

If I wanted to get an abortion, I would not be safe. I could bleed to death on an operating table or die because of a tainted black market pill. If I died, I would be shamed in death for making a choice that should be a right, while the real criminals sit in Brazilian congress.