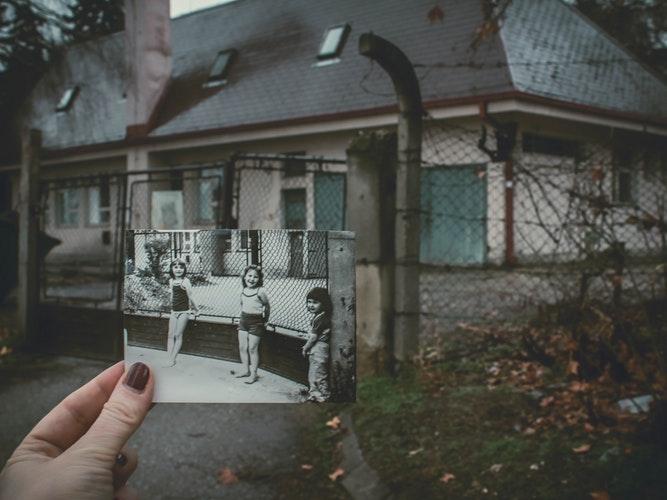 My great-grandmother died from an infection after a botched abortion.

Two big things happened in 1929: the stock market crashed, and my grandmother was born.

My maternal grandmother, Ann, was the second child in the Hubbard-Miller family from Clinton, Missouri. Over the next four years, my maternal great grandmother, Joyce June Hubbard, would bear two more children. In 1936, at just thirty-six years old, she found out she was pregnant again. The family had lost nearly everything in the ’29 crash and could barely feed their family of six.

One more baby could spell famine for these previously well-to-do cattle ranchers who were now living hand-to-mouth, shuffling between the houses of relatives and taking any work they could get. So, even though it was illegal at the time,  Joyce June decided to get an abortion.

The death certificate from the hospital listed the cause of death as “abortion and infection; peritonitis." Peritonitis is the inflammation of the abdominal wall membrane that covers the organs in the abdomen and is usually caused by infection.

My great-grandmother died from an infection after a botched abortion.

In the 1930’s and up until the 1973 landmark Supreme Court Case Roe v. Wade, abortion was illegal. Wealthy women went to Europe to get abortions while poor women looked for more accessible means to end their pregnancies. Because of the economic instability caused by the 1929 stock market crash there was a massive increase in women seeking abortions. In response to the high demand for the procedure many medical doctors took up the practice, albeit illicitly. But abortions performed by medical professionals were too expensive for many women or inaccessible geographically for women in rural areas — so they took matters into their own hands. Some took combinations of herbs and household poisons, while others sought out midwives or charlatans who pretended medical knowledge but whose hygiene practices and surgical skills were anything but professional.

Laws like Alabama’s near-total abortion ban come from a place of toxic masculinity; they are racist, sexist, classist and unequivocally unconstitutional.

Although we don’t know the details of how my great-grandmother got her abortion, based on the death certificate it is likely that she received an abortion from a non-medical professional who punctured the lining of her abdomen, which ultimately led to her death in the early hours of January 15, 1936. She probably died feverish, bleeding and vomiting for hours until her body couldn’t take it anymore — all because abortion was illegal and inaccessible for women like her.

The death of my grandmother’s mother marked her life tragically. Her father shipped the four kids out to the homes of family members because he couldn’t take care of them while he looked for work. He eventually remarried a woman who was unkind to my grandmother and her three siblings. She never had a loving mother to guide her or comfort her; she had to figure it out on her own.

I would bet that not a single one of the all-male Alabama lawmakers that passed the recent abortion bill in that state has ever lost a family to an unsafe, illegal abortion, the way my grandmother did.

They have no idea what it looks like to watch a woman retch for hours, bleeding and vomiting after ingesting poisons or after a surgery from a non-medical professional in an attempt to end a pregnancy.

According to the Guttmacher Institute, an international non-for-profit research organization dedicated to advancing women’s sexual and reproductive health rights, a broad cross-section of U.S. women get abortions. As of 2014, however, seventy five percent of women who sought out the procedure were economically disadvantaged. The women who suffer from restricting or criminalizing access to abortion always have been, and always will be, the women without economic resources.

Wealthy, mostly white, women will still be able to get abortions regardless of the what the law says, because they will have the resources to travel out of state or even abroad for those procedures.

The rest will be left to their own devices. While just last year in Ireland, the people of that country voted to get rid of their eighth amendment prohibiting abortions, in Alabama and other states in the south, lawmakers want to bring women back to the dangerous era of the Great Depression.

Thanks to abortion being legal up until now, it is currently one of the safest surgical procedures for women in the United States, with less than 0.05% reporting complications. If access to abortion were to be more restricted like legislators in Alabama, Georgia, Missouri, Kentucky, Kansas, and Ohio want it to be, however, we can be sure we will see more deaths and more hospitalizations from unsafely performed abortions as well as more unwanted pregnancies forcibly carried to term. In turn, these pregnancies will result in more children placed in foster care and orphanages. Not to mention the mental, emotional, and physical trauma for women and young girls who, for whatever reason, do not want to carry their pregnancies to term.

These lawmakers say they are “pro-life”, yet they don’t push for real pro-life issues like access to affordable healthcare, a living wage, improved public education, or voting rights.

These lawmakers don’t care about women nor do they care about babies — they care about regulating women’s lives and their bodies. Laws like Alabama’s near-total abortion ban come from a place of toxic masculinity; they are racist, sexist, classist and unequivocally unconstitutional. Laws like Alabama’s are meant to push the Supreme Court to overturn key parts of Roe v. Wade, law-by-law, section-by-section. With five conservative judges on the Court, including an alleged sexual predator, it’s hard to tell what will happen when these anti-abortion laws are reach the Court.

So, what can we do as citizens?

First, we can make calls and send emails — lots and lots of calls and emails. Second, we can march, protest, and boycott. Third, we can donate to Planned Parenthood and other local healthcare centers that are still vying for the best interests of the woman as an autonomous individual capable of making decisions about her own body, life and future. And finally, and most importantly, we can vote them out of office.

Women like my great-grandmother died because of bigots like those in office in Alabama, but we cannot let that continue to happen in 2019, nearly a century later. We cannot let the Christian right dictate what millions of American women can or cannot do with their own bodies and then sit back and watch as poor and rural women suffer the consequences.

We will not let women like Joyce June die in vain. Enough is enough.

The White Policing Of Brown Vaginas 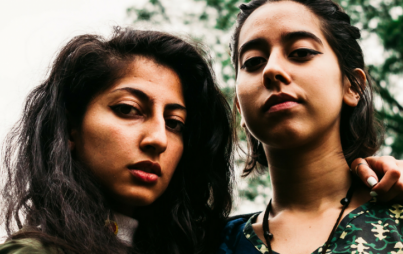