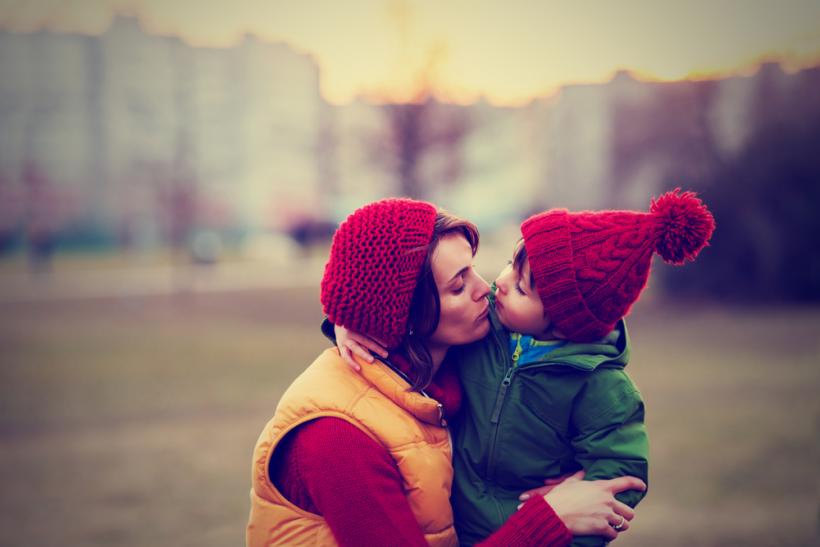 The decision to terminate a pregnancy is often informed by the needs of the children a pregnant person is already raising.

It might not be the traditional way of celebrating Mother’s Day, but around that time of year I make a habit of taking some time to consider the many ways the United States screws over and shortchanges mothers. From rising maternal mortality rates to the shortage of affordable childcare, it’s an open secret that American society consistently and systemically fails to support women who parent — despite all our professed ideals about the sacredness of motherhood.

That has never been more clear than it became when Iowa signed a ridiculously restrictive law banning abortions after six weeks of pregnancy. By removing the ability to terminate a pregnancy long before most people even discover that they’re pregnant, Iowa has become the most anti-choice state in the U.S., but it seems certain that abortion opponents emboldened by success there will attempt the same in other states soon.

Reproductive rights and the ability to parent when, how, and with whom we choose are intimately connected and inextricable issues; an attack on abortion access is an attack on mothers.

(While people who are not women or mothers do get pregnant, have abortions, give birth, and so forth, restrictive policies regarding these things are nonetheless fueled by misogyny.)

Anti-choice crusaders have been depressingly effective at framing the question of abortion rights as a clash between responsible parents and the footloose child-free, but the truth is that the majority of people who have abortions already have at least one child — and many more will go on to become parents in the future.

The decision to terminate a pregnancy is often informed by the needs of the children a pregnant person is already raising.

That was the case for Jenny, who was 19 weeks into her second pregnancy when an ultrasound revealed a sacrococcygeal teratoma – a large non-cancerous tumor growing from the fetus’s tailbone. The tumor was large enough to be potentially life-threatening to Jenny as well as to the fetus. Although the pregnancy was planned and wanted, and Jenny and her partner “agonized about everything,” they finally decided to abort. A major factor in their decision was the knowledge that, in the event of Jenny’s death, her son’s father would have received full custody. “My son’s dad is not a capable parent,” she said, “and it’s imperative that I am alive to parent him.”

Jenny ended her pregnancy at 21 weeks, after the cutoff for an abortion in many states – cutoffs that leave many parents in her situation scrambling to find childcare so they can seek abortions out-of-state. Those laws not only hinder pregnant people’s ability to make the best choices for their own health, but for their already-born children as well.

Opponents of abortion like to ask “what if your mother had aborted you?” but for many people the ability to end an unwanted pregnancy is what gave them the opportunity to have a wanted one later.

There are, without doubt, millions of people alive today in part because their parents did at one point choose abortion.

My friend Kate was 19 years old when her birth control failed and she found herself unexpectedly pregnant. Still living with her parents, in a tenuous relationship with an abusive and unfaithful boyfriend, she didn’t hesitate to terminate the pregnancy. Had she become a single mother at 19, she doubts she would have had time to date, meet her ex-husband, and have her son, who just turned seven. “I’m sure I would have loved that child,” she says, “but I love my son and wouldn’t want to give him up for anything.”

Otter, who had an abortion at 23 before having her daughter at 27, says she would have had fewer options as a parent had she carried her first pregnancy to term. “The partner that I conceived with that first time was very supportive of me making whatever decision I wanted to, but also honest about the fact that he did not want to be a father,” she says. “I leaned on [my daughter’s] dad for a lot of support during my pregnancy and the first year of her life — financially and emotionally. Could I have found the same level of support from other sources during that first pregnancy? It’s possible. But it probably would have required a good deal of effort and stress to even find.”

Otter notes too that her earlier abortion, and therefore the family she has today, depended not just on abortion being legal, but actually accessible to her. Her partner, friends, and family members talked through the decision with her and helped with the cost of the procedure, and the clinic she went to didn’t make her jump through hoops intended to make her change her mind. “Access needs to be about more than simply whether or not you can get an abortion, but also about quality of care and support,” she says.

Despite claims from the right that women are plagued by regret after abortions, Jenny, Kate, and Otter all expressed confidence that their abortions were the right choice for their children as well as themselves. “Having that abortion was the best decision I have ever made as a mother,” says Kate. “I knew I wasn’t ready or able, and I know that my son would not have the living and supportive life he has now if I had had been forced to keep it.” Jenny says, “I had a responsibility to my living child that ultimately outweighed a possible child who may or may not survive.”

Kate thinks she wants another child someday, but the time is not yet right. “I know with 100% certainty that I would get an abortion if I fell pregnant tomorrow. Would it be harder than the first time? Yes. I’m a parent now and I have experienced all those joys of baby and toddler and beyond, but I’m also mother enough to know that bringing another child into my situation is detrimental to not only the hypothetical baby but to my future and, most importantly, to my son.”

Attacks on reproductive rights aren’t just attacks on women’s sexual autonomy; they can be devastating to whole families. Otter says, “’Women’s work’ is hard fucking work. I want the people who do that really hard work to really want to do it.”

The choice to carry a pregnancy or not can’t be made from the outside, by strangers. Reproductive rights are vital to all pregnant people, parents, and families, because without them we’re not truly free to parent the way we choose.

If you like this article, please share it! Your clicks keep us alive!
Tags
abortion
abortion right
reproductive rights
pro-choice