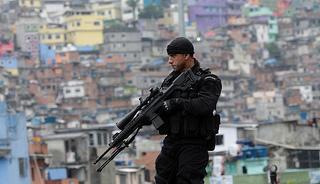 The biggest threat of violence against sex workers today is the “institutional violence caused by the ignorance of authorities.”

On the 23rd of May 2014 police violently invaded a brothel in Niterói, Rio de Janeiro, to rescue sexually exploited minors—whose existence was never proved. The building housed 300 prostitutes who were forced to leave after the policemen beat, raped, and verbally abused the sex workers.

Amnesty International denounced the police raid in the building Nossa Senhora da Conceição as illegal and revealed serious allegations against the policemen: sexual assault, violence, theft of money and furniture.

None of them could go back home: the building was emptied and sealed. And the women who tried to press charges at the Women’s Police Station were turned away.

Sex work is legal in Brazil, as long as no third parties profit from it. Despite this seemingly liberal approach, sex workers’ rights often fall into a grey area of the law where there is no distinction between sexual exploitation and prostitution. According to Federal University of Rio (UFRJ) professor and researcher of the Philosophy and Social Sciences Institute Soraya Simões, who has researched the Brazilian sex workers’ rights movement for 20 years, the biggest threat of violence against sex workers today is the “institutional violence caused by the ignorance of authorities.” Due to discrepancies in the current legislation—which vary from local, federal, and state—Soraya says sex workers are “vulnerable to illegal actions and they don’t see the rights they have.”

As the law currently stands, sex workers cannot organize themselves in co-operatives to protect themselves and live together, or hire body guards or drivers for protection as such hires fall into the illegal zone. And even when the law hasn’t been broken, sex workers who were victims of police brutality and abuse are not heard by authorities.

Activist and sex worker Joyce Oliveira is a survivor of police violence during the raid of May 23rd. Her story is symbolic of Brazilian sex workers’ vulnerability in the face of uninformed, violent, and unsympathetic authorities.

“Several sex workers were raped,” Joyce told of that day:

“We were battered for four hours. After that day we started staging protests which is when I started being stalked by the police. A week later I was kidnapped, which is when I realized what was happening. Other prostitutes told me: stop your activism. When I looked for help, they tried to silence me.”

Joyce has been unable to return to her normal life and is currently in hiding, rarely contacting her relative. In discussing Joyce’s current situation, Simões argues that authorities will only help sex workers when they admit to being victims of exploitation. While Joyce has sought protection from the government on the grounds that she is being politically persecuted by the police for being an activist, she was denied this right because she's been termed not an activist but a victim and should apply as such.

In a letter to the Brazilian Human Rights Committee, Congressman Jean Wyllys wrote:

“All of the [protection programs] by the government so far have been geared toward women who are victims of domestic violence or victims of human trafficking, two categories in which Joyce does not fit. The State wrongly classifies her as a victim of prostitution and not of the institutional violence she does suffer from.”

Joyce proudly claims the title of “puta,” a pejorative word that means “slut” or “whore.” She proudly identifies as a black woman who makes her own schedule and controls her own life. While she doesn’t regret her line of work, she is disappointed with how her battle for human rights has been widely ignored by the authorities, including the Minister for Human Rights Ideli Salvatti.

“There are no human rights for prostitutes,” Joyce said. “They don’t recognize us as humans. But I will continue to fight for our rights.” 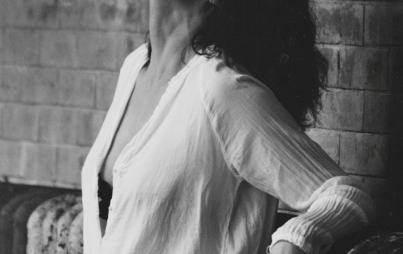