Nailed To The Cross: Interview With Viviany Belebony And Her Fight Against Transphobia (Warning: Graphic Images) 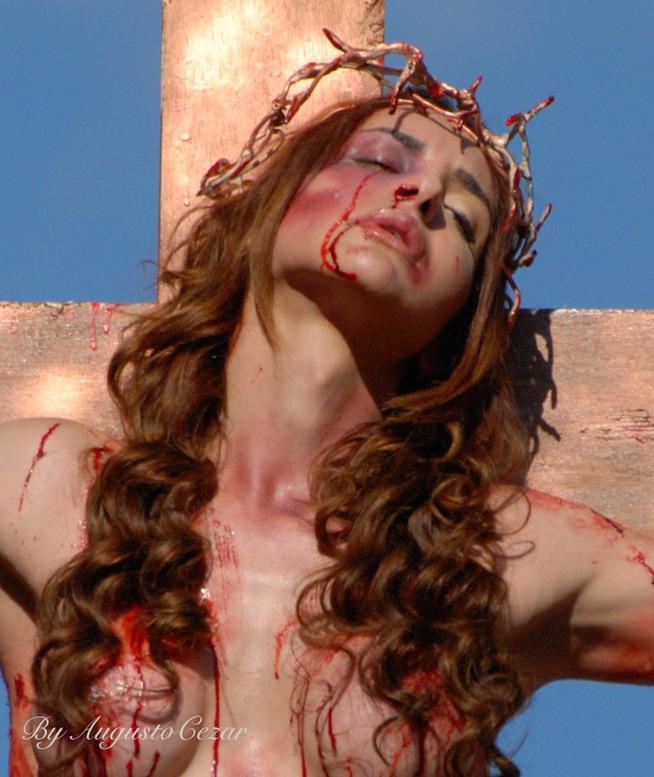 When trans woman Viviany Belebony, 26, shocked the Brazilian public in the beginning of June by parading in São Paulo LGBT Pride as a bloody, naked version of crucified Jesus Christ, an extremely conservative public claimed blasphemy. 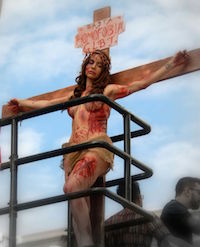 Viviany nailed herself to the cross — which had the saying “NO MORE HOMOPHOBIA” on the top — during Pride because she wanted to represent the pain and death suffered by the LGBT community. She insists that she was not dressed as Jesus (like so many are claiming) but as a beaten, injured version of herself. I was able to catch up with Viviany for an eye-opening interview: 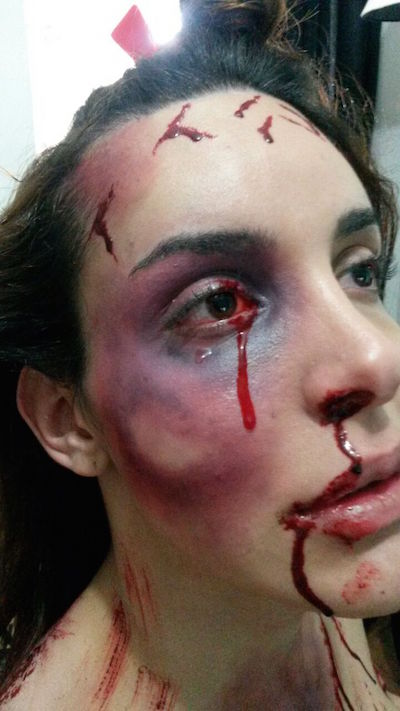 “I used the marks of Jesus, who was humiliated, beaten and killed. This is exactly what has been happening to a lot of people in the LGBT community, but no one is shocked by that,” she explained. “I wasn’t dressed like Jesus, I was dressed like Viviany, whipped by my life story, beaten by prejudiced people. I was also representing people who were killed by homophobia. I was dressed as Viviany, massacred by society.”

A photo of Viviany in São Paulo’s Pride became viral when (notably homophobic) Congressman Marco Feliciano published it on his Facebook page, alleging blasphemy and disrespect. Since then, Viviany has received death threats every day, avoids leaving her house because of panic attacks, and only attends events when she is surrounded by friends who make her feel safe. 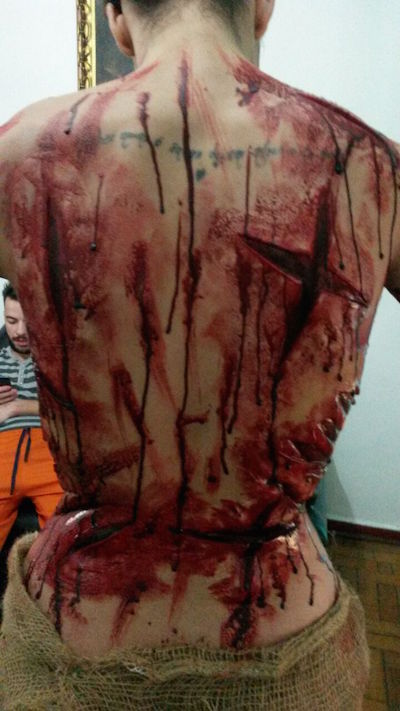 “I am suing Marco Feliciano because the attention he gave me has been so negative because of something positive that I was trying to do in my life,” she said.

Despite attempts to make Brazil an LGBT friendly destination in 2011 and the legalization of same-sex marriage in 2013, Brazil is still an incredibly intolerant country when it comes to its LGBT community. While the Human Rights Committee discussed the possibility of giving a government allowance to “ex-gays” who have gone through conversion therapy last week, statistics point that one gay, transgender, or bisexual person is killed every 28 hours in Brazil.

Being transgender in Brazil can be particularly lethal: the country holds the highest murder rate of trans people in the world, according to Transrespect Versus Transphobia. Terrifyingly, according to the group Transrevolução, life expectancy for trans people is about 30, against the cis-average of 75.

Viviany knew she was transgender from an early age. She was bullied in school, beaten by her classmates, and made homeless by her own sister at age 17, for coming out as gay and for performing as a drag queen.

At 24, Viviany came out as a trans woman, which has affected her ability to find work. Her dream is to be an actress, but employers often back out of job offers once they realize Viviany is a trans woman.

“It’s been almost two years that I am trying to be an actress, and I find myself getting sad when I watch TV and see people who are not trans play characters who are trans,” she said. “This saddens me because I am fighting to start my career, but I am failing. And what I want the most is to be a reason for pride in the LGBT community.”

The aftermath of Viviany’s Pride protest is a sample of Brazilian society’s intolerance towards transgender people, particularly from religious branches of the population. A bill that made discrimination against LGBT people a crime was pushed aside in the beginning of this year amid concerns that “the bill of the law infringes on freedom of speech, especially that of religious preachers,” according to Folha de São Paulo. While there is no punishment for those abusing and terrorizing Viviany every day, Congressman Marco Feliciano — the man who made her photo go viral in an unsafe, conservative space – continues to sit in his government position, comfortably spreading hate with the click of a mouse.

If you like this article, please share it! Your clicks keep us alive!
Tags
Viviany Belebony
São Paulo’s Pride
Marco Feliciano
Transgender
trans woman
trans woman nails herself to cross