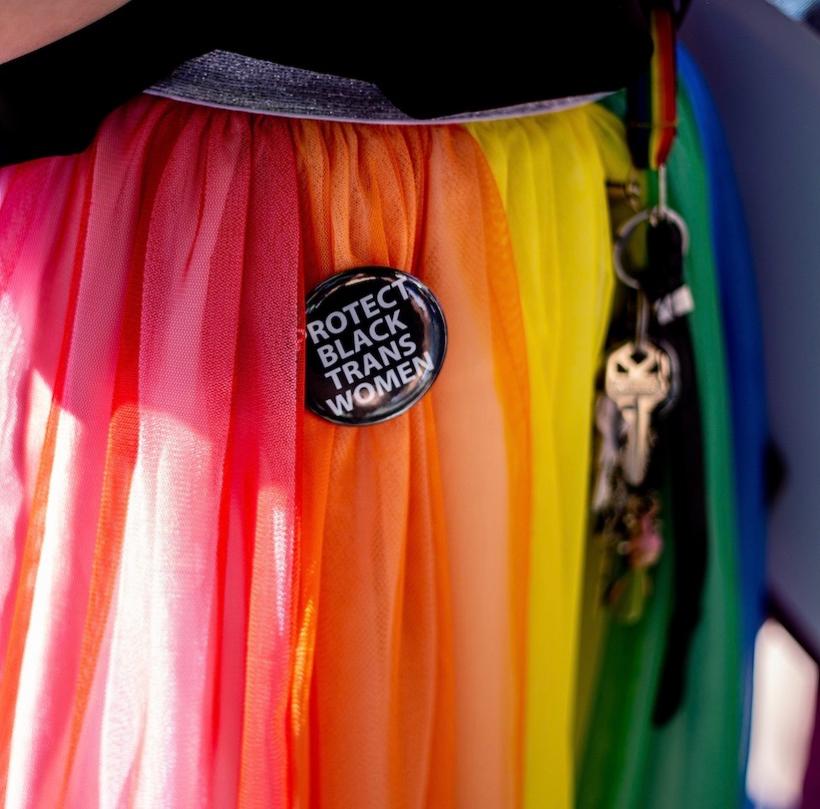 Photo by Allie Smith on Unsplash

Transgender Texans are finally afforded legal protection against hate crimes. With the recent introduction of House bill 1513 to add gender identity to the list of protected classes under the 2001 James Byrd  Jr. Hate Crimes Act, Texas state representatives finally acknowledged the rights of a community that is far too often victimized and dismissed. That’s a step forward.

Now, if we could get our larger community to embrace our trans community, we may make real progress.

Muhlaysia Booker was found shot to death on Saturday, May 18, making her one of five transgender women killed in 2019. Last month, I attended a rally for her after a brutal assault of the 23-year-old African-American transgender woman was captured on video and shared on social media. As heard on the video, someone was offered $200 to assault Muhlaysia. Several onlookers joined in the attack and, after several painstaking minutes, a few people, thought to be her friends, were able to drag her limp body from the scene. Police were investigating the assault as a possible hate crime. There were few people from the larger community at the rally following her assault; and following her death there were over 100 people in attendance from all segments of the LGBTQ+ community. Unfortunately, in her death, the community showed up for Muhlaysia more than they did in her life.

Last year, I attended the memorial for Karla Patricia Flores-Pavon, a 26-year-old Latina transgender woman who was found choked to death in her Dallas apartment. In May 2018, Karla became the ninth known trans person murdered in the United States. As in the Dallas case of Muhlaysia and Karla, many of the assaults and deaths of transgender people nationwide are, sadly, women of color.

The common, most disturbing, thread that I noticed at both memorials was that our larger community of straight allies and our other LGBTQ+ brothers and sisters don’t seem to show up for the most marginalized of our community.

Those attending Muhlaysia’s rally were predominately transgender women of color. There were few straight allies or even the L and the G of our LGBTQ+ acronym. Mostly Latinas attended the memorial service for Karla; there was little news coverage and few straight allies. It saddens me that we don’t stand alongside our trans community when they may need us the most.

At the end of April this year, I had the opportunity to attend a couple of sessions of the 8th Annual Black Trans Advocacy Conference (BTAC), annually held in Dallas. During the session on being a BTAC Ally Partner, Houston activist Diamond Collier eloquently voiced what the Trans community seeks —and, really, what all of us seek: to “be celebrated and not just tolerated.”

I am thankful for the space where I could become better informed on how I can advocate for, create, and hold space for some of the most marginalized, overlooked, forgotten, dismissed and disrespected people in our LGBTQ+ family.

An April 15, a NewsOne article points out that physical attacks and assaults against the transgender community often go unreported. The Human Rights Campaign keeps track of deaths in the transgender community. In 2017 there were at least 29 deaths due to fatal violence; in 2018 there were at least 26 deaths. The HRC reports that this “fatal violence disproportionately affects transgender women of color, and that the intersections of racism, sexism, homophobia and transphobia conspire to deprive them of employment, housing, healthcare and other necessities.”

The passing of the new gender identity bill aligns Texas law more closely with the federal hate crime law that already includes gender identity. The bill’s passage is more notable because it comes on the heels of the April 24th execution of John William King, the murderer of James Byrd Jr. The original James Byrd Jr. Hate Crimes Act strengthened penalties for crimes motivated by a victim’s race, religion, color, sex, disability, sexual preference, age, or national origin, but did not include crimes committed against a person based on their gender identity, which includes our transgender community.

There is absolute courage in living out your truth.

I can’t completely understand the bravery it takes to live the truth of your being out loud when the odds are stacked against you —even within your own families. I have a privilege as a cisgender woman that I have taken for granted more times than I’ve recognized. I have the privilege to show up in spaces like school, work, church, and the grocery store with no one giving me a second look because I don’t fit into their pre-set and conditioned idea of what a man or woman looks like.

Diamond said it best during the BTAC Conference, I hope to keep this mantra in the forefront of my thoughts as I do my best to show up, create, and hold space for all of those whose experiences may be different than mine and that I work and live so that you can and will “be celebrated and not just tolerated.”

Joli Angel Robinson manages Community Engagement at the Dallas Police Department  and is a Public Voices Fellow with The OpEd Project. She is currently pursuing her Doctorate in Organizational Change & Leadership from USC; she received her Master’s and Bachelor’s degree from Dallas Baptist University.

If you like this article, please share it! Your clicks keep us alive!
Tags
trans
trans community
Transgender
ally
allyship