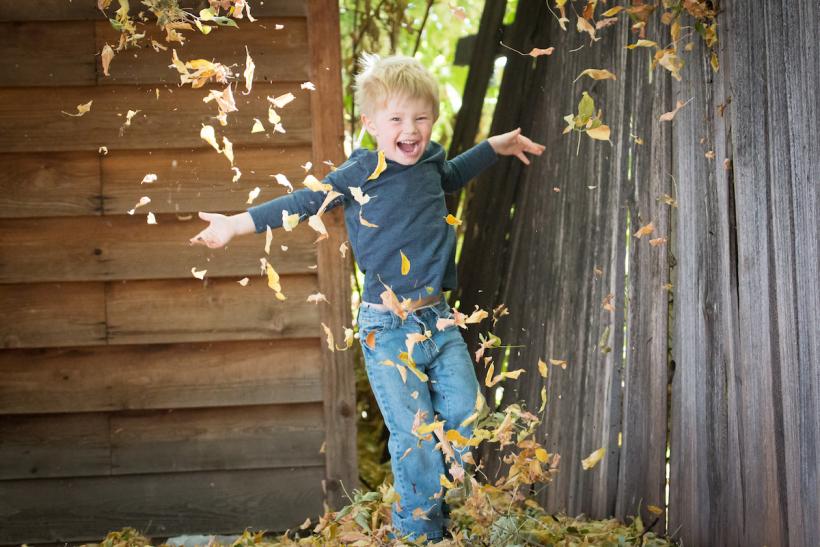 Photo by Justin Young on Unsplash

Dear Friends, Family, and Everyone Else This May Concern:

We have some news. Those closest to us already know, and others have guessed, but now that it’s about to become officially official, we wanted to share it with a wider audience.

Almost two years ago, we thought our son’s insistence that he was a boy was a phase. We didn’t make a big deal out of it, only said, “Okay.” As time passed by, his insistence proved to be a product of our inability to hear.

But we’re listening now. He asked us to call him “he/him” at the beginning of the school year, but only at home, not at school. I spoke to the school psychologist to make sure everyone was on the same page — that our little one was possibly trans, but we weren’t certain yet, and didn’t want to jump the gun and just assume (he was five at the time.)

He begged for a haircut, and we let him get one. The pure joy on his face as he watched the length fall away should have left no doubt as to who he was.

On the third day of school, the teacher called, because our child was upset at going into the girls’ bathroom. He told her he belonged in the boys’ bathroom. We came up with the temporary solution of using the nurse’s bathroom, which at the time, was fine with him.

But eventually, children ask questions. So many questions. And for a trans child, those questions become stressful.

It all led to the day he came home, threw himself in my arms, and gave me a long list of reasons why he wanted to be “the same, not different. I’m different and I don’t want to be different, I want to be the same.” In that list was that he should be using the boys’ bathroom, like all the “other boys.” Also in that list was that children always thought Lily was a girl’s name, and he was a boy.

Our child is transgender.

We told him we believed him. After months of saying he wanted to keep the name Lily because Mom and Dad chose it, he decided he needed to choose a new name, one that didn’t “sound like a girl name.” So he chose one. It took him about two hours, because I explained we only change our name once (he wants to change it at school, and they have been wonderful about introducing this transition to the class in an age appropriate way, but for many reasons I want to make sure we only have to do this the one time.) He took two hours, deliberated, and came up with a new name.

I’m grateful it wasn’t “Red,” the name he used from ages three to four, or “Virgil,” which was his father’s contribution.

He took his time. He chose well. And when he chose his name, he would no longer answer to his old name. He uses it sometimes, on his own terms. But for everyone else, he expects the respect we’ve given him all along. So we’ll use his new name. (Side note: I’m human. Sometimes I forget. When I do, I throw a quarter in the “Jack Jar.”)

I don’t feel like I’ve lost a daughter — he’s never really been anyone but himself.

But I do have a small sadness at losing the name we chose for him, the one we agonized over, if only because he loved that name until other children taught him differently. Given the fact that he has to navigate the world with it, though, I don’t begrudge him the change.

I’d say, “Welcome to the world, Jack,” but he’s always been here. So instead I say, “I hope you’ll continue to let us in.”

For those of you for whom this is a shock, or who don’t understand, you only need to know three things:

1. He’s happy. Being himself is the greatest gift we can ever give him. His pediatrician agrees.

2. We support him. We, his parents, the people who are with him every single day, and who know him better than any other human, support him wholeheartedly.

3. Good wishes are welcome. Questions are welcome. — One of the reasons I wrote this in a forum in this way, is because, as my spouse mentioned this morning, if we don’t have the tough conversations (ironically, we were NOT discussing this situation), how do we progress? We’re not going to judge you for asking because you want to know more. We want people to understand in the hopes that we can build a better future for our son. But criticisms, unsupportive comments, and judgment has no place in our life. We, like every parent, have our children’s best interests at heart, and we will surround them only with acceptance.

Lastly, I’ll leave you with the words of transgender icon Laverne Cox:

“We are not what other people say we are. We are who we know ourselves to be.”

If you like this article, please share it! Your clicks keep us alive!
Tags
transgender children
transgender names
Transgender
lgbtqi

Our Child Is Transgender
Sandy Roffey