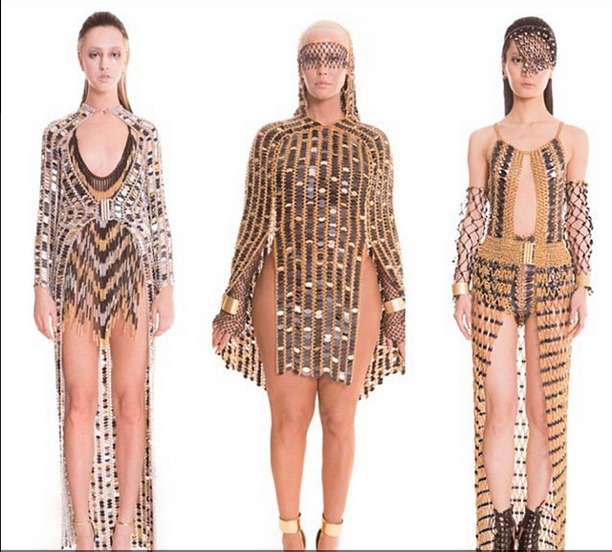 One can hardly grab an ice-cold Kombucha and quick box of condoms from the corner store without seeing a tabloid splash of Amber Rose's nether regions during Laurel DeWitt's Fashion Week show. 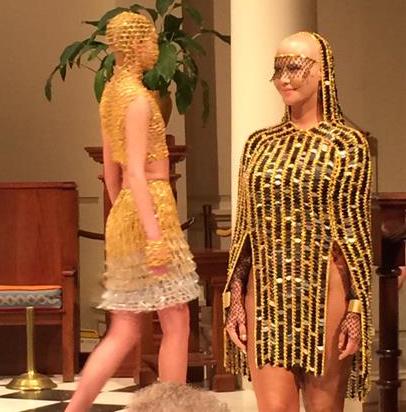 Yes, Amber Rose (who, for those of you happily hiding beneath a pop culture rock, is a former stripper-cum-model who was "discovered" by none other than Kanye West) is a bona fide sex-goddess-beast and her come-hither thighs would make any scrawny girl (like me) weep.

And sure, yeah, it's nice that Amber Rose was willing to sacrifice her vaginal mystery for the sake of art, I guess, but if that was your only takeaway from the show, we're going to go ahead and rip your sex-crazed blinders off.

Laurel DeWitt's designs was nothing short of mesmerizing, and it breaks my shallow heart to see Amber Rose's crotch take center stage in the headlines.

Let's take a moment and remember why this show was so ah! mazing in the first place, shall we? 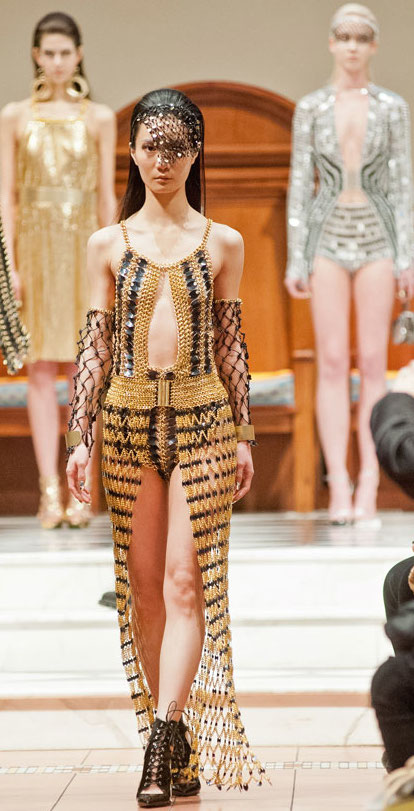 Ahhh, Laurel DeWitt's pieces sure were intricate. Yeah, and the Titanic was kind of big. Come on! Get a look at the ornate intertwining of metal (a Laurel DeWitt signature) meticulously styled to fit the silhouette of tunics, sheaths, gowns, crop tops, and crinoline skirts. Then, of course, we can't forget about the elaborate headpieces that accompanied many of the pieces. Take a look to the right. Notice the way the metal appears to be crocheted? It actually is. Let it to DeWitt to make metal flow like a heavy silk.

The Setting
Though DeWitt herself admitted that the spot was indeed, scored at the last minute, onlookers undoubtedly thought it was planned months in advance. The location? A church. More specifically, Holy Apostles Church in New York. The intricacies of the Church's stained glass echoed the glinting geometry of Dewitt's designs while the circa 1845 architecture serves as a strange and arresting foil to the neo-Cleopatra vibe.

It may have been a slap-dash decision but damn, she nailed it. Necessity is the mother of invention amiright?

Proud Parents
Smack dab in the front row sat DeWitt's parents, Ellen and Doug DeWitt. Carrie Pink of HelloBeautiful chatted with the emotional pair briefly after the show. Ellen declared, "Every time I see her present I am even more blown away than the last. I’m just very proud of her." What's sweeter than a pair of proud parents acting as cheerleaders in the coveted front row instead of the proverbial B's in black? 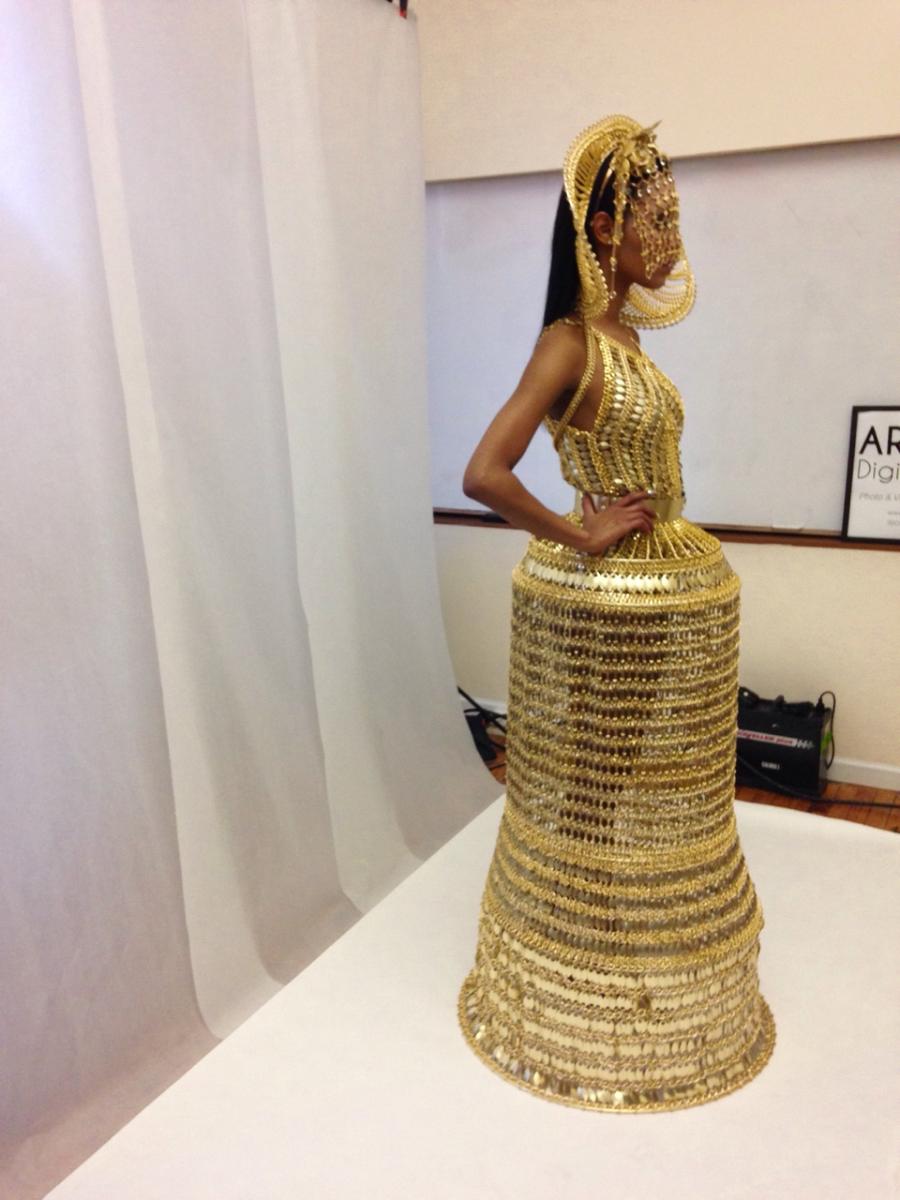 Some of the designs (like this one on the left) evokes old world styles. This particular skirt resembles a cage crinoline petticoat hailing from Western fashion in the mid 1800's. The headpiece, on the other hand, echoes ancient Egyptian ornamentation. Right away—inexplicably!—the ensemble deftly blends these two styles seamlessly together (literally and figuratively) while the exposed legs offer a nod to our modern era. Oh, and the highly structured metal adds a futuristic undertone which only manages to complicate—and raise— this bar even further.

It's Art. Plain and Simple.

The fashion industry is as mercurial and erratic as it is artistic. Amidst the rise of awful trends (one word: Normcore), designs that look more like museum pieces than yoga wear are a decided breath of fresh air. While Laurel DeWitt has already dressed notable stars (like Nicki Minaj), we're betting this new line will sky-rocket her visibility into that of a pending icon.

Check out a clip of the show below . . . but try not to stare at Amber Rose.