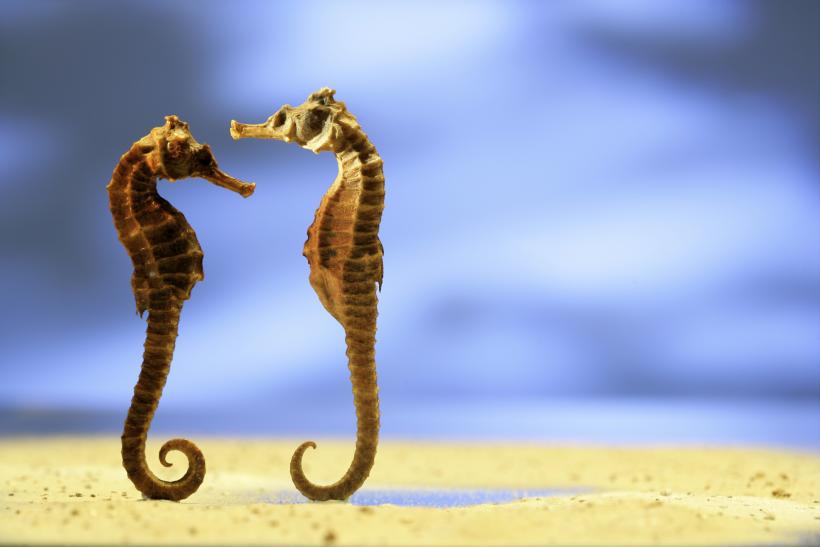 I picked him because he understood what I really wanted was a seahorse. Or rather, there were certain seahorse qualities I wanted him to share. I wouldn’t be cleaning his dishes after breakfast and dinner and he respected that about me. We were your typical bohemian couple. He thought I was mad, but in an artistic way; I thought he was horny all the time, but in an artistic way. If we are ever to have children, I said, you must adopt the qualities of a seahorse or else it simply won’t work for me. He nodded his head, ran his fingers through my hair. I understand, he said.

And then he did the one thing he said he wouldn’t do. He got me pregnant. I found myself 25 years old, married and pregnant, barefoot in front of the kitchen sink, hair up in curlers, swearing the life I swore I’d never live. That happens to every girl, my mother said. Every girl, deep down, wants a family. Male seahorses, after they lay their eggs, swim away, never to be seen again. It was the least he could have done.

Instead, he stuck around—thirty-two years to be exact—until I found him this morning, face down in his cereal bowl.

Dragging his body to the ocean wouldn’t be so difficult if he hadn’t packed on the pounds in his later years. He’d probably still be alive if it weren’t for a lifetime of donut holes now sitting in his gut, wobbling back and forth as I slide him belly up through the sand. We swim out together, my arm wrapped around his cold, stiff body. Just as the sun dips below the horizon and we’re almost past the point of no return, I kiss him goodbye. I swim back on my own. Now he’s where he was always meant to be, back where he belongs.

If you like this article, please share it! Your clicks keep us alive!
Tags
flash fiction
Kate Ryan
seahorse love
Relationships
dating
Love
breaking up