Fiction Friday: We Were Many Things 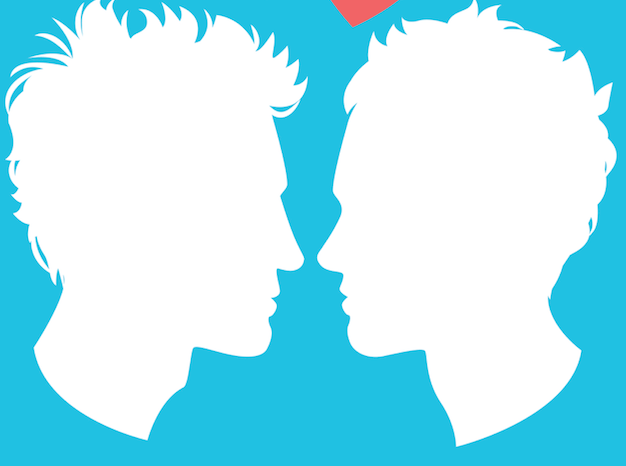 We roamed the school grounds searching for meaning. We found it on the thick grass slick with dew. While others played rugby we lay in the undergrowth staring at the open expanse of sky and reading Keats and Wordsworth. The sky was our private movie screening. It existed only for us. The meadow was ours too. And so was the lake. We loved this world and yet we were desperate to escape it.

We were fifteen and belonged to the most expensive boarding school in England. The teachers spoke of our future fondly, like a sibling they were especially proud of. Failure was not an option they informed us with cool derision, breeding us into arrogant little fucks. They never said it, but I suspected homosexuality was not an option either.

Each summer the pupils scattered. I lived in Somerset and Marcus in London, an insurmountable distance. We relied upon crackling phone lines, conversations interrupted by the heavy breaths of eavesdropping siblings, parents yelling at us to hang up and free the fax line. I visited Marcus one weekend. His Notting Hill home was chic and minimalist. Each piece of furniture was expensively delicate, carefully selected to complement a theme of urban modernity. His parents were rich liberals. They didn’t mind me drinking their Scotch and smoking their cigarettes so long as I agreed John Major had been a disaster for this country. Together we grew intoxicated. They loved you, Marcus mouthed the moment they went to bed, his eyes flickering from my forehead to my lips, resting there a fraction too long, and then he was leaning in and kissing me. The next morning we didn’t mention it. I spent the rest of my summer reliving those precious twenty-two seconds.

In September we returned to school. We skipped chapel on our first morning. We climbed fences, the organ notes growing steadily more distant. We returned to our meadow and stared at shapeless clouds. We described our summers, our annoying younger sisters and overbearing parents. Propped up on one elbow, Marcus traced the outline of my jaw. I stared with open longing and then we were grabbing each other with a frenzied urgency. Together we are invincible, I said in the aftermath, my body humming pleasantly.

We were young. We were arrogant. We were many things, but we were not invincible. Marcus was cycling home, a newspaper tucked beneath his left arm, when a van hit him. We had been together for eighteen months. The funeral was brief, surreal. Afterwards we returned to Marcus’ sparse and barren home. I drank tea with his parents and spoke in polite platitudes.

Excusing myself I entered his bedroom, half expecting to see him there. There was a notepad on his bureau. It contained nothing of consequence, algebra equations he’d struggled with, a selection of drawings, a vague description of a dream he hoped to decipher. I slipped it into my pocket.

There have been many lovers since, male and female. In those post-coital moments I close my eyes and return to our meadow, our open sky, the organ playing softly in the distance, a half-smoked joint in my hand, a poetry book thrown to the side, and Marcus tracing my face with his index finger, Marcus throwing his sun-kissed face back and laughing, Marcus murmuring eloquently dirty thoughts against my flesh.

For years I studied his notepad. For years I tried to make my handwriting match his. It never did look the same. It never will.

Fiction Friday: We Were Many Things
Hannah Sloane