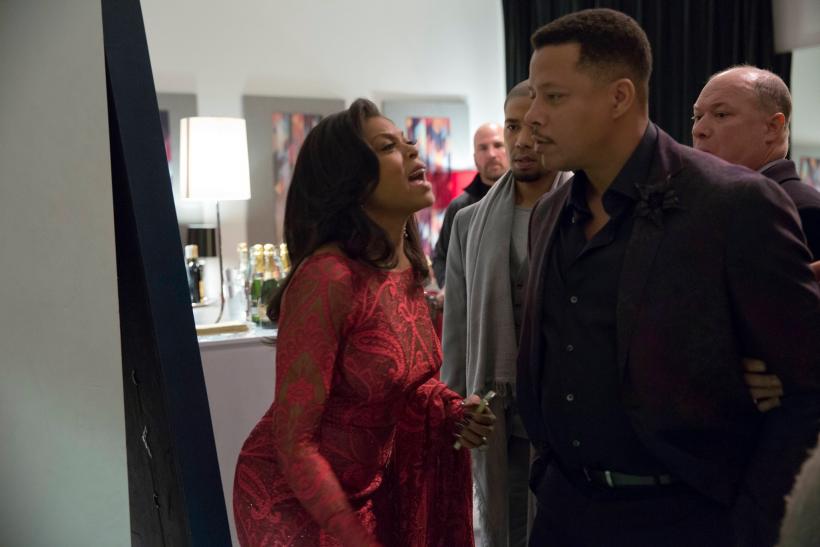 The big question is: Why does Daniels’ show get what Perry’s films don’t?

I missed the initial airing of the Empire finale. I’d planned to stay home and live-tweet it like I usually do, but a friend called me crazy. “You’d rather sit home and watch people build an empire instead of building one of your own?” Her version of “building an empire” was drinking wine at happy hour prices while listening to a great DJ. Everybody builds differently.

Anyway, a day after everyone else, I’ve finally watched the manic two-hour season closer. My first thoughts as the credits roll? Whoa. I sat in silence, wondering, “What did I just watch?” Empire has played for team “Doing the Most” since the beginning. That and Cookie are consistent. But last night was Daniels and the writing team—because no one person could come up with all this—at the height of their caffeine-fueled mania.

That finale was everything. And not like, EVERYTHANG. But like, literally, everything, plus the kitchen sink. It was enough plot to fill all 13 seasons of Dallas, and a few episodes of Jerry Springer. In no particular order, all these things happened: I’m pregnant! I’m locked up! I ain’t a killer, but don’t push me! I’m a murderer! I’m an attempted murderer! It was self-defense! I’m dead! I’m not dying! Mystery disease! Sex with someone other than my ex! Revenge sex! Gay sex! The Feds! My name is not my name! I ain’t no bitch! I’m bipolar! I’m a homophobe! Gospel music! Rap battles!! Sing offs! I’ve been kicked out of better places . . . Well, I ain’t never been kicked out before, but . . . Ghosts! Sleep talking! Catfight!! You get a gift! You get a gift! You get a gift!

Tyler Perry must be somewhere rocking his infant in a rage, cursing Lee Daniels for stealing his “all of it, everything, more is never enough” formula of storytelling, which has always garnered Perry viewers but never the praise of critics or colleagues, of which Daniels has countless.

The big question is: Why does Daniels’ show get what Perry’s films don’t? It’s partly the production value but also the medium. If nothing else, Empire is pretty to look at. It’s flashy and excessive, channeling the (90s) hip hop entertainment world in which it’s anchored. It’s slicker, a superlative of slick, than anything Perry’s ever done. It’s ostentatious without being gaudy, which is marked by a very fine line that Perry hasn’t yet learned to walk.

Empire also wins because it’s not trying to be anything other than what it is: a soap opera. Yes, it’s campy. Every character at all times is operating on a 15 instead of a reality show 12 or a real world 5-7. But such is the way of soaps. Perry often seems like he’s trying to serve well-heeled and developed drama, unaware that he’s gone too far and still falls far short. There is no better example than the travesty of what he did with For Colored Girls . . .

Empire isn’t even a guilty pleasure. For all its excess, it’s just pleasure. And for all the fast-moving, piled-on wreckage of the Empire’s finale, I’ll still be tuned in next season to see what’s next, or better, what’s left to do? Short of an alien encounter and an abduction in a UFO, after only one season, I don’t know what Empire hasn’t done yet. I’m sure Daniels will think of something.