If I Had Stayed 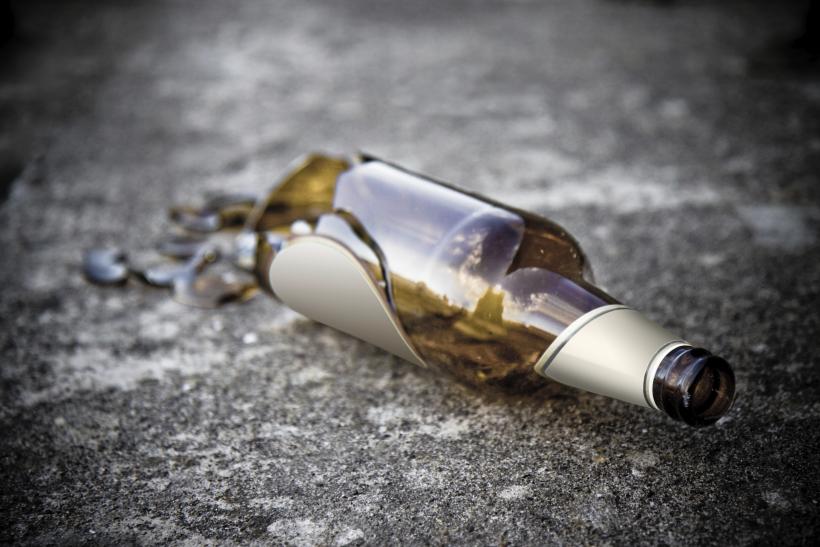 I would like to say that I left him for me—but I didn't. I left him because his behavior began to hurt my kids.

I spent many years trying to figure out why he drank. Was he an addict or just a drunk? That question consumed my thoughts and became an obsession. If he was an addict, I told myself, he was compelled to drink—he wasn't choosing alcohol over me. But, if he was just a drunk, he was choosing to drink. At the time, the distinction seemed critical. It didn't dawn on me then that the results were the same either way.

Alcohol wasn't his only addiction: sex and gambling were his other drugs of choice, the riskier the better. Losing the mortgage payment at the casino or soliciting sex on Craigslist were par for the course. When, curled into a ball trying to escape the pain, I asked him how he could do these things to our family, he told me that I really needed to get over it or our relationship just wasn't going to work out. Eight years, two kids, and a hefty mortgage in, I looked around at my life and I had no idea what he meant. I couldn't conceive of a future that didn't include him—"not working out" wasn't an option.

For a long time, I thought that he would get help if he understood how much he was hurting our family. I tried to set boundaries and clear consequences. I even attempted to minimize the damage that he could do by limiting his access to our finances and hiring childcare to cover for him. We went to marriage counseling. He went to rehab. And, sometimes, things got better. Almost as if by magic, he would stop drinking, stop cheating, and morph back into the man I had fallen in love with, long before he began to drink. Months or even a year would go by without incident but my guard was always up, just a little. And, eventually, the other shoe always dropped.

I sometimes wonder whether my dogged determination to salvage our marriage made him hate me even more. It seems clear now that he was as determined to propel me out the door as I was to stay. If implied cheating wasn't enough, he would leave his email and an extra large map to a woman's home open on his computer for me to see. If coming home every night at 3 am vomiting and passing out wasn't enough, he wouldn't come home at all. The more I told him that something hurt me, the more that he did it.

Still, as bad as the actions themselves were, his dismissal of my emotions was nearly as damaging. If I cried about his cheating, I was too "emotional." If I was angry about his gambling, I was "crazy." I taught myself to present my case like a lawyer in a court room, entirely devoid of emotion. But, then he would just change the subject to something I had done, instead. His feelings left no room for my own.

I would like to say that I left him for me—but I didn't. I left him because his behavior began to hurt my kids. If it had only been me, I don't know whether I ever would've gathered the courage to leave. He was my first real adult love, and we had built a life together out of nothing. I might have spent a lifetime trying to repair him and that life we shared, but I loved my kids more than I loved him or even myself. So, I left—but I would be lying if I said that I never looked back.

It's been almost as many years apart now as we were together. We are not partners or even friends. We are tied together by our children, but that tie is gossamer thin. I raise them, nurture them, and parent them; he comes in and out, but mostly out. He's never been a constant, and they've stopped expecting him to be.

His ex-girlfriend contacted me recently to let me know how bad it is. She wanted to make sure my kids were safe. She said that he had told her it was her fault. She was all he had, and she had left him with nothing. She was the reason he drank.

But, I've never seen his apartment. I haven't seen him for a long time. He doesn't even bother to try to berate me through texts and emails anymore because I simply stopped answering him.

My life is not chained to his addiction. There is no chaos waiting to consume me, and no revelation lurking behind every corner. I am blessedly, beautifully free.

Because I didn't stay.