The Epic Myth Of The Sleeping Toddler 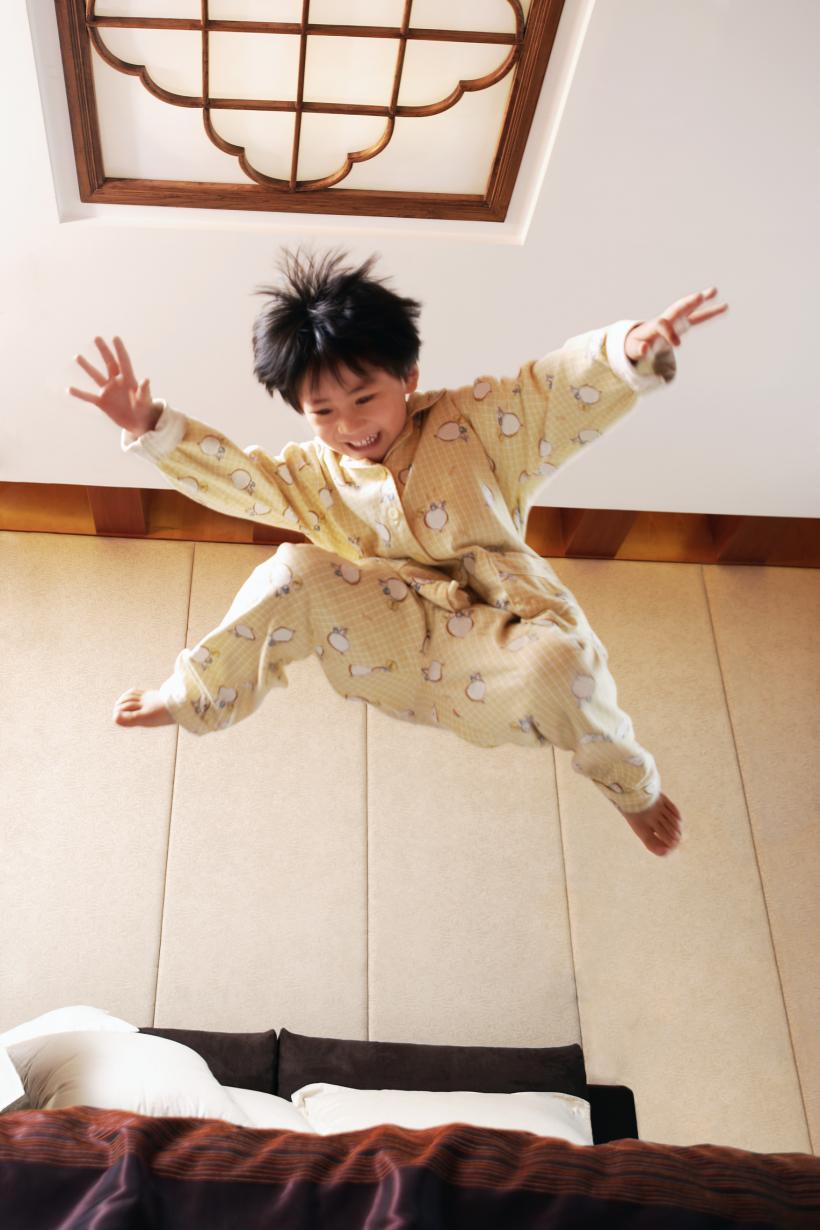 Another fun activity my 3-year-old especially likes to initiate is a little game called: Ask Mommy 73 Probing Questions at 3 AM.

Toddlers sleeping? Is that a thing?

I don't know, maybe you've heard this rumor about me having five kids. I just checked. I actually do have five kids. Whoa. How did that even happen? That's rhetorical. Don't tell me. I know. Something with a bird. And a bee. And a vagina.

In 1995 I had a newborn. Yes, I am that old. No, I do not need to be reminded. The sleep fads of the day weren't really in my wheelhouse, but when my sweet little baby was four months old, and still sleeping in my bed, and essentially nursing all night, our pediatrician (who I adored, excepting this one piece of advice) told me she should be sleeping all night. And as a means to accomplishing this, I should just put her in her bed and let. her. cry.

The other day I read this enlightening—and simultaneously terrifying—article about toddler sleep. Apparently there has been some research suggesting (I'm not going so far as to say proving, as my own experiment is still in process) that poor-sleeping toddlers become poorly-behaved children.

What I mostly want to say about it is, oh my god, what in the name of all that is sacred and holy am I supposed to do now? Thanks a whole load of crap, Mother's Intuition.

Because here's the thing. I never let my babies cry themselves to sleep. Oh and by the way, they sleep like absolute shit.

Now when I say absolute shit, I don't mean they go to bed at 9 and get up at 7, waking twice in the night requiring comfort or sustenance.

Here's what I mean: My kids like to go to sleep, oh around, whatever the hell time they please. This might be 8. This might be 10. I'm not really in control of this situation. And the first person who says anything to me that even closely resembles, "If you set a schedule, they will follow it," gets to take them for a week.

Another fun activity my 3-year-old especially likes to initiate is a little game called: Ask Mommy 73 Probing Questions at 3 am.

Yes, I said am. Which means ante meridian. Which means before noon. Which, in this case, means 3—in the morning. Topics covered include, but are not limited to: the sun and other objects in space, cars/trucks/tractors and their engines/exhaust/catalytic converters, the air conditioner, and pancakes. The first person who tells me, just put him back in bed! gets to come explain internal combustion while 4/5ths asleep.

Somnambulist/automotive experts in the house? No?

The most fun is the morning wake-up, however. Which is usually around 6 or 7. Oh that's good you say? Well yes it is good. Except that for the last two years they have been getting up somewhere after the 3 am existential conversation and before sunrise. So like 5. 5:30 on a good day. "Put on the TV," you say. "Go back to bed!" you say. Here's what I say—you obviously have no concept of the destructive nature of a 3-year-old left to their own devices in the kitchen.

Let me just say it's special.

Let us return to the aforementioned Reuters/HuffPost article, which would like us to know that poor toddler sleep might mean that your child will be poorly behaved. The definition of "poor toddler sleep" is apparently "less than 10 hours of sleep and/or nighttime waking." And furthermore? It seems that "at 18 months, almost 60% of toddlers were sleeping for 13 to 14 hours per night."

HAHA you're so funny Reuters!

So by lousy I mean—on a scale of baby kitten to dingo—they range from wolf to Tasmanian devil. Thankfully, two of those four now sleep rather well. One of them actually likes sleep and the other one doesn't get much, but seems to wish he did. The one blessed good sleeper was also my easiest pregnancy and the easiest toddler. Except for a few issues with pooping outside, which I won't discuss here. (You know who you are.)

As for their "poor behavior," well I don't know. Who decides what constitutes "poor"? They get a little crabby, but they aren't lighting anything on fire. Yet.

If you like this article, please share it! Your clicks keep us alive!
Tags
raising children
toddlers
motherhood
toddlers sleeping through the night