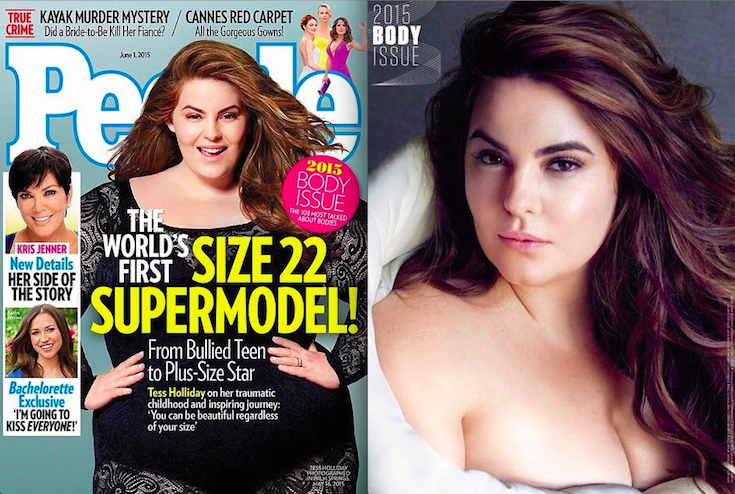 You already know that Tess Holliday is the first size 22 model to sign with a major agency. Now, she is on the cover of People magazine; it’s safe to say this is only the beginning for her.

Holliday’s success is a major step in the body acceptance movement. On Thursday, Holliday was on The Today Show, where she told Natalie Morales, “I think for me, it’s all about accepting the way you are now and loving who you are today. And if you want to work towards a better you in whatever regard that means, do it. But you’re okay just the way you are.”

This is an important message for all women. However, there is an aspect of her body that Tess cannot change: her height. Holliday is only 5'5". The height of the average model is between 5’8” and 5’11”.

Beauty standards have evolved in recent years. From Holliday to Kim Kardashian to Christina Hendricks and everyone in between, as a society we are coming to recognize being beautiful doesn’t necessarily mean being size 0. But there’s one aspect of the body acceptance movement on which we’ve really fallen, ahem, short. Why is being tall the standard for being a model?

I’ve struggled with my petite frame my entire life. I’ve always been “the short one.” And you know what? I don’t like it, but I have to accept it. I physically can’t change this aspect of my body. From being the shortest girl through school to the annoyance of having to alter every pair of pants I own (even sweatpants and pajamas), I’ve been height shamed my entire life. Even my parents thought there was something wrong with me as a child, and took me a various doctors for all sorts of testing. (According to the results, I have two neurotic parents who passed their height genes to me.) I’m sick of being marginalized because of my height. I’ve always been the cute, short girl. 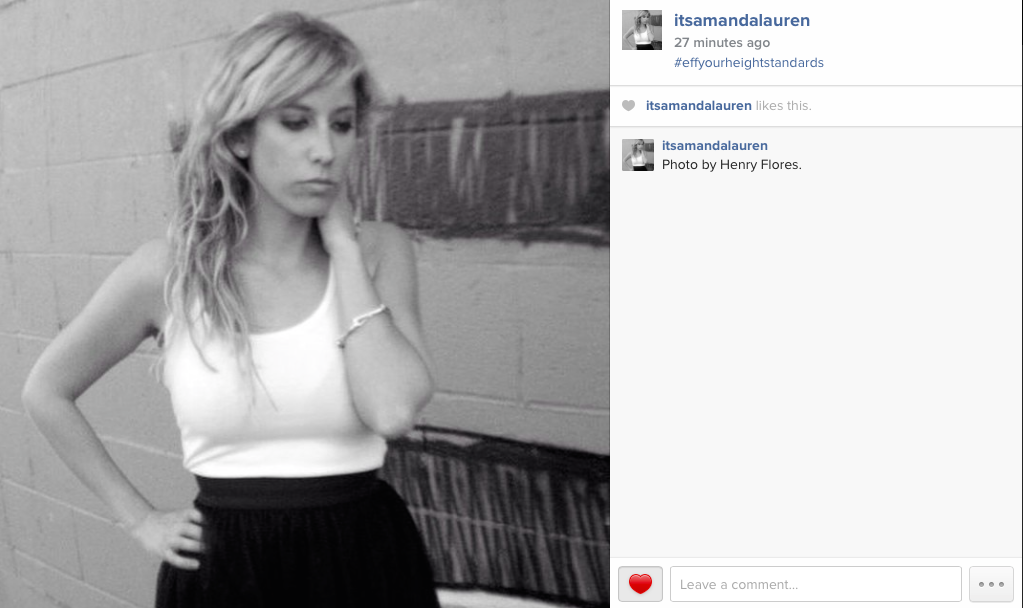 Had I been born seven inches taller, I’m pretty sure I’d be called sexy or beautiful, but certainly not cute. Cute is a meme of a puppy and kitten taking a nap on each other. Cute is a baby dressed for Halloween as a shark. Come on! A woman with an hourglass shape, D-cup breasts and proportionally long legs, who just happens to be 5’2” isn’t cute!

In the entertainment industry, many short women are recognized for their beauty, but we’re completely ignored by the modeling industry. Julianne Moore, whom I can only describe as stunning, is 5’3”. Perhaps the celebrity most associated with fashion, Sarah Jessica Parker, is also 5’3” (at least Carrie Bradshaw got to walk down a runway, even if she did trip). Mindy Kaling, who has been on People magazine’s Most Beautiful list, is 5’4”. Kerry Washington is the same height. Reese Witherspoon, at 5’1”, has graced multiple Vogue covers.

We’ve integrated plus-size models like Holliday and Crystal Renn. The Lane Bryant “I’m No Angel” ad campaign featuring a gaggle of plus size models, has been everywhere from televisions to bus stops. But why doesn’t fashion industry recognize petite models?

I know that part of the reason why models, especially runway models, are tall is that they are demonstrating clothing and taller women display the sample size better. Fair enough. Then again, to what extent is this necessary? Let’s be honest: No one is paying attention to the bras in a Victoria’s Secret show. On most print advertisements, aren’t we looking at the model first and the clothes second? There’s a reason why most ads for clothing show someone wearing it. Models are integral to a brand's image; they are just as important, if not more, than what a designer is actually trying to sell.

Don’t believe me? Think about it this way: Remember Kate Moss in those iconic Calvin Klein ads during the height of heroin chic? Do you remember what she was wearing? I didn’t think so. And by the way, Kate Moss is laughably considered a “short model” at 5’7”.

What Tess Holliday represents is that we are finally recognizing we don’t have to be Kate Moss or Miranda Kerr to be beautiful. We can have tattoos, piercings, be short, wear a size 22, and be idealized. After all, that’s what models are — they are our ideals, whether we admit or not. But, luckily our ideals are changing.

So, other than Tess Holliday, is the modeling industry actually changing? Sort of. Earlier this year, America’s Next Top Model put out a casting call for women 5’7” and under. While ANTM is hardly the standard for modeling these days, some less tall (I really can’t call them short) models are making it big, for a lack of a better term. Devon Aoki is only 5’5”. Eva Marcille is the same height. Laetitia Casta is just 5'6,'' as is Liberty Ross. But, there’s no one under 5’4”. There is not a single model on the runway that has ever had to ask where the petite section is. Not one owns a step stool. None of these women need to ask someone to hand them something from the top shelf at a supermarket, or, worse, experience the embarrassment of climbing on a shelf if no one is around to help. While all of these women are beautiful, there isn’t one model out there that has a body like mine.

The body acceptance movement is about accepting all bodies, and Tess Holliday has become one of the poster women for the cause. There are a lot of women who look like Tess Holliday out there, who are probably feeling some sense of victory that their body type is finally being celebrated. I’ll cheers to that because I really believe every body is beautiful in its own way. But when am I going to see a 5’1” model interviewed on The Today Show for her accomplishments? I will never be tall. I am stuck with my height forever. So when will I see a woman with my body type rocking the runway at fashion week? I don’t know, but I’d like to believe that Tess Holliday has brought us a little closer to that day.

While Holliday became a star on Instagram for her now famous hashtag #effyourbeautystandards, can we petite women follow her lead using the hashtag #effyourheightstandards? 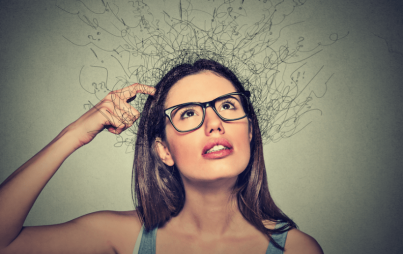