Sexual Violence In The Media 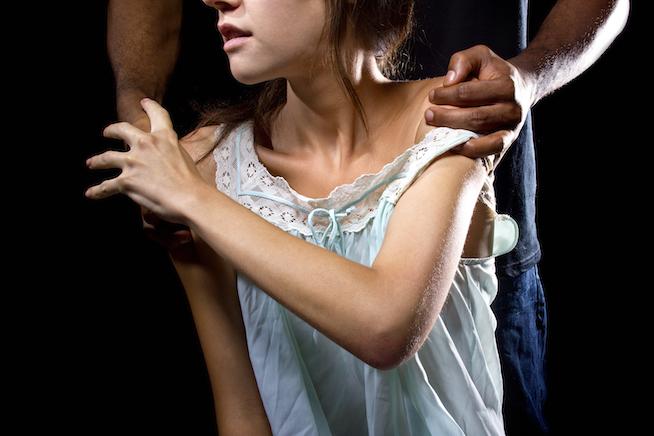 If you watch TV and movies hoping to be emotionally moved or intellectually challenged, you know that means you’ll sometimes be made to feel uncomfortable. Uncomfortable is exactly how viewers have felt during this season’s Game of Thrones, a program that repeatedly tests its audience’s tolerance for sex, violence and their intersection. For some, the “last straw” came some Sundays ago with an episode called “Unbowed, Unbent, Unbroken,” the night Ramsay rapes Sansa.

“Why did we have to see this?” The person I was watching with asked. Not an unfair question, though to me, the answer is obvious: because it happens. Because it’s true. Because male aggression and violence toward women— though not acceptable or inevitable— is a part of life. And art, as I understand it, is a depiction of life.

I was 14 years old when I went to see Larry Clark’s 1995 independent film, Kids. The movie, which came out 20 years ago this month, follows the lives of a handful of kids through the streets of New York City and culminates with a complicated sex scene that some might describe as sexual violence, wherein an older, more experienced boy unknowingly exposes his partner to HIV.

For me, as for many girls of my generation, Kids was a real life cautionary tale. Twenty years ago, the pervasive and incredibly fucked up misconception in Midwestern towns like mine was that HIV and AIDS were diseases solely affecting homosexuals and African people, not 14 year old white girls having sex for the first time. In the very least, I learned that sex could be consequential. More than any moralizing lecture I might have received in any health class, Kids gave me reason to pause.

Kids may be troubling but by far, the most shocking portrayal of sexual violence I’ve ever seen was Gasper Noe’s Innocent, a movie described by Roger Ebert as "so violent and cruel that most people will find it unwatchable." This is largely due to a scene in which the main female character is raped in a pedestrian underpass while the perpetrator slams her bloodied head against the concrete. The scene lasts nearly 10 minutes and is shown in one, long uncut shot.

Much like Ann Frank’s diary— another work of art that has raised concerns for its explicit sexual imagery— Innocent offers insight into the darkness of our world. Beyond the outright violence, surrounding narratives in both Innocent and Kids reveal the attitudes that some men hold towards women, from the insidious and seemingly innocuous to the downright horrific.

I wrote a piece for xoJane sometime ago about how, without context, there’s a risk that sexual violence can be perceived as sexy. But within their context, there’s nothing sexy about either of the scenes I’ve just described. It’s also true, as critics say, that graphic sexual violence risks normalizing something that shouldn’t be normal. That is why conversations we have in the wake of sexually charged material are so necessary.

In a review of reviews, Amanda Marcotte exhaustively explains why, in her words, “it would be ludicrous to do a series that investigates the consequences of a patriarchal, semi-feudal society where women are used as objects to be sold and swapped in the game of thrones and then pretend that somehow rape isn’t a part of that process.” Repeated sexual violence depicted in the series is not gratuitous, Marcotte says. Rather, it serves the purpose of showing how sexual violence and rape is a structural and cultural issue. Game of Thrones is fantasy— sure, we might not have dragons or zombies in our realm but we do have rape, and for these same reasons. Though not always true-to-life, most writers agree that fiction— even fantasy— is based on some emotional truth. Contextualized within and beyond their narratives, even highly provocative media can be a teaching tool.

To be sure, not all depictions of sexual violence will be done with tact, but even poorly done depictions create an opportunity for constructive critique. Some of the most meaningful conversations I’ve read about sex have arisen from the controversial work of Lena Dunham. A scene on Girls some seasons ago brought up a conversation about the difference between “rape” and “bad sex,” part of an ongoing conversation on the struggle to assign language to complicated sexual experiences that may not fit into our common conceptions of violence or rape. I’ve written about my own complicated sexual experiences and how we need more words to describe the stuff that we do to one another’s bodies. Words come from conversations, and nothing starts a conversation like “did you see last night’s episode?”

If you like this article, please share it! Your clicks keep us alive!
Tags
violence
media
Sex
sexual violence