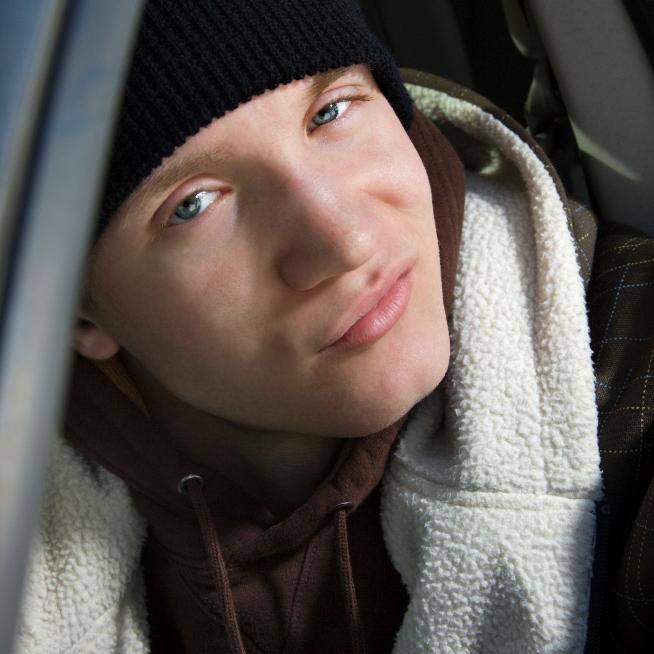 Rachel Dolezal, whether she is mentally ill or a deceiving opportunist and cultural appropriator, has made us take a good, hard look at American constructions of gender and race.

Dolezal's story struck a particular nerve with me because, in my youth, I was often accused of “wanting to be black." But, like so many white Americans before me, I was merely performing black masculinity — not claiming to be transracial. Surely there is a direct line between the hipsters of Norman Mailer’s essay “The White Negro” and the so-called “wiggers” of my youth.

In my adolescence, you could find me with my hat to the back, my pants down real low, Timbos on my toes, massive black headphones; perfecting my dance moves, spitting out rap verses and black vernacular. While it's obvious “our nation’s clothes, our language, our standards for entertainment, our sexuality, and our role models” were deeply affected by hip-hop, as Nelson George notes in Hip Hop America, at some point I began to wonder why a Brooklyn boy like me, with a strong Jewish and feminist identity, raised by two mothers through my formative years, would need this particular costume.

As I discovered, what attracts Jewish boys like myself to black masculinity is elementary. Growing up in America, boys learn to perform their gender, and engage in a constant battle to prove their manhood to peers every day through physicality, sexual prowess, violence, and all around braggadocio. So, who wouldn’t want to shift from being associated with Jewish masculinity, which is seen as feminine, weak-bodied, unathletic, gentle, studious, spiritual (i.e. “men who menstruate,” as UC Berkeley Professor Daniel Boyarin called it in Unheroic Conduct) to black masculinity, which James Baldwin described as like being a “walking phallic symbol,” and which racist mythology depicts as hyper-masculine.

Ironically, Jewish masculinity developed the way it did in exile, as a way to allow the Jewish people to survive. As Aviva Cantor tells us in her brilliant book Jewish Women/Jewish Men, the ideal of learned, peaceful men who exhibited “female values” such as “altruism, interdependence, and cooperation . . . [allowed] Jewish communities [to] maintain the cohesion necessary for group survival.” Cantor explains that ideally all violence had to be eliminated from the behavior of Jewish men because Jews had suffered enough violence from outside oppressors and concluded that “intracommunal violence was lethal.”

To reinforce the unique Jewish ideal, the Jewish male was contrasted with a lesser hyper-male — the goy — which was associated with despised activities like hunting, manual labor, and wars. Jewish society, in fact, turned the definition of male power and roles on their head, defining manhood as knowledge, learning, studying, and dedication to the the Torah. In turn, Jewish women were allowed to occupy the spaces the rest of the world considered masculine, including the role of breadwinning, which, in any event was necessary for economic survival in the diaspora.

Yet, in America, gender equity at work and in the public sphere often caused Jewish men to be enraged at their own women for feminizing them in the eyes of the majority. Jews longed for that Hemingway-esque brand of American masculinity, which was the standard by which we were measured.

So, although Jewish boys of my generation could look to the battle-hardened Jews in Israel, that was "over there." It did nothing for one’s daily task of proving masculinity here. Nor did rattling off the names of past Jewish sports stars like Sandy Koufax. Wearing baggy pants, posturing in black style, and repeating violent lyrics were far more effective and relevant.

Funny, then, that we were actually doing a performance of a performance black men have been doing to psychologically survive the fact of their lack of privilege and their diminished manhood. As black scholars like Robert Staples have written, in America, because they are often foreclosed from proving masculinity through economic success, the primary ways for Black males to exert their masculinity is through violence, toughness, hypersexuality and domination over women, and cool pose.

In his book Cool Pose, Richard Majors postulated that cool pose may have “originated as a coping mechanism for the ‘invisibility,’ frustration, discrimination, and. . .inequities faced by black males.” Bernard Wolfe tells us that “Negroes in our culture spend most of their lives ‘on’. . . Every Negro is to some extent a performer.” We take this aggressive posturing to be the most authentic, desirable form of masculinity, a “potential superiority” as Mailer called it, and we want it for ourselves. In truth, it is perhaps just the greatest performance of masculinity ever conjured by men. And this great performance, this coolness, has always been blended into black music, which has spread the desire for this performative black masculinity to the world.

Our perceptions of black masculinity are based on myths white men created to dehumanize black men. But we are captive to these myths inasmuch as we desire to make this imagined black masculinity our own. Baldwin recognized this too when he wrote that black people are a “target for everybody’s fantasies.”

Ultimately though, we have fallen prey to what bell hooks has termed the “commodification of otherness,” which she noted is successful because it promises to “liven up the dull dish that is mainstream white culture.” As long as the youth are taken with the cult of commodity, blackness will continue to be performed, put on like a pair of Air Jordans, and purchased in the latest rap track sold to us.

To return to Dolezal, there is a difference between the performance of race and gender exhibited during a rebellious, searching youth, even a desire to escape the bland nothingness that is whiteness and to prove manhood, and Dolezal’s delusional racial identity in adulthood. Eventually one must grow, mature, evolve and travel from boyhood to manhood as I did, stop performing and start being oneself and doing good things in the world — seeking social justice, raising the next generation with the right knowledge, and challenging the constructs of gender and race. In other words, one can appreciate and identify with black culture but you should "do you." And, if you wanna be an MC, don't do it like Iggy Azalea with a "blaccent" but like the Beastie Boys — with a nasal white accent and no fronting that you're black, and with an eye towards higher consciousness. That’s truly authentic, and that’s what I would call both keepin’ it real and acting like a mensch.

If you like this article, please share it! Your clicks keep us alive!
Tags
Rachel Dolezal
judaism
black masculinity
racism
gender bias