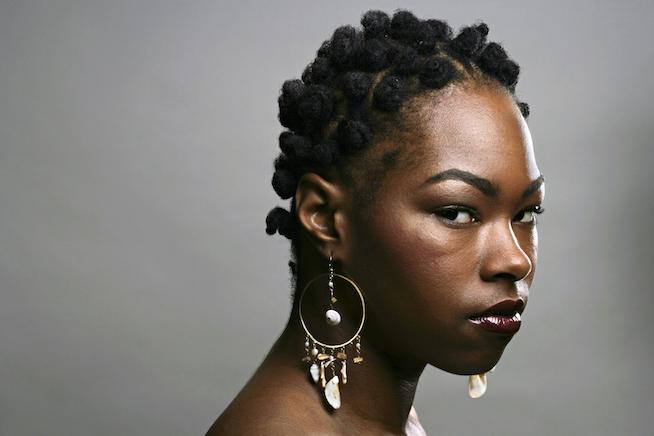 As black women, we often find our comments on Bill Cosby’s perverse behavior mocked, ignored, and dismissed by black men.

I live my life at the intersections of blackness and womanhood, which means my presence is doubly erased and my words often fall on deaf ears. Even in spaces created to challenge power structures that disempower black women, we often find ourselves seemingly shouting our grievances into the ether.

Designated black spaces often center black men’s narratives as central issues, while designated feminist spaces often center white women’s narratives as central issues. In the midst of women’s rights and racial justice work, black women still scour for narratives that are inclusive of our intersectional oppression. The white feminist movement routinely ignores the needs of women of color, but there is a special kind of pain that comes along with watching black women fight tooth and nail to be heard by black men on issues of sex and gender politics such as rape.

The Bill Cosby rape saga garnered more media attention this week when the judge in a 2005 civil case against Cosby was encouraged to unseal court records. In the documents, Bill Cosby admits to purchasing Quaaludes with the intention of giving them to women he wanted to have sex with, despite the fact that the drugs circumvent the women's consent to sex. With each new development, social media sees an influx of reactions of horror while others continually defend Bill Cosby, doing everything from enumerating his accolades and donations to victim-blaming the women and perpetuating conspiracy theories. As black women, we often find our comments on Bill Cosby’s perverse behavior mocked, ignored, and dismissed by black men. We are essentially told to put aside our womanhood and support a rapist because of the contributions he’s made to black culture, as if it is impossible to acknowledge an individual’s impact on culture and simultaneously condemn his role as a serial abuser.

The idea that black women are divisive for demanding recognition of our intersections in the black community is hurtful and harmful. Black women suffer at the hands of white supremacy and patriarchy every day — we are black and women every day. Yet black men continue to sustain the system of patriarchy which concentrates power in the hands of white-cis-hetero men, while demarcating power to marginalized people based on their proximity to that description. And if black men begin to acknowledge rape culture as a byproduct of patriarchy, they would then be forced to see their complicity in both. This means coming to terms with the fact that their views and behavior contribute to objectifying, dehumanizing, and violently violating women.

Many black men misread such illuminating critiques from black women as blame-ridden rants that once again dump society’s problems on the oppressed black man. Despite the fact that many black women are nuanced or contextual in these critiques of black patriarchy, our opinions as black women are simply not valued. These critiques come from places of frustration and love, frustration with constantly being erased and enough love for each other to continue to hold black men accountable. Black women have been forced to lead the charge of accountability, as we find ourselves victimized everywhere from streets and relationships to social justice actions and organizing meetings. Essentially dictating that we draw our attention from the task at hand to process our trauma and sometimes use it as a teaching moment for our abusers, burdening us even further. Although black women have historically borne the unbearable, the "strong black woman" trope strips us of our humanity and ignores the fact that many of us suffer deeply under constraints that disallow expression of our weakness.

Just as white supremacy is a system white people created that black folks have been forced to lead the charge of dismantling, patriarchy is a system men created that women have been forced to lead the charge of dismantling. But the issue of patriarchy in black spaces is complicated by black men and women’s shared oppression under anti-black systems, often leading black men to falsely believe they’re exempt from contributing to the oppression of black women as women. As they are not victims of gender-based oppression, many black men deny the existence of black male privilege, attempting to forfeit their responsibility in gender-based oppression against women.

White activists invoke the phrase “white silence is violence” to illuminate the harmfulness of racial indifference and stir white people to take responsibility in sustaining white supremacy’s genocidal pervasive presence. Black men, too, must recognize that their silence in the face of women being harassed, preyed upon, attacked, and raped is a form of violence. Just as white anti-racism activists have to deconstruct their racism, black men must be introspective in deconstructing their patriarchy, acknowledging their male privilege and teaching each other that gender indifference sustains the suppression of women and most brutally women of color, queer, and trans women.

Dismantling patriarchy is not an attempt to further marginalize black men — it is a call to free us all of the gender-based power structures that oppress us. With each step towards demolishing patriarchal culture, we create an opportunity to rid our society and social justice spaces of its pervasiveness protecting the lives of patriarchy’s victims.

If you like this article, please share it! Your clicks keep us alive!
Tags
Bill Cosby
patriarchy
Black patriarchy
black women
women of color