The Dangerous Dance Women Do With Numbers 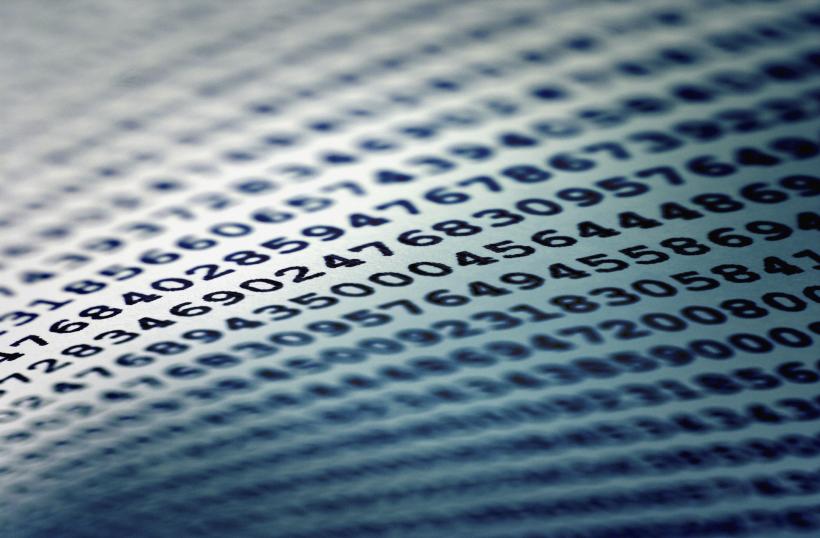 Do I laugh enough, read enough books, or exercise enough? Am I on track, will I be happy and successful? Is it too late, and am I too far gone to rebound?

There are these days that I feel like one of those progress tracking thermometers used for fundraisers and work projects, the kind that get hung up in lobbies of schools and in break rooms at work and on the lawns of churches. They're lined with checkpoints and they get colored in with each dollar raised or mile walked or pound lost. There's usually a giant finger pointing to the current status, calling out not really how much has already been accomplished but how much is left unfulfilled.

There are these days where I feel like I am completely subject to someone else's goals and someone else's measurements, my shortcomings blatantly displayed in a neat graph form. Everyone can see just how many notches I have left to get colored in, while they show off or try to unsuccessfully hide their own measurements.

There are these days where all I can do is feel like one number or another.

It was on one of these days that I paced back in forth in my Brooklyn bedroom, talking to my boyfriend about whose bed we were going to keep when I moved in with him in a few weeks. I was cradling the phone between my shoulder and my cheek, packing up my bookshelves and my desk, all the while debating which mattress was softer, which one would last longer, which one was worth more. I had my whiteboard calendar, which was three months behind, in my hand when I started to feel a cold layer of sweat creep across my forehead. I read an article in The Washington Post a few years ago that said nearly 50% of women have children by age 25, and as we talked about bedroom sets and kitchen appliances and moving vans, that number burst into my mind in a flash of red.

Twenty-five. Two-five. Barely three months from that exact moment where I sat, clutching a different time in my hand, literally. I couldn't imagine having a baby that year—I was making a career change, I was going back to school, I was in debt. I couldn't imagine being a part of the average, but what did that mean for me?

I was missing the mark that the average woman was hitting—I was behind and I didn't know how to catch up. These numbers morphed from mere digits dancing across my mind into solid numbers taking up space around me. They were heavy and hot and sucking up little bits of oxygen just as I was growing short of breath. Even after I got off the phone, I couldn't shake these numbers. In the bathroom mirror, I saw not only them staring back at me, but a whole baseball card style stat card complete with salary requirements, weight normalcies, marriage goals, and a neat little timeline for all of them.

Magazine covers, newspaper headlines, trends on twitter. It wasn't just a glaring "25" anymore, staring at me, judging me for falling outside of the timing norm for first-time mothers. Age wasn't the only thing I grew terrified of, but instead I found there were plenty of numbers—markers in time to check off, percentages to fill, averages to fall under or outside of—that gave me an overwhelming sense of paralyzing inferiority.

There's a convention that's been worked into everything from news reporting to casual conversation that insists the value of women must not only be quantified by income or number of children, but then also sorted into the normal and the abnormal. Read an article or listen to the conversation at the table next to you at the coffee shop or catch the morning news and you'll walk away with a new indicator of what percent of normal, average, and on track you are. It was weird for me, and it became and obsession.

I learned that I had sex more than the average couple in a serious relationship reported having, but my yearly earnings were just over 25% less than other college graduates my age. I felt better when I found out I was doing better than the 21% of 25-29 year olds living at home with their parents, but the thought of getting married in the next two years to become part of the "average" woman who said "I do" by 27 felt like a ticking time bomb. Do I laugh enough, read enough books, or exercise enough? Am I on track, will I be happy and successful? Is it too late, and am I too far gone to rebound?

I could do nothing but obsess over how I was weighed and measured across the hundreds of scales women are forced onto to every day. When I'd meet a stranger's eye on the train, I wanted to shout "I'm part of the 34% of women in their mid-twenties with a degree, and I might watch more television than the average American, but I promise I'm only a few decimal points away from the desired BMI of most adults my height. I'm trying, I'M TRYING!"

I thought a lot about people who couldn't be folded in to the averages to make myself feel better. I looked to writers I admired that broke the mold of what the average woman was expected to do at any given time. Harper Lee is a college drop-out (despite her honorary degrees); Margaret Atwood didn't publish her first fiction novel until she was 30; Jhumpa Lahiri didn't have kids until she was 35; Jane Austen never got married at all. I still had a chance at happiness and success if these women were able to accomplish so much despite their statistical handicaps, didn't I?

If these supposed oddities were able to find happiness outside of the expected course of action all women are to abide by, then we should be talking about them, shouldn't we?

But even when the outliers are being discussed, confronted, or celebrated, we are propagating this convention that women are only defined by percentages, averages, and statistics. Even when we celebrate the outliers, we are saying you are only an outlier—you are either on the outside or the inside, and you are on the outside. Bully for you. Forget your name, forget your passions, forget your mother and your father, because you're either average, normal, on track—or you're not. This numerical repression feeds the flames of sexism, classism, ageism, heterosexism, weightism, and every major prejudice women face daily. It quantifies women and their shortcomings, or what we perceive them to be. It trains our minds to see stats pop up like thought clouds above each woman's head, showing us who falls inside the norm and who falls outside of it.

There should be an entirely different conversation going on, one that shifts the focus away from quantification and instead onto qualifications. We should be talking about who women are, not what they are compared to a larger group of humans who share the same set of sex chromosomes as them. There are certain standards that should be upheld: kindness, honestly, humility.

There is not a scale or a contest or a score chart that we should keeping. I'm going to try and avoid feeling like a walking goal tracker being filled by someone else's hand. I'm going to start by drawing my own thermometer, coloring it however quickly I can, however quickly I want to. And eventually it will be gone all together—but I have to start by wiping my own baseball card clean, erasing the stats, tearing down the graphs. Because I won't be quantified. There is no number that will define me.