After Divorce: Who Keeps The Friends? 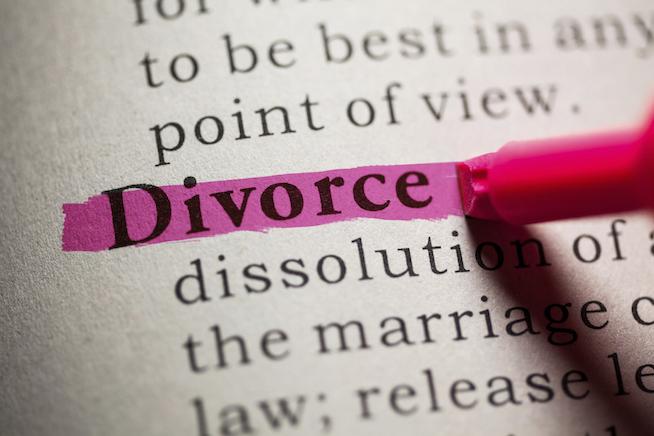 DO keep your friends out of it! Don’t use them as your spies to find out what he’s getting up to or constantly press them about what he’s been saying about you.

Breaking up is hard to do, especially when it boils down to splitting your shared possessions. So how do you decide who gets to keep your circle of friends?

No matter how amicable (or not) a breakup, divorce, or "conscious uncoupling" may be, the dilemmas that follow are endless. The important post-breakup task of splitting your household items is one of them. Arguing over who’s keeping the sofa, cable television, or the Game of Thrones box set is a common thing. After all, just how do you split everything down the middle when you’ve contributed half towards everything?

While tossing a coin or drawing straws would seem the fair solution, the battle usually becomes a full-blown war of the roses. The same rule applies to the circle of friends you’ve collectively accumulated over the duration of your relationship. Who gets custody of those?

If they started off as your friends, then it would be expected that their loyalties would lie with you. However, if you made friends as a couple, those unfortunate ones are resorted to choosing which team they’re on. Think of the Team Aniston and Team Jolie-Pitt T-shirts that were being sold after the high-profile divorce of Brad Pitt and Jennifer Aniston — your friends won’t have to take it that far, but as far as you’re concerned they might as well be! A separation has many far-reaching implications, and one of those is that friendships will become compromised.

So what happens when the split is acrimonious and your friends end up dumping you, too? Suddenly you’re treated as an outcast, and when you bump into them in the street, they pretend they haven’t seen you, even when you’re standing in the next line in Costco! While it’s inevitable that your friends will get involved in your love life in one way or another, it’s not necessary to drive them away. Here’s how to do just that.

How to happily have joint custody of friends:

1. DO act civil when discussing the breakup. Don’t go around badmouthing your ex to everybody you speak to, and don’t expect them to agree with you either. Tell them your side of the story and leave it as that. It’s up to them to make up their own judgments about the situation.

2. DON’T make them feel guilty or throw a tantrum if they’re still in contact with your ex. Often, a friend will want to try their best to retain their friendships with both parties (in theory). They don’t wish to choose sides, and you shouldn't try to make them. The last thing you want is to lose their friendship due to your pride.

3. DO keep your friends out of it. Don’t use them as your spies to find out what he’s getting up to, or constantly press them about what he’s been saying about you. More often, friends want to keep out of the crossfire. The last thing they want is to fuel it any further.

4. DON’T persuade your friends to not invite your ex to any of their parties or gatherings just because you can’t bear to breathe the same air as them. You don’t have to talk to him at all while you’re there, and if you feel uncomfortable, bring along a friend.

If you like this article, please share it! Your clicks keep us alive!
Tags
divorce
Love
Friends