Why I'm Giving Your Teenagers Condoms 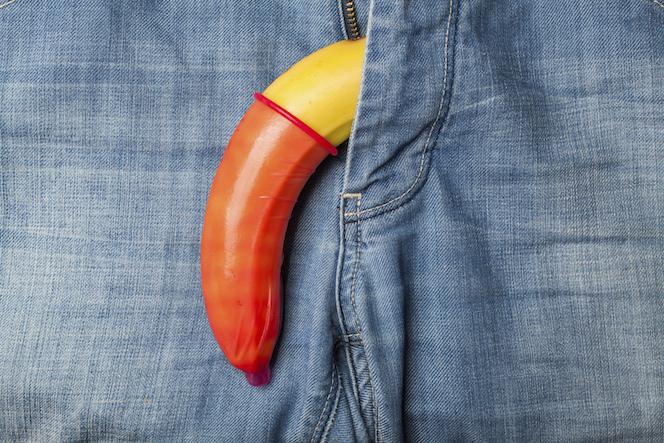 A few years ago, I discovered that I can beg my kids to learn about something forever, but the most effective method is to simply leave whatever I want them to read laying around.

I know this might be a shocking concept for some of my fellow parents of teenagers, but teenagers have sex. Probably even mine and yours. Feel free to throw back a cocktail and ugly cry about just how goddamn old we must be if our babies are having sex for as long as you need, but then let's get serious. Sex is kind of a big deal, and it's up to us as parents to send our teenagers down a safe and empowering path.

If you're anything like me, you've been torturing your kids with the basics of reproductive health since they first asked where babies came from. For years, my kids pretty much screamed and ran away in horror when I got to the penis-going-into-the-vagina part, but eventually I managed to get through even alternative methods of conception such as IVF. For a lot of years, that plus "Use birth control and a condom, for the love of God!" seemed like enough sex ed. But, somehow, somewhere along the way, my kids became teens, and their friends started having sex.

Now, I know my kids probably aren't having sex yet, because they rat each other out with nearly 100% reliability. This is also why I know not only which of their friends are having sex, but all of their sordid stories. So far, it's only one or two, but when my daughter's childhood BFF started "dating" and having sex with a boy three years older than her, who swears he's only still with his girlfriend because she's "too crazy" for him to leave, and she thinks that maybe it would be nice to have a baby so he never leaves her, I knew that we had hit DEFCON 5. That poor, duped girl is 14 years old, and it's time for me to plaster my teenagers' psyches with everything there is to know about engaging in safe and healthy sexual relationships.

Because I live in the progressive haven of Seattle, all of my kids and their friends have access to free birth control (including pills, shots, IUDs, and condoms) right in their high school nurse's office. Likewise, by the time that kids reach their teenage years, HIPAA protects their right to medical privacy. This ensures that teenagers can receive safe, effective birth control for free at school or even by visiting their doctor.

However, if you've ever met a teenager, you know that roughly 75% of them will never willingly walk into the school nurse's office and ask about birth control. But, even if they do, they still won't necessarily know which form is best for them, and they certainly won't be given the advice they need to dump that player and move on already. That's where us parents come in. Except, of course, that half of our kids won't talk to us about the ins and outs of sex and relationships.

A few years ago, I discovered that I can beg my kids to learn about something forever, but the most effective method is to simply leave whatever I want them to read laying around. I subscribe to magazines and order books, throw them on the counter, and wait for the magic to happen. Within days, my kids are jabbering about astrophysics and European history, while I kick back and toast myself for being a genius.

With that idea in mind, I decided to put together a basket of sex items that I thought my teens needed, beginning with a box of condoms and lube. Within an hour, they had stolen the basket and rushed it downstairs to show their friends. The insert about how to put on a condom properly never made it back to the basket, and the group of them sat downstairs talking about safe sex for an hour. Victory #1!

But safe sex doesn't end with condoms by a long shot. I've begun accumulating far more than that: Condoms, yes, but also dental dams and lube, comparisons of different types of birth control (including how to get Plan B), where and how to get an abortion, and pamphlets about everything from STDs to eating disorders to signs of an abusive relationship. I'm also going to add a few books about sex to the basket, including information that is inclusive to all gender identities and orientations, plus information about suicide and domestic violence prevention and hotlines. Not to mention a big stack of comic strips that explain the concept of affirmative consent.

This basket will live in the teenagers' bathroom, where all of their friends will see it, and where any teenager who visits can learn and grab a few supplies. That's right: I'm going to give your teenagers condoms and information about where to get an abortion.

It's been suggested to me that I'm overstepping my boundaries by making safe sex supplies available to other people's kids. These very concerned folks tell me that it's up to their parents to decide how to handle delicate topics like sex. And I might agree with them if I didn't know that their kids already have access to these items at school and at the doctor, whether their parents agree or not.

I understand that some parents may disagree with me, and that they might even ban their teens from coming to my house. Hell, that's fine by me. My house has become the teenager hangout, and I am more than willing to spread that love around! But, more importantly, I respect the right of other parents to decide where their kids are allowed to go. What I do not respect is the idea that our teenagers' sexuality belongs to us or is something for us to control. Our kids' bodies belong to them, and it is especially important that we recognize their bodily autonomy as they become teenagers and begin to explore their sexuality.

So, my little basket of sex supplies will live in my home, for my teenagers and yours, and hopefully it will help all of them to explore their sexuality safely and without shame. A positive sex life is an important part of adulthood and, while we may not be ready for the idea that our kids are having sex, the reality is that they are. Let's help them do it safely and positively.

If you like this article, please share it! Your clicks keep us alive!
Tags
condoms
teenagers
Sex
safe sex